In addition, Syrian photographer Abd Doumany received a second prize in the "General News stories" category for his series on child victims of aerial bombardments in Douma.

Herewith are some of the blogs that the prize winners have written on their experiences. 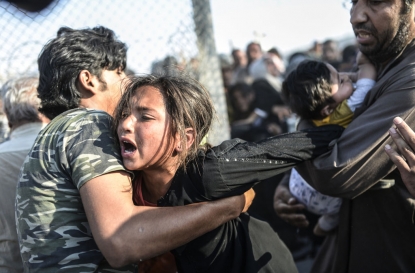 Syrians fleeing the war rush through broken down border fences to enter Turkish territory, near the border crossing at Akcakale in Sanliurfa province on June 14, 2015 (AFP Photo / Bulent Kilic)

"We have been on the Turkey-Syria border for a week now, within sight of Tal Abyad where Kurdish forces are battling Islamic State jihadists for control," writes AFP's Bulent Kilic. "On Sunday, June 14, thousands of people fleeing the fighting suddenly appeared from behind the hill and swarmed down towards the border fence. Everything happened in five minutes. It was like a Hollywood film."

"I have been photographing this refugee crisis for nearly four years now, but yesterday was different. Almost every woman had children with her. I have never seen anything like it." 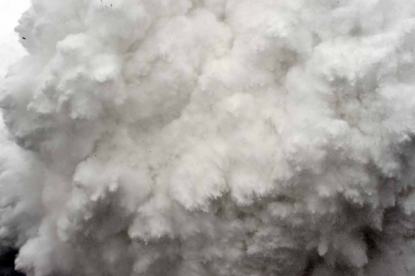 Roberto Schmidt, AFP’s South Asia photo chief, and Kathmandu bureau chief Ammu Kannampilly had just reached Everest base camp on assignment on April 25 when an avalanche - triggered by the earthquake that has killed more than 5,000 in Nepal - thundered down the mountain leaving at least 18 people dead. This is the story of their near-fatal experience. 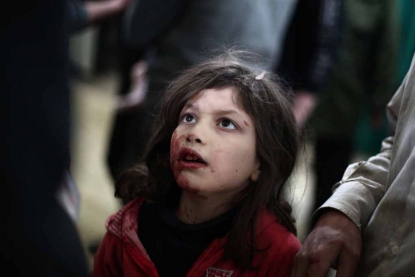 "It’s an airstrike that wakes me up, just near my house in a rebel-held part of the Damascus suburbs," writes AFP photographer Abd Doumany. "It’s 8.30 am. I think at first it’s just the one, but my hopes soon fade with the sound of another strike. And another. The bombing doesn’t stop until sunset. The government jets target everything. Apartment blocks, mosques, schools, even a hospital. I see it as my duty to document people’s suffering. I also think it hurts much more, every detail, every story, because this is my home and these are my people." 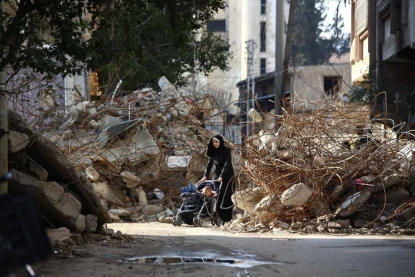 "This was a crowded market before the Syria uprising. It’s one of the worst-damaged streets in Douma, the rebel bastion in the suburbs of Damascus that has been under government siege for more than a year now," writes Abd Doumany. "People are certainly not safe to venture outside, but they have to." 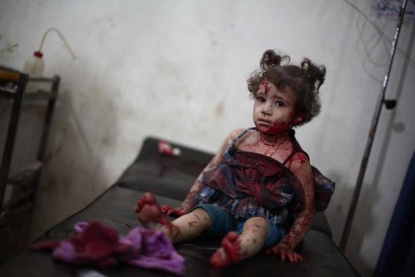 Douma is a Syrian rebel Bastion. A city of 200,000 just northeast of Damascus, it has been under siege for more than a year by forces loyal to President Bashar al-Assad, and has been hit practically every day by heavy artillery fire and air and ground raids.

"I head to the hospital each time an intense bombing or air raid hits Douma to document the attacks", says Abd Doumany, a freelance photographer that works for AFP. "At times when I arrive, it is as if I've entered a nightmare".