DOUMA, Syria, February 6, 2015 - It’s an airstrike that wakes me up, just near my house in a rebel-held part of the Damascus suburbs. It’s 8.30 am. I think at first it’s just the one, but my hopes soon fade with the sound of another strike. And another.

The bombing doesn’t stop until sunset. The government jets target everything. Apartment blocks, mosques, schools, even a hospital. The assault is in reprisal for a major rebel attack that left 10 dead in the capital the day before. As I have taken to doing in such cases, I head down to the makeshift clinic, where I witness the most awful scenes you could imagine. 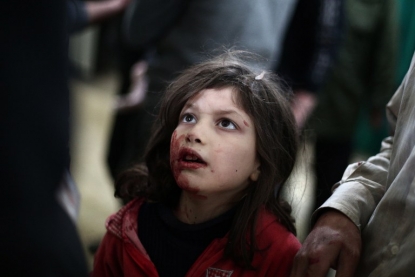 The medical situation is appalling. Blood everywhere, Children screaming and women crying. From what I can see, half the injured are women, although we cannot take their picture in these conditions, out of respect.

After that, I decide to climb up to the roof of a high building, as the only way to cover what is happening. It’s highly dangerous with all these bombs falling around me. 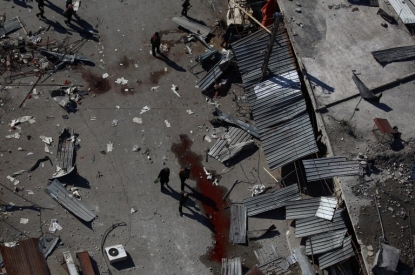 We have experienced many government strikes here in Douma, East Ghouta, but this was the worst since the start of the conflict four years ago. I counted more than 35 strikes. I hear the Syrian Observatory for Human Rights says they killed at least 82 people, 18 of them children.

I know these are terrible scenes I am documenting. But behind them there is unseen horror too. The images I don’t use – the ones too shocking, of people without limbs or heads - hurt me for nights on end. They’re impossible to get out of my mind. 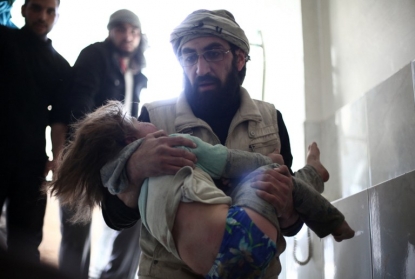 A man carries a wounded child at a makeshift clinic in Douma, Syria on February 5, 2015 (AFP Photo / Abd Doumany)

For 18 months of the conflict I was forced to stay at home after I was injured in the leg by sniper fire. It pained me that the world knew so little of what how terrible the situation is in Syria, and in my city in particular. And I could do nothing about it.

Once I recovered, I started documenting what I saw as rights violations in my city. I have focused on photographing the wounded because I know personally how that feels, having been injured several times.

I have never covered conflict in another country. But I am certain it is different to report on it at home. 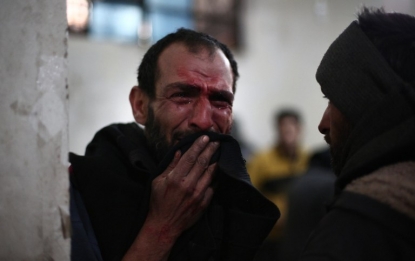 I see it as my duty to document people’s suffering. I also think it hurts much more, every detail, every story, because this is my home and these are my people. There are also a lot of scenes that you don’t document out of respect.

Each person has their own story. In better conditions, I talk with the wounded and ask them about themselves. Sometimes that can help them feel better. But in moments like this many are not able to talk. And there is simply no time for talking.

Abd Doumany is a freelance photographer and AFP contributor based in Douma, Syria 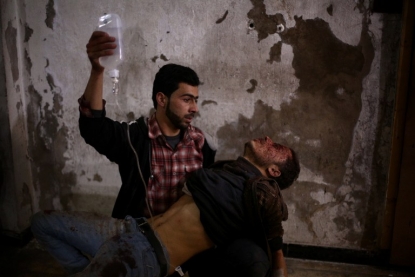 A wounded man at a makeshift hospital in Douma, Syria, on February 2, 2015 (AFP Photo / Abd Doumany)