This is part of a year-end photo series spotlighting eight images of beauty or hope, taken in times of war, crisis and upheaval.

DOUMA, Syria, December 27, 2014 - This was a crowded market before the Syria uprising. It’s one of the worst-damaged streets in Douma, the rebel bastion in the suburbs of Damascus that has been under government siege for more than a year now.

I was out shooting pictures of daily life in the town, when I saw the site of an airstrike. At least seven people were killed in the raid. Two of them were still buried under the rubble.

I know nothing about the woman in the picture, but it's fairly normal to see a scene like this in Douma -- a mother pushing her child in a stroller. 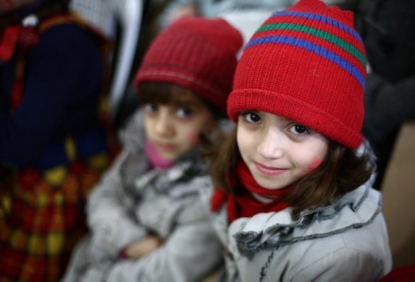 There are two kinds of mother here.

First, the kind who prefer to take their children with them, wherever they go. “It's not safe anywhere here , so why not to take them,” is their thinking.

The second kind prefer to keep their children inside their home. My own mother falls in this category. She prefers to keep my siblings at home when she has to go out . "Although it's not safe anywhere, at least I feel like I am doing my best to keep them safe,” she says. 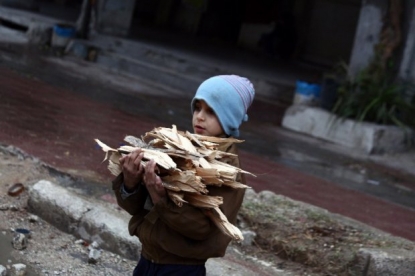 The situation in Douma is getting worse all the time. People are suffering from the siege and the shelling, as I wrote about in an earlier blog post. They lack everything: medicine, food, water, fuel and electricity.

People are certainly not safe to venture outside, but they have to. You know life must go on, however the situation is. It's hard to believe, but sometimes on the bloodiest days, when I go to cover a bomb attack, I expect to find empty streets but I find people outside working, heading to schools and shopping just 50 metres from the airstrike site.

"Whatever happens we have to feed our children." That is what they all say.

Abd Doumany is a freelance photographer and AFP contributor based in Douma, Syria. 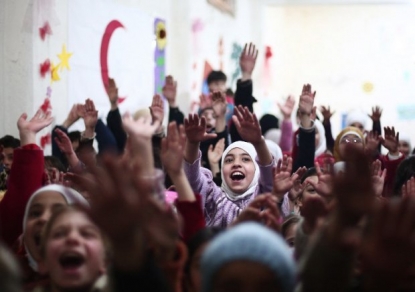 Joy amid the bloodshed