The "scene has played itself out repeatedly during my six reporting trips across Yemen over the past year," writes Anuj Chopra, a reporter based in Saudi Arabia.

"Food is always aplenty, sometimes enough to feed a battalion." 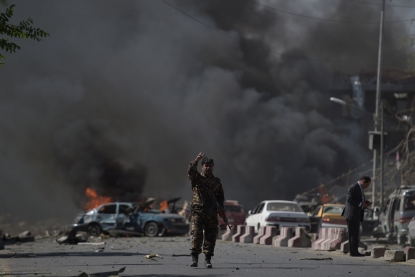 "Dread tingled down my spine as I scanned the crowd for my colleague," writes Anuj Chopra, looking back on his two-year posting as AFP Kabul bureau chief that wrapped up recently. "He’d disappeared into the group of revelers only seconds ago. It felt too long."

"His phone finally rang. It was probably my 18th or 19th attempt," writes Kabul-based correspondent Anuj Chopra.  "I had nearly given up when the call finally went through...But to my dismay, when he answered, he refused to talk -- perhaps out of fear, perhaps out of shame. 'Your report won’t change anything,' he said over the scratchy line, before hanging up.

"Listening to the birds warbling in the trees, I came to a sobering realisation. I was trying to break through an invisible wall of silence. As a journalist I have never felt more alone in the quest of a story. A story that no one wants to talk about. A story shrouded in a miasma of shame.

But "the story had to be told."

"His milky eyes were the saddest that I have ever seen," writes Anuj Chopra, Kabul bureau chief.

"Those eyes -- the eyes of a teenaged boy kept as a sex slave by a police commander in a godforsaken corner of southern Afghanistan -- screamed for help. In silence." 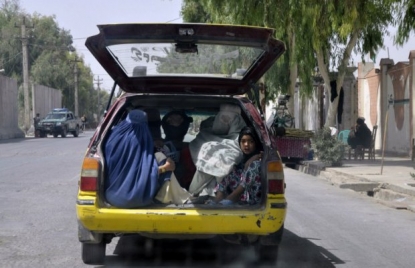 Hong Kong-based AFP editor Anuj Chopra recently returned from a reporting mission to Afghanistan. In a heavily male-dominated culture, one of his biggest challenges was trying to find women to talk to for his stories.