Zermatt, Switzerland -- Switzerland, I thought, would be safe. For the past three years, vacation trips with my family have been disasters. Literally. Natural disasters, to be precise, as we’ve been hit by typhoons on trips to Taiwan and Japan. So this year we decided to play it safe. Switzerland. No typhoon danger there. Just great skiing in the picturesque Alps.

We forgot about the avalanches.

I arrived in Zermatt with my girlfriend and daughter on January 3rd, in the middle of a snowstorm. What more could a skier and two snowboarder chicks want? There was a bit too much of the good stuff, so we couldn’t hit the slopes that day. Or the next. But then two days of heavenly turns under blue skies. Then another storm hit on Monday, January 8th, so the lifts closed early. 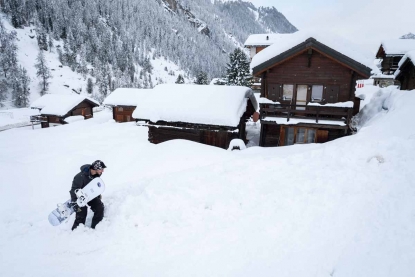 Too much of the good stuff across the Alps. A snowboarder in the resort of Zinal in the Swiss Alps on January 9, 2018. (AFP / Fabrice Coffrini)

I ski a lot, so I guessed that the noise was an avalanche, but thought it was a controlled one (when authorities deliberately set off avalanches to make the slopes or roads beneath them safe). “Wow, they’re really working early today,” I thought as I glanced at my phone and saw the time. But something was off -- for one it sounded really close and instead of the usual one or two loud bangs that normally accompany such controls, there were five roars.

Turned out it was an avalanche that buried the highway and train tracks, trapping everyone inside the picturesque resort. 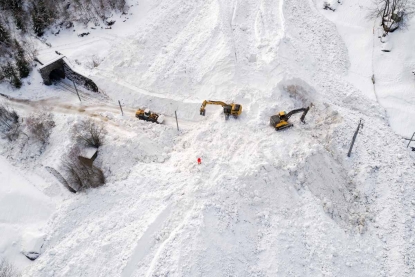 Excavators remove snow of an avalanche the covered the railroad tracks between Visp and Taesch in the Swiss Alps, January 10, 2018. (AFP / Fabrice Coffrini)

Then I noticed that the power was out. I looked outside. The whole town was dark. The hotel we were in didn’t have a backup generator, just emergency lighting in the corridor. It was still snowing heavily, so I went back to bed, grumbling to myself that the lifts will probably be closed again because of the weather.

The power was still out when we woke up a few hours later. We showered by the light from our mobile phones and went down to have breakfast. Most of the other guests were already down there, questioning the hotel staff, who were showing a video of the monster avalanche, taken with CCTV cameras, that the local radio station posted to its website. Everyone was laughing at this one guy, who appeared to be tipsy and returning home from a night out when the avalanche struck, forcing him to run like the wind.

That’s when we got the news -- the town had been cut off; there would be no skiing because all the lifts were closed and this was the first time in 20 years that the avalanche warning was this high (level 5 out of 5). We had two more nights booked, so we weren’t too worried about departure. About six other guests were quite upset at not being able to leave to catch their flights. The remaining guests seemed to be Russian and not too bothered about anything. 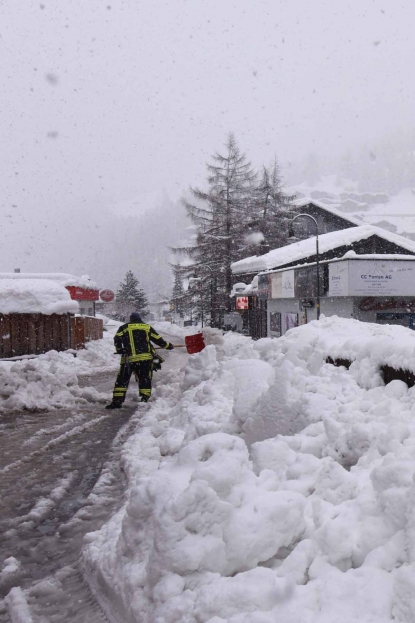 As soon as I heard that the town was cut off I switched from my vacation skier mode to my journalist working mode. I grabbed my travel camera and my only lens and walked down to the train station. It was chaos.

The trains had stopped running at 5 pm the previous day because of the heavy snow, so the station was filled with tourists just waiting for news of their trains. They had already checked out of their hotels, so they had nowhere else to go.

Emergency crews were working at the station trying to remove the snow from the tracks, while other crews blocked the roads leading to the area hit by the avalanche.

The shops opened around 10 am, people began to come out and the restaurants quickly filled up. The shops did great business that day, as they had a market of some 13,000 bored people with little else to do.

I spent the day shooting photos and videos while my family wandered around town, shopping. Most people were chill.

The next day, Wednesday January 10, people began to get frustrated. Especially when the first train due to leave town at 11:15 am was cancelled. That’s when people began to drag their luggage to the helicopter pad. Taxis became rare, as most people waited inside their taxis on the road leading to the heliport, rather than wait outside in the cold. 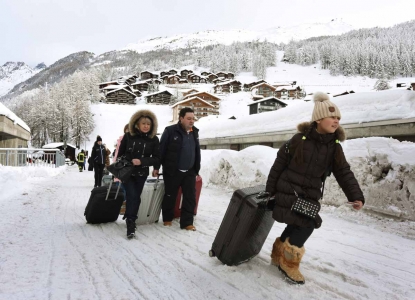 Covering a natural disaster in style

I have covered lots of natural disasters, including earthquakes in China and Japan, floods in various countries, hurricanes and wildfires in the US. But this time was a bit different. This was the first time that I was able to shoot people evacuating, and then head to one of Zermatt’s Italian restaurants, to be served an incredible meal and a bottle of excellent Tuscan wine. Covering a disaster in style.

I have to say, being trapped in the picturesque resort at the foot of the iconic Matterhorn peak was not as strenuous as one may expect. The locals were quite accommodating. The shops, which usually close for a siesta between noon and 2 pm, stayed open to cater to the tourists, who had nothing else to do. Restaurants and bars did a booming trade, and it was very hard to find a table. 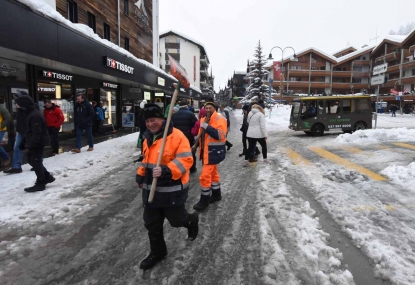 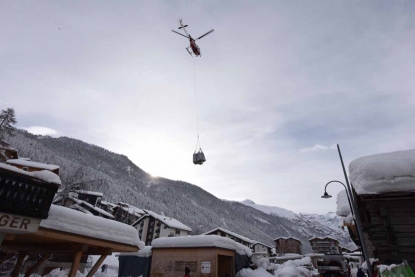 Help for the needy. A helicopter brings in fresh linen for Zermatt hotels on January 10, 2018. (AFP / Mark Ralston)

Our hotel staff smiled sweetly, told us to relax and write some postcards. My 17-year-old daughter kept her friends at home up to date via her phone.

Those upset the most seemed to be the skiers. All they could do is look up at all that fresh snow, just waiting for turns -- because of the high avalanche risk, all the slopes were closed.

Some people managed to get a helicopter out on Tuesday afternoon, but not many, as the weather was still bad. More flights became available on Wednesday morning, but since the lines were long, many people gave up and just waited for the trains, which resumed service later that night. 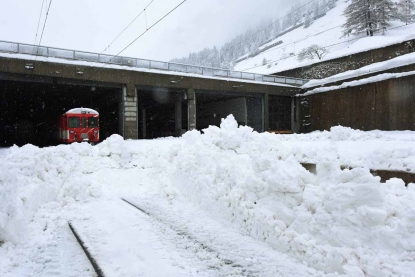 Disaster of a ski holiday

We left on Thursday as planned but the trip took all day. We took a train to Tasch (the normally 12-minute journey took an hour), then rushed to get a place on the bus that took us down to the train station at Visp, where we caught a train to Zurich. We ended up spending the night at Zurich and were treated as mini rock stars by the locals when we told them that we had come from Zermatt.

Overall, it was a disaster of a ski holiday. Out of nine days, we ended up skiing only two full days and three half-days. In the middle of it all, my boss was nice enough to text me something along the lines of “Remind me never to go on vacation with you, disaster will surely strike.”

Then again the restaurants and the quality of the food helped ease the pain somewhat. And the stoic Swiss, with their ‘what do you expect, it’s winter, go write some postcards’ attitude helped keep frustrations under control. It was an easier disaster to deal with than, say, a hurricane or earthquake.

Next year, I think we’ll ski in California, where we have blue skies and man-made snow. But with my reputation for vacation disasters, I might be going it alone... 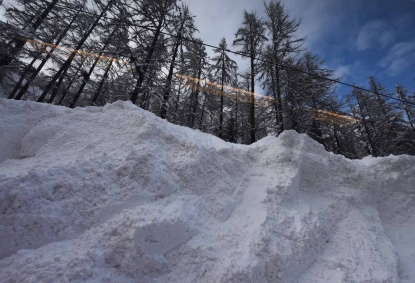 Remains of an avalanche. The Zermatt to Tasch train passes by an avalanche on January 11, 2018. (AFP / Mark Ralston) 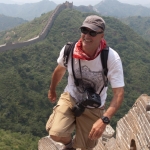 Photographer based in Los Angeles.
All posts 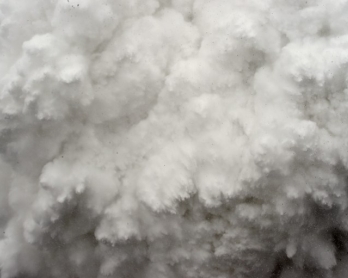