In this photograph taken on May 5, 2017, lotus flowers blossom in the Khao Sam Roi Yot national park in southern Thailand. For the first time in a decade a Thai lake has given up its dazzling secret -- the pink blooms of tens of thousands of lotuses. The sea of colour in Khao Sam Roi Yot national park, three hours south of Bangkok, is a show-stopping feat of nature that has tourists pouring into the area. / AFP PHOTO / Roberto SCHMIDT (AFP / Roberto Schmidt)

Prachuap Khiri Khan, Thailand -- When we heard that the lotus was blooming once again after 10 years, we had to do a story on it. The flower is considered sacred in Thai culture and the idea of seeing hundreds and hundreds of them blooming on a lake was too good to pass up.

We always look for good features to do during downturns in hard news and what could be more visually spectacular than finally seeing the national flower in bloom?

“Nelumbo nucifera” is sacred to both Buddhists and Hindus and can be found all over Asia, with many deities often depicted as seated on a lotus flower. I think it has come to be associated with purity and beauty in these religions because of how it grows -- an aquatic plant, the lotus grows like lilies do and always looks so clean and pure against the murky water from which it is emerging. In addition to heavy symbolic use, parts of the flower are used in everything from offerings at shrines, decoration and cooking. 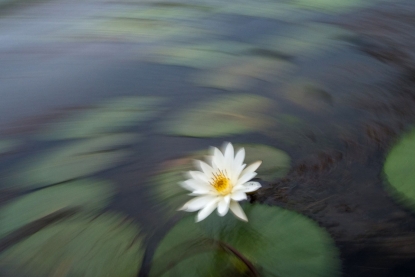 In majority-Buddhist Thailand, the flower is known as “bualang” but because of a drought and pollution it has not been seen in the Khao Sam Roi Yot park in nearly a decade.

To do the story, however, we had to get permission first. We applied and got permission from the tourism department, who warned us that despite the green light, officials at the park may not be so accommodating.

We got to the park very early, in order to catch the beautiful dawn light. It’s always best to photograph early in the morning and late in the day, as harsh daylight swallows up texture and colors. Around six o’clock in the morning, we set out on the lake with the local villagers, in their wooden canoes. 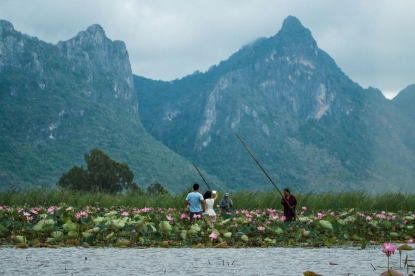 The lake, surrounded by mountains, was pretty -- not breathtaking, but pretty.

We had to work very quickly as weather did not look like it would cooperate with our efforts. Soon after we went out on the water, the wind came up and was so strong that the drone we sent up to get aerial footage could only stay up for a few minutes. We managed to shoot for about a half hour before the monsoon rain began pouring down. 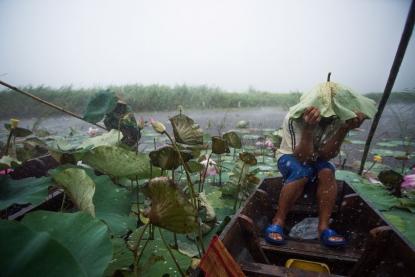 It was such a quiet and beautiful and peaceful scene. There are few things more beautiful than being in nature in early morning light.

But no sooner were we out on the water than our dreamy environment began to turn dark. The wind picked up, the clouds moved in, the light faded and we were soaked by a monsoon downpour. There was little place to hide, but our guides were very smart and pushed their long boats into a patch on tall grass, where we were a bit more sheltered from the driving rain and lightning.

When we came back, not-so-happy park rangers were on hand to verify what we were doing. The park director told us that the park wasn’t in an ideal state. The rangers were busy planting to restore the greenery, but their efforts hadn’t yet borne fruit. He also said that he feared that stories like ours would result in a surge in visitors that could harm efforts to revive the place.

As usual in Thailand, things were a bit more complicated than what they appeared at first. The lake has suffered from pollution of nearby villagers. But it’s a politically sensitive issue and the park authorities did not want to discuss it. 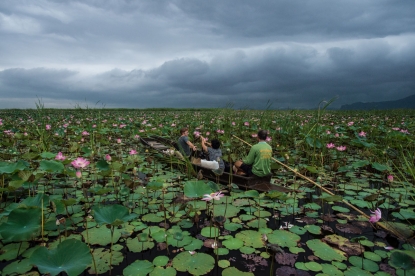 The situation was in fact a bit of a paradox. Tourist officials in Bangkok are promoting the lake to increase tourist flow. Park rangers are more concerned with preservation.

The story of the lotus flower on the lake was a bit emblematic of many stories in the country. We find what we think is a good story with nice images, but when we get to the spot, we learn that things aren’t exactly as they appear. So it’s always best to go see for yourself. You can’t beat the scenery.

This blog was written with Pierre Celerier and translated into English by Yana Dlugy in Paris. 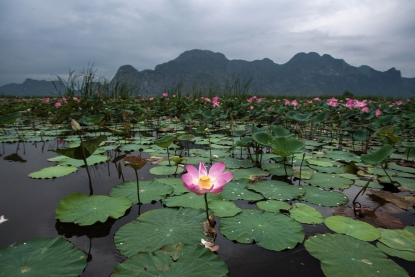 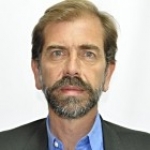 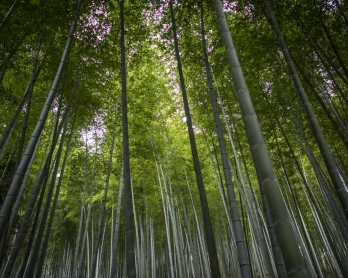 A bit of magic 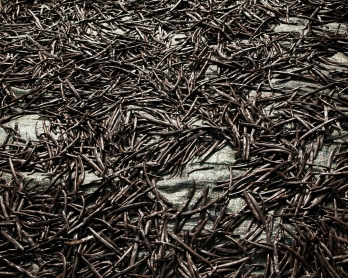