Sambava, Madagascar -- Every year around this time, the lush green hills of this corner in northeastern Madagascar fill with the unmistakable, pungent smell.  You can’t get away from it, it seeps into your clothes, your hair and for the uninitiated like me, it can make you dizzy at times. It wafts through the streets of Sambava, especially those around the warehouses where the origin of the aroma is stored, before its journey to all corners of the globe. It’s vanilla harvesting season.

Vanilla is one of the things that my island nation has become known for, as it produces some 80 percent of the world’s second-most expensive spice (saffron is the first). Funnily enough though, we don’t use it in cooking. In my house, we’ll stick a pod into a jar of granulated sugar to flavor it, but that’s about it.

That’s because the spice isn’t native to the land. It was brought by Westerners, who discovered vanilla in Mexico in the 1500s and introduced it to Europe along with chocolate. But today the beloved spice so ubiquitous in cooking elsewhere, it is the main way for make a living for many Madagascans. 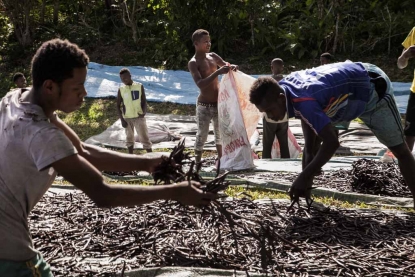 In the hills around the town of Sambava, where I came to shoot the annual harvest, it is quite simply the only way to earn a living. There is no industry, there is little other farming. 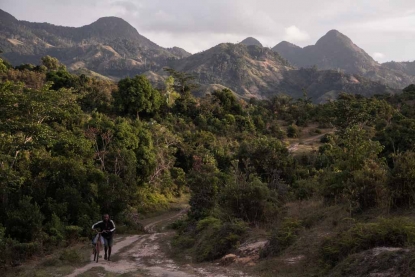 A vanilla plantation nestled in the hills. (AFP / Rijasolo)

Officially vanilla harvesting season is not supposed to begin until June 20. The government imposes this date in an effort to control the trade and avoid the speculation that has led to vanilla prices jumping to around 60 US dollars per kilo in 2014 to as much as $220 per kilo today. 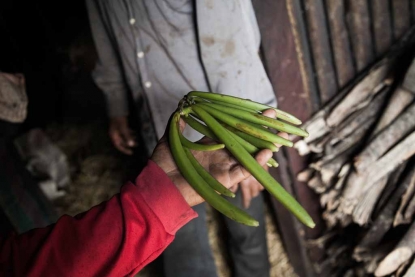 But the places where vanilla is harvested are very remote and the chances of a government inspection coming are slim to none, so most farmers begin the harvest well ahead of time. But they are nevertheless quite wary -- the two farms that I visited initially refused for me to take pictures. They only agreed after I assured them that I was working for an international agency and that the pictures wouldn’t appear locally. Had I been a reporter working for a daily in Antananarivo, they would have refused outright. Exposure in the local press would likely result in a police raid that would shut them down. 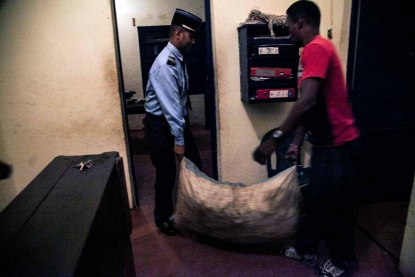 The reason why vanilla is so expensive is because the process of preparing vanilla is quite difficult. First you have to pick the green stalks. Then you cook them -- that’s what turns them brown. And then you have to dry them in the sun for two hours a day for about 15 days. This means you spread them out in the sun, and two hours later, put them in sacks again. Which is quite labor intensive and difficult. And you can’t just leave it outside, because then someone will steal it. 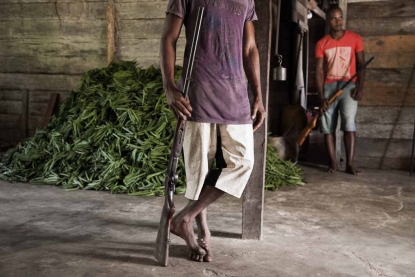 So every day you have men carrying sacks of vanilla stalks, spreading them out in the sun, gathering them up. And that’s what they do every day for two weeks. 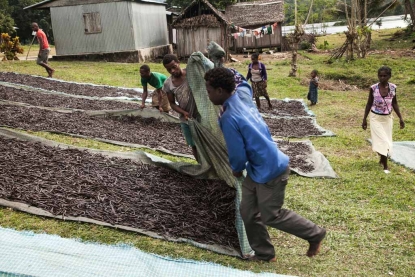 Gathering up the vanilla after the daily sun-drying session. (AFP / Rijasolo)

After the vanilla is ready, it has to be sorted according to quality. Women usually do this. Every stalk is inspected and put into its respective pile, according to its quality. 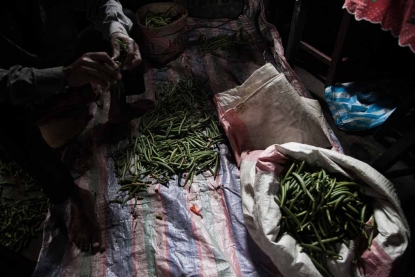 The hills around Sambava are dotted with villages and basically in every village you have a vanilla farmer and during the season, he hires what sometimes seems like an entire village to harvest the vanilla. Which gives the whole affair a family atmosphere. 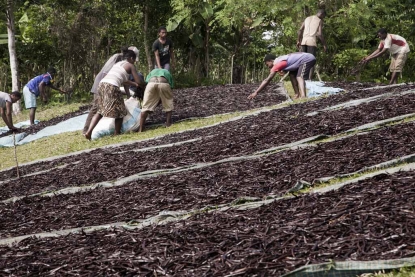 And that’s what struck me, is this family ambiance. The people are warm and welcoming. They’re doing hard work, but the atmosphere is generally happy and relaxed. They often sing as they work in groups. The people in the town of Sambava are more stressed.

And because you have this warm, relaxed atmosphere and the same people working for the same person year in and year out, there is a more intimate relationship between the farmer and the workers. For example, when I was there, one of the workers had a child with health problems and the farmer gave him money so he could treat the kid. 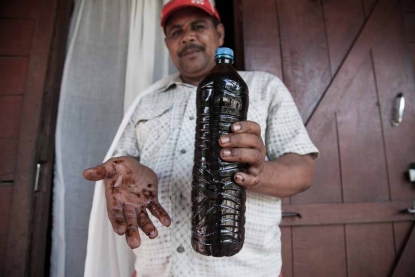 The workers usually earn about 1.50 USD per day. The season lasts from June to September and a big farmer during that time can get three tons of vanilla.

The farmers are generally well off. They have big houses, a car, they can send their kids to school. And the workers, I know that the salary doesn’t sound like much, but for the area it’s a decent wage and the fact that they have work is already something in this region. I would say that the livelihoods of 85 percent of the people in the region is dependent on vanilla in some way. 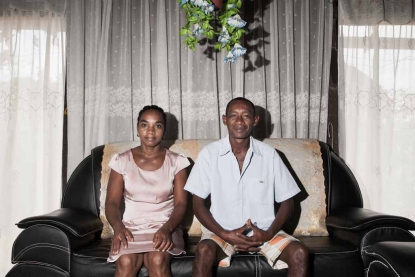 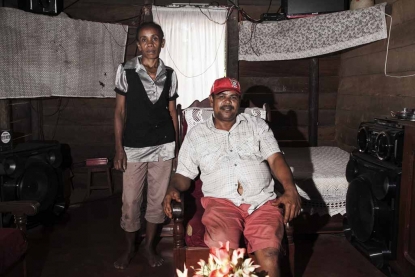 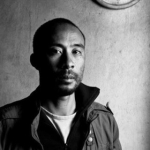 Photographer based in Antananarivo
All posts