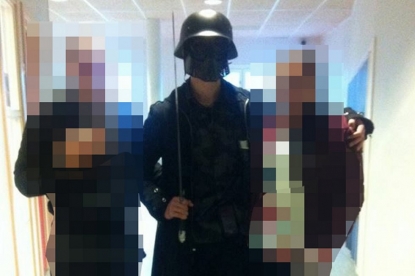 "I knew I was in a different world when my daughter didn’t even cross my mind as I rushed to cover a deadly attack on a school," writes AFP reporter Mai Yaghi, who reported for years on violence in her native Gaza Strip and is currently on leave in Sweden, where she recently covered the bloody assault on a school in Trollhattan. " In Gaza, my children were my first worry when I headed off to cover attacks and wars." 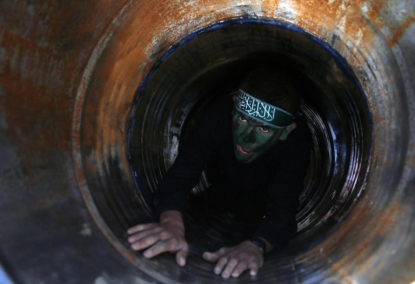 At the Hamas youth camp

"We’ve been given a meeting point at the Yarmuk stadium in Gaza. My colleagues and I are here to watch thousands of youths ‘graduate’ from a training camp run by Hamas’s armed wing, the Ezzedine al-Qassam Brigades," writes AFP's Mai Yaghi. "Each year since taking power in Gaza in 2007, the Islamist movement has staged 'summer camps' for boys aged 14 to 21 in the Palestinian enclave, dispensing religious education and combat training with the aim of 'resisting' sworn enemy Israel. But with swathes of Gaza in ruins following last year’s 50-day war with Israel, a record 17,000 youths enrolled for a week-long camp in January, overseen for the first time by Qassam militants."