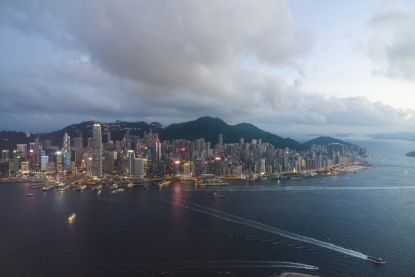 "Hong Kong had quickly won me over with its energy, its pride in its idiosyncratic identity and the juxtaposition of its Bladerunner urban skyline with its trail-laced jungles and outlying islands," writes Laura Mannering, who is leaving after six years in the city, four of them as AFP's bureau chief for Hong Kong and Taiwan.

"But it is only in the past few months that I've become aware of the popular idiom translated as 'Kill the Chicken to Scare the Monkey'."