Arbil -- When I photograph the women fighters fighting Daesh, it reassures me that there is justice in this world. Daesh, as the Islamic State group is known around here, has mercilessly killed and raped women, children and the elderly. And here you have girls leaving everything to go and fight them. It gives me faith that there is some justice in the fight between good and evil, between light and darkness. 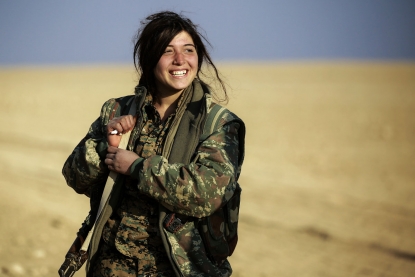 Rojin, a 19-year-old female Arab fighter among the Syrian Democratic Forces (SDF), made up of US-backed Kurdish and Arab fighters, stands in fatigues carrying a machine gun near the village of al-Torshan, 20 km on the outskirts of Raqa on February 6, 2017. (AFP / Delil Souleiman)

I love focusing on the women fighters and photographing them, recording for history how brave these women are. When you see a woman fighting, it’s a very enjoyable thing to photograph because it gives your picture beauty and shows that they can fight as well as men. There are only subtle differences between women and men fighters. When I shoot male fighters, power features more prominently in the photos. With women, there is more delicacy and beauty. I guess that’s also why I focus on them more. It makes for a more beautiful picture, adds depth to the story, and records for history how women are on the front lines taking on the Islamists. 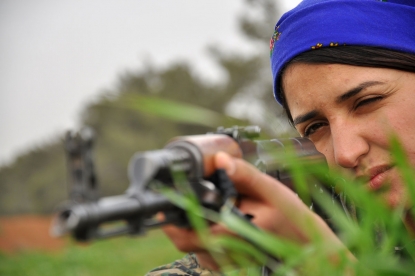 A Kurdish female fighter of the Women's Protection Units (YPJ) aims her weapon at a training camp in al-Qahtaniyah near the Syrian-Turkish border, on February 13, 2015. (AFP / Delil Souleiman)

Female fighters have their own companies. From what I’ve seen, they are cleaner and seem more organized than their male counterparts. When you visit their quarters, you know right away that women live there, even if it’s on the battlefield, because the quarters are much cleaner and nicer. The men’s quarters are much messier.

Women and men can work together in the battlefield. Every once in awhile, you’ll of course have men joking with the women fighters, saying that women snipers aren’t as good as men at killing Daesh fighters. This usually bothers the women a lot, because they are very proud of their fighting abilities. 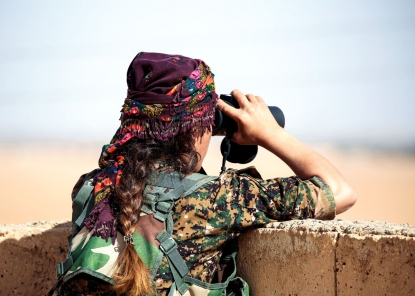 Shirin, 25, a member of the Kurdish female Women's Protection Units (YPJ) views the battlefield with binoculars from atop a house in the Syrian village of Mazraat Khaled, some 40 kms away from the Islamic State group's (IS) de-facto capital of Raqa on November 9, 2016. (AFP / Delil Souleiman)

There is no one single reason the women give for having decided to take up arms. I have met Yazidi fighters in Sinjar, who told me that they started fighting after losing homes and siblings to the jihadists. Daesh has been so horrible to the Yazidis, raping and killing. These women said they took up arms to regain their dignity and to take vengeance against the terrorists.

Other women fighters on fronts near Raqa, the jihadists’ self-proclaimed capital in Syria, told me that they specifically wanted to defeat Daesh in their capital, to prove to the world that they had avenged all the women who have been oppressed and raped by Daesh. Still others have told me that they began fighting to break with the patriarchal laws of their societies. Each female fighter has her own reasons for taking up arms. 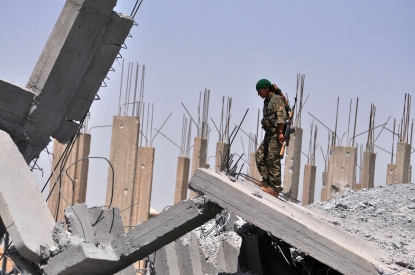 A female fighter from the Kurdish People Protection Unit (YPG) looks at destruction in the Syrian town of Ain Issi, some 50 kilometres north of Raqqa, the self-proclaimed capital of the Islamic State (IS) group during clashes between IS group jihadists and YPG fighters on July 10, 2015. (AFP / Delil Souleiman)

From what I have seen, there has been very little opposition within Kurdish society to the women fighters. For one thing, among Kurds, women play a more prominent role that among some Arab societies. Women are part of discussions with men in the majority of households and most families will not force their women to do anything, unlike in some other parts of Syria. I personally don’t know of any families where the girls are forced to wear the hijab. Women go to universities. And girls are often spoiled within families more than boys. So I don’t know of many who would oppose women fighters. As a general rule, the society respects them and does not frown on it. 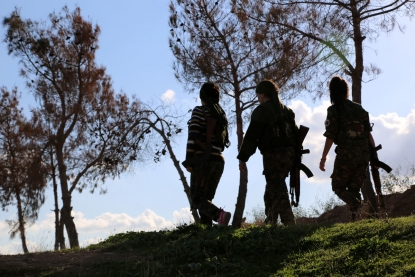 I never thought if I would want my daughter to fight on a battlefield. If I had a daughter, obviously I wouldn’t wish it for her, what father would like his daughter to be on the battlefield facing a group like the Daesh? But if my daughter would choose this, I wouldn’t oppose it. It would be her decision. Obviously I would prefer her to be in the arts, a father always wants the best for his children. But I would respect her choice. 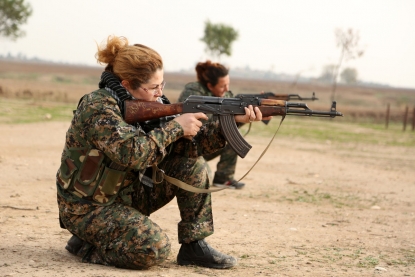 TO GO WITH AFP STORY BY DELIL SOULEIMAN - Syriac Christian women, members of the battalion called the Female Protection Forces of the Land Between the Two Rivers fighting the Islamic State group, take part in a training on December 1, 2015 at their camp in the town of al-Qahtaniyah, near the Syrian-Turkish border (aka Kabre Hyore in Syriac, and Tirbespi in Kurdish). (AFP / Delil Souleiman)

I don’t have any women in my family or friends who are fighting. The closest I got was one female fighter that I saw on the front at al-Hawl, who told me that she knew my family. I took some pictures of her. She laughed a lot. It was the first and the last time that I saw her.

Afterwards, I heard that she was killed by a Daesh sniper in Manbij. That was really disheartening. My photographs are my world and to see heroes of that world die, one after the other, is very sad. I still remember that photo that I took of her, the details of it. 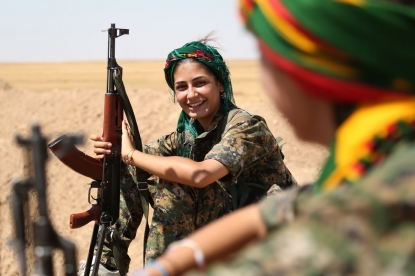 The girl who laughed a lot. (AFP / Delil Souleiman)

When this war ends, it will be difficult for everyone, but I think especially for the women who fought on the battlefield. There is the obvious pain of having memories of the moments spent with your comrades in a war that claimed so many lives, a war in which they saw so much pain.

But  I’m also not sure most of the female fighters will be able to just go back to the lives they had before. I have met some who had stopped fighting, but they can’t remain at home much after they get back to their ‘normal’ life. They say they miss the military life, and the freedom that they had there from society and traditions. They say that on the front they were freer, they were masters of their own fate. Some whom I’ve met refuse to get married after laying down their weapons. They say they prefer to remain their own masters.

This blog was written with Amir Makar in Nicosia and Yana Dlugy in Paris. 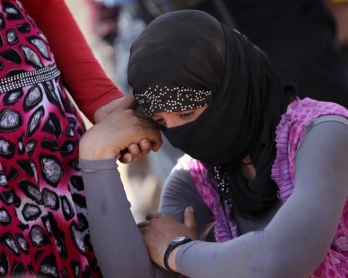 The day everything bright turned black 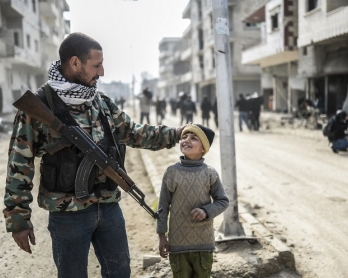 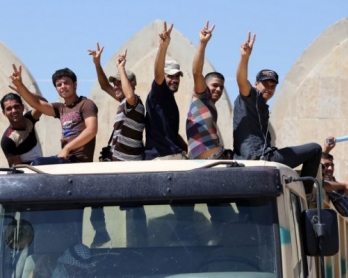