I wish I'd sent that message

ISLAMABAD- The call came late Saturday morning, waking me up on my day off.

Qandeel Baloch, one of Pakistan's best known female celebrities who had shot to fame for her suggestive selfies and no-damns-given attitude, had been killed -- strangled by her brother, who would later tell police he found his sister's behaviour “intolerable”.

“Strangled, you say? To death? She's dead?” I asked my bureau chief, who had called to tell me the news. My hands trembled as I went to grab my car keys and head to the office, and I dropped my wallet as I made for the door.

I had talked to her only the day before, when she called to ask for a favor and I assured her I would do my best to help. And now she was dead? I couldn't quite process it.

As a journalist I've covered dozens of so-called honour killings, in which a victim is killed by a relative who justifies the murder by claiming to be protecting the family from shame.

Women have been burnt, stabbed, shot and strangled for violating their family's wishes -- from refusing marriage proposals to wedding the 'wrong' man to helping friends elope.

All these killings were tragedies in their own right. Collectively they represent a bloody stain on a nation that has aspirations to become a modern liberal democracy yet is struggling to deal with violence against women in a male-dominated society.

But this murder hit me personally. Though we had never met, I had developed a friendly relationship with the young star, over the phone and WhatsApp since February when I first called her for a story on how Pakistan's youth interact with social media.

When I first spoke to her in February it was her first interview with the Western press and she seemed apprehensive about my motives to begin with.

She took offence at times where none was intended:

“What do you mean what was the message behind this video? I said whatever I had to say, didn't you understand?” she said curtly when I asked her to tell me more about a certain clip she did.

But as we continued talking, she gradually dropped her guard.

“A lot of your followers are very young and you're a teen icon. How old are you, if I may ask?”

“Early twenties?” I asked. “You're buttering me up!” she laughed, and the ice seemed to break.

The video that rocketed her to stardom in 2014 was “How I’m looking.’”

“I just made it like that. After one month that went viral. I thought 'what's happening'? And the requests came flooding in from fans who wanted me to make more.”

“It's because of the way I am, I speak mind my mind. I'm not a fake person. People are attracted to that,” she said.

A former TV actress who have appeared on Pakistan's version of Pop Idol, Qandeel had assumed a pseudonym (her real name was later revealed to be Fauzia Azeem) and became a social media star.

She told me she was aiming to get advertising revenue from YouTube, but I couldn’t pin her down on what she did for a living.

By the time we spoke, she had legions of fans and, Facebook page had gathered more than 700,000 likes and she had her own YouTube channel.

“People are going crazy – especially the girls. They tell me I'm their inspiration and they want to be like me. I speak openly and bluntly. And I speak from the heart. People know that whatever she is or stands for at least you know she's being honest. She's in no way fake,” she told me.

She didn’t limit herself to posting sexually provocative videos and selfies.

On Valentine's Day, she donned a plunging red dress and pleaded with the country's president, who had denounced the festival as a Western innovation to “let love happen”.

“Disgusting and idiotic politicians are trying, but they can't stop love,” she told me.

She also had her share of detractors, who labeled her a “bitch” or “whore” on every Facebook post, or expressed hope she would go and die.

She said such comments didn’t affect her. “I normally don't even read the comments, I just make my message and leave it there,” she told me.

I left the conversation charmed and impressed by her no-nonsense attitude, though she seemed unsure about what her next moves might be.

She said she was getting offers from TV but did not want to return to “mainstream” show business, because “I'm better known than half the TV celebrities” and felt the industry was full of “fake people”. Instead she was searching for something bigger – either a run in Big Boss, an Indian reality TV show – or marriage to the man she professed to love, former cricketer turned politician Imran Khan.

Qandeel's fame -- and notoriety -- grew as the months went by. By spring, she was offering a striptease for the Pakistani cricket team if they prevailed over India in cricket's World Twenty20 cup (given the teams' head-to-head record in recent years it was a fairly safe bet she would not have to follow through).

Even some liberals dismissed her as a attention-seeking diva – someone so far removed from the norm that her antics would not serve any cause but her own.

She paid them no heed and carried on doing just as she pleased. She texted me she was happy with our piece that featured her. “Smart boy,” she wrote (though in Pakistani English 'smart' can also mean 'slim' and she might have been referring to my profile picture).

Reality stars are not AFP's standard fare but we could see that what Qandeel was doing was different: she wasn't seeking the spotlight, she was seizing it, and turning its full glare on Pakistan.

I  interviewed her again a few months later after she posted selfies of herself with a senior cleric named Abdul Qavi, creating a media storm that resulted in him losing his government job.

She did not appear to me to take any particular pleasure in his downfall, and speculated that he would be restored to his position soon.

“He's a big drama – he'll be back once he sorts out the matter,” she said.

But, she added, she felt it was important to “expose him as he is in reality”, claiming he had behaved inappropriately toward her and desperately sought a meeting.Qavi, for his part, told media that she had wanted to meet him and he agreed so that he could instruct her in matters of faith.

By posting amusing and suggestive pictures of herself donning his hat, she was poking fun not only at the hypocrisy of the cleric but Pakistan's clergy in general.

“He is a blot on the name of Islam. Who is he to co claim to be a guardian of the faith?”

Fighting words, I thought to myself at the time.

It is difficult to overstate what Qandeel represented in Pakistan, a deeply conservative Muslim country of around 200 million people.

When we first spoke back in February, I had somewhat lazily referred to her as Pakistan's “Kim Kardashian” as an analogy to explain quickly to a global audience that, like her American counterpart, her main claim to fame was through social media.

That analogy spread far and wide, but today I think it’s inadequate. Unlike the wealthy American, Qandeel was a working-class woman. By Western standards her selfies may be considered tame.

But in Pakistan’s reality, her willingness to embrace her sexuality and defy societal norms was a bold, deeply political statement.

Women in Pakistan face a particular challenge. On the one hand, they have access to education, drive cars, and have for decades taken professional jobs as teachers, doctors and lawyers, especially in the upper classes. Increasingly, and driven by economic necessity, lower-income women from big cities are also joining the workforce.

Indeed the country has been led by a woman – Harvard-educated two-time former Prime Minister Benazir Bhutto – who was assassinated in 2007 when she returned from exile to try to contest elections.

But all this seeming progress toward gender equality belies the everyday struggles that women are forced to endure at the hands of men who seek complete control over everything, from how they dress and speak to their access to public and professional space. 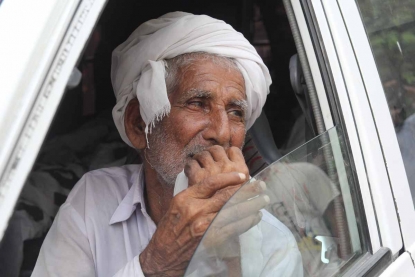 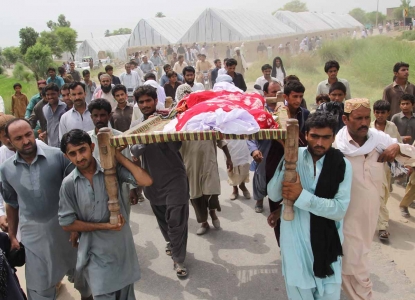 On Friday, July 15, Qandeel called me asking for help over an issue that was troubling her. She sounded agitated and distressed. Days earlier, her ex-husband had spoken to local media, saying she had been a greedy and bad wife.

For her part she claimed he had been abusive and she had divorced him to escape, eventually fleeing to a women's shelter.

Now, she said, she wanted me to edit her Wikipedia page to remove references to him as well as a piece of information he had shared that placed another person at risk.

Qandeel had spoken about threats to her life to the local media and to any local observer it was clear that these threats were real.

Despite the fact that the information was already on the Internet, I thought her request was valid and I said I would make the edit on the basis of the at-risk party.

I recall after we had hung up that Friday morning thinking what a brave woman she was. I was tempted to text her telling her I was a big fan, and something to the effect of “You go girl”.

But as a correspondent, you try to maintain a certain boundary between professional contacts and friends and I didn't want to cross that line. Looking back, I wish I had. I wish I’d sent that message.

I removed the information and added a comment to the Wikipedia discussion page explaining why I had done so – though when I went back to check in the evening I saw the changes had been refused, without explanation.

The next day, she was dead. Proof, if any more was needed, that the risks bold women face in Pakistan are all too real.

Days later her killing continues to weigh on me. I cannot say I knew her well, but I mourn her loss deeply. More significant than the small personal connection is what she stood for – a loud, proud, in-your-face feminism that sought approval from no one.

Women's rights activists have told AFP that she had put a “face” on honour killings, and progressives fear her death will embolden would-be murderers, while making other independent-minded women think twice before stepping out of line. 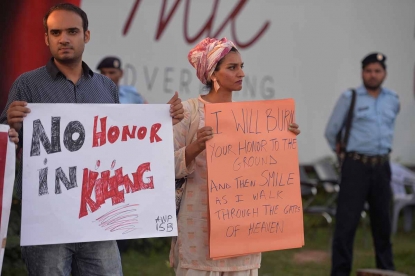 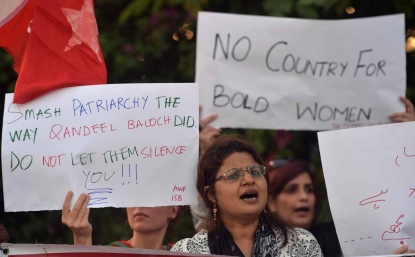 After her death, it also emerged that she had been her family's main breadwinner, supporting not just her parents but her many siblings too.

Qandeel's flame burnt brightest on social media, and amidst the abuse from those who had always wished her ill, several beautiful tributes stood out.

Writing on Facebook, Karachi-based filmmaker and feminist Fatema Shah lamented the state of fear and sorrow many women now find themselves in: 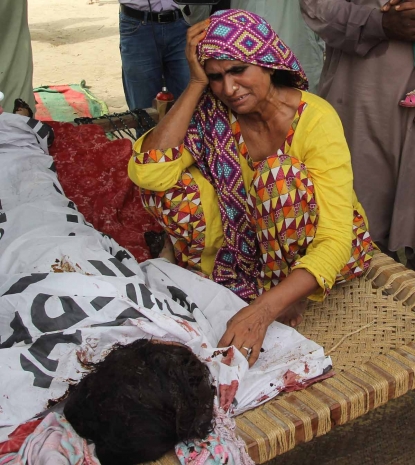 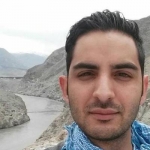 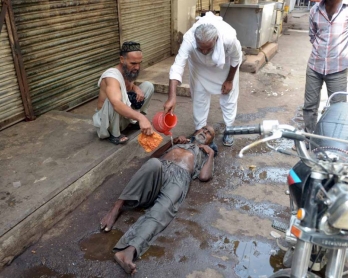 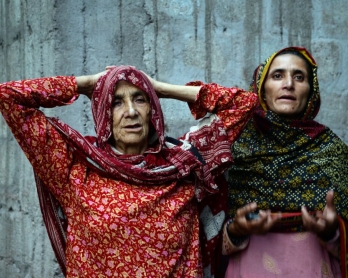