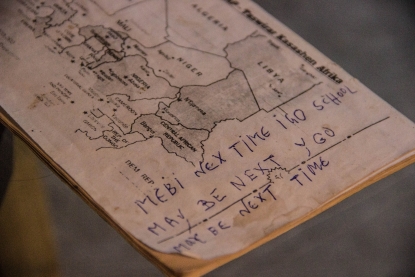 "During the three months he spent as a captive in the Malian desert, Pierre Camatte had a ritual," writes Gregoire Belhoste. "Each morning he would write in the sand the number of days since he was seized, and tie another knot on a string plucked from his headscarf before burying it deep in his pocket. A notebook, a transistor radio, a piece of string: for people in a long-term hostage situation a tiny object is sometimes all that stands in the way of despair. Long after their ordeal comes to an end, many still cling on to these small things."