Exactly 60 years ago AFP reporter Paul Guihard was murdered as white rioters protested against the University of Mississippi admitting its first Black student. He was only the journalist killed covering the US civil rights struggle, and mystery still surrounds his death 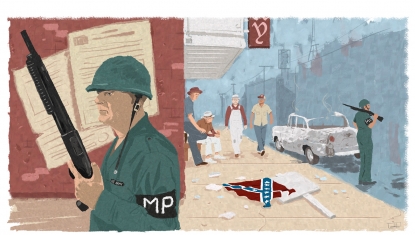 Below please find our 2019 podcast investigation into his killing, which remains unsolved.