Pyongyang -- Ask anyone to conjure up an image of North Korea and it would probably be of a mass military parade, with thousands of faces and feet moving in perfect sync.

Or it might be of a fleeting image captured surreptitiously from the window of a bus as unsuspecting subjects go about their day.

I have been travelling to North Korea since 2012 and both these scenarios feature regularly in the photos that I transmit when on assignment there, largely because the well-known limitations placed on visiting foreign media severely limit any alternatives. 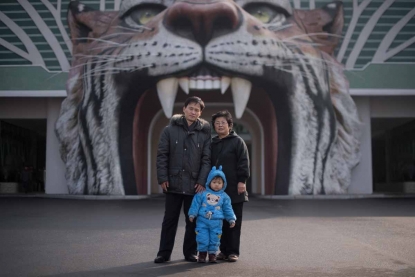 Toddler Moon Ji-sung poses for a photo with his parents at the entrance to the Central Zoo in Pyongyang. (AFP / Ed Jones)

But since AFP formally opened a bureau in Pyongyang in September 2016, I've been thinking of ways to try to change that.

Access to people is an important facet of my photography. But it can be something of a challenge in North Korea. Approaching people on the street for interviews or taking candid photos outside of designated areas is generally frowned upon. 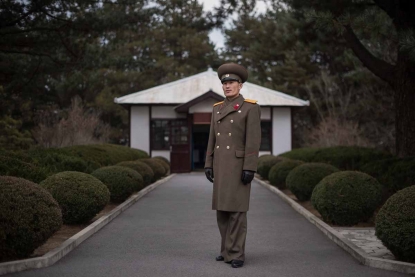 Korean People's Army lieutenant and tour guide Hwang Myong-jin poses for a photo in front of the hut where there negotiations for the Korean War armistice were held in 1953, near the Demilitarized Zone (DMZ) separating North and South Korea. (AFP / Ed Jones)

Requests to speak to or take photos of specific people generally need to be made through the two local AFP staff who accompany us at all times, and their efforts to secure permission meet with varying results.

I was keen to find a project that would produce interesting photos, without compromising journalistic integrity, and be a comfortable way of working for all involved.

The idea of a portrait series seemed a good solution that would involve the subjects themselves – a difficult proposition in North Korea where there is an inherent suspicion of foreign media. 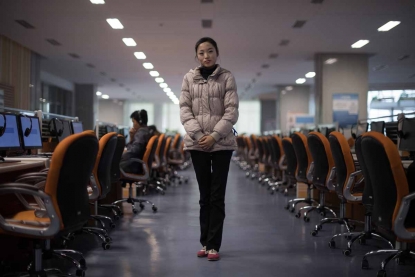 As a photographer, I am driven by interactions with people, and for some reason - a lack of imagination perhaps - my pictures suffer without them.

With a portrait series, I saw a way to create that interaction.

My video colleague and I decided on a routine whereby he would also shoot a short full-length video portrait as well as a close-up of the same subject reciting their name and occupation. 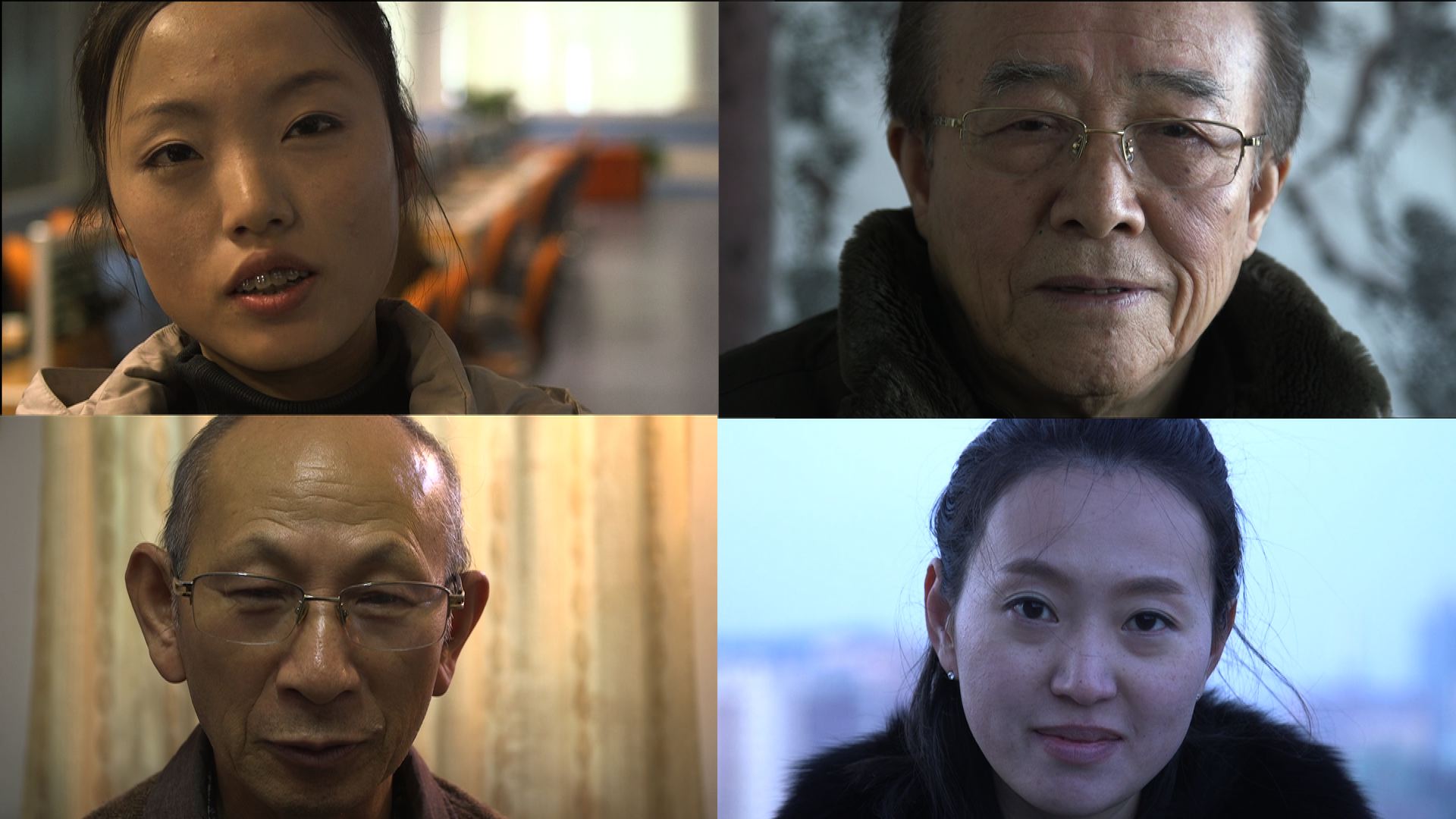 It was important to capture the portraits as quickly as possible to retain an element of spontaneity, and the subjects were told where to stand, but not how to pose. 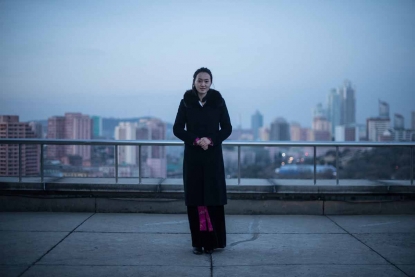 Tour guide Jeon Eun-Mi poses for a photo atop the Arch of Triumph where she works in Pyongyang. (AFP / Ed Jones)

After the first few attempts, our local staff seemed increasingly taken by the whole idea and became more confident about approaching subjects, who were generally happy to participate.

Initially we approached people who we felt were more likely to agree to have their photos taken, such as tour guides at the various monuments around Pyongyang that are easy to visit. 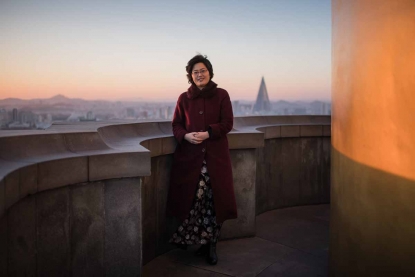 Tour guide Choi Hee-Ok poses for a photo atop the landmark Juche Tower in Pyongyang, where she works. (AFP / Ed Jones)

But we were quickly able to expand our approach to include others such as a young girl rollerblading on a public square followed by a ginseng farmer near Kaesong, and a soldier at Panmunjom, near the Demilitarized Zone (DMZ). 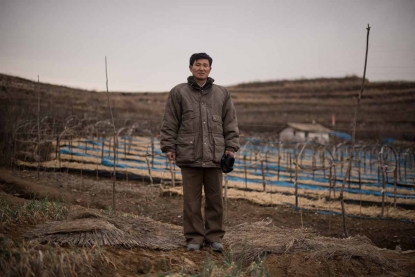 Ginseng farm manager Kim Young-Guk poses for a photo in one of his fields on the outskirts of Kaesong, near the Demilitarized Zone (DMZ) separating North and South Korea. (AFP / Ed Jones)

On many occasions it was not possible to gather more information about our subjects. Some were apprehensive about giving their names, while others were reluctant to state their occupation.

This was different from the portraits I have done in the past, when it has usually been possible to spend some time building a rapport with the subject and gleaning something about their personality, which is then reflected in the photo. 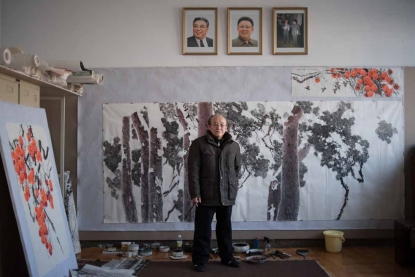 Artist Lee Gyung-Lan poses for a photo at the Mansudae Art Studio where he works in Pyongyang. (AFP / Ed Jones)

But despite the speed with which these portraits were taken and the reticence of most of those who agreed to pose, there was still a moment of intimacy involved -- however brief -- that felt authentic and unguarded.

I know that this series of pictures is neither particularly original nor groundbreaking, but I hope their collaborative nature offers a dynamic that is sometimes missing from the others that I regularly file back from North Korea. 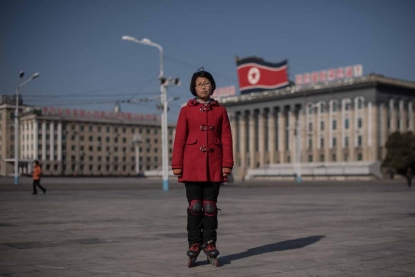 Student Kim Hong poses for a photo as she practices rollerblading on Kim Il-Sung square in Pyongyang. (AFP / Ed Jones) 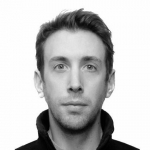 Chief photographer for North and South Korea, based in Seoul.
All posts 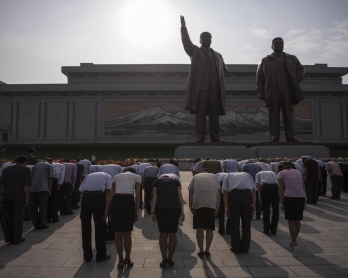