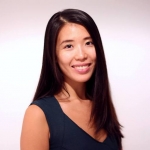 Fact-check journalist based in Sydney.

"A satellite photo showing the extent of Australia’s bushfires? No, a graphic generated using NASA’s data. A kangaroo cuddling up to researchers after escaping the fires? No, he was actually thousands of miles away from the blazes, hugging a carer at a wildlife sanctuary. Wombats showed “real leadership” during the crisis by inviting other animals to hide in their burrows? They’ve allowed intruders in their burrows for eons," writes Esther Chan, a digital verification editor in AFP's Sydney bureau.

"As the bushfires spread with unprecedented speed and ferocity in Australia, so had misinformation. In fact the cesspool of rumours, hoaxes and conspiracy theories matched the infernos in their intensity and scale."