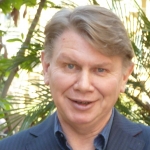 Member of AFP news management, based in Hong Kong.

Following the killing of George Floyd in Minneapolis in May 2020 and the subsequent protests against police brutality, there was widespread adoption in the US media of capitalised Black to refer to African Americans and other members of the African diaspora. That immediately raised the question of whether AFP, an international news agency based in Paris with a substantial editorial presence in North America, should do the same. Now, as Kamala Harris becomes the first woman and person of colour to hold the office of vice president, Stylebook editor Eric Wishart looks back at how the agency made its decision on the capitalisation of Black.

About Brexitime for an independent Scotland

Hong Kong -- "After 30 years living abroad as an expat Scot I’d managed to more or less figure out my family’s place in the world.  Or at least that was the case until Brexit came along..."