Paris - On May 2, 2011 correspondent Emmanuel Duparcq is woken from his sleep in Islamabad by the call he had been waiting for for years. Hours later he was outside the compound where Osama bin Laden was killed. 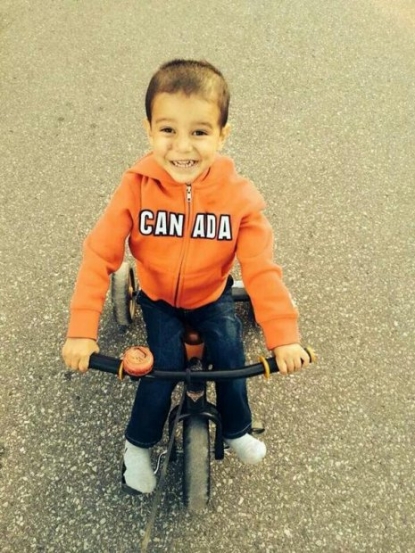 Abuzar's eyes were full of joy as he awoke in his family apartment in Toronto last week.

Finally, the big day he had been anticipating for weeks had come. He picked up his small backpack, his bottle and his Spiderman lunchbox, and set off for his first day at nursery after six months of rehabilitative care.

As he played in the middle of a crowd of hyperactive three-year-olds, no one could guess that the presence of the happy little Afghan was a small miracle.

For Abuzar, it was another tiny step toward building a new life more than 10,000 kilometres from his his hometown Kabul, where tragedy had robbed him of his parents, brother and sister eight months earlier.