KILIMANJARO, Tanzania, September 30, 2014 – It was cricket, but a game the like never seen before. Players wore crisp whites, umpires made sure the rules were kept.

But the pitch was in the moon-like crater of Africa’s highest mountain Kilimanjaro surrounded by ice, and every step running down the wicket or running to catch the super-fast balls meant a pounding heart and gasping for breath.

Quick singles resulted in players asking for time to breathe before the next delivery.

The match included a week-long warm up climbing a vast mountain – as well as carrying the entire pitch and kit up high above the clouds. 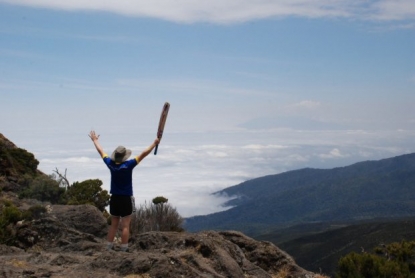 The teams, including England's Ashes bowling hero Ashley Giles and South African icon Makhaya Ntini, the country's first black Test player, trekked to the roof of Africa before dawn and played 10 overs each of a Twenty20 game before cloud stopped play.

Balls powered off the bat, soaring into the freezing sky towards stretches of snow, before smashing into the volcanic dust that covered the pitch. Some players, running in the thin air with half the level of oxygen as at sea level, behaved as if punch drunk. Altitude made some retch. 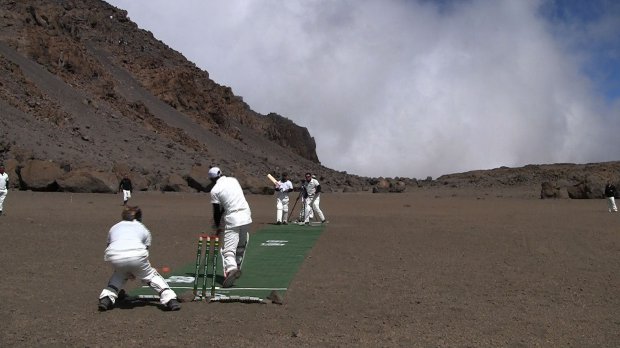 Click here to watch this video on a mobile device.

While yet to be verified by the Guinness Book of Records, umpires said the cricketers had earned themselves a place on the record books, with the game smashing the previous match at altitude at Everest base camp by over 600 metres, or almost 2,000 feet. Short of playing with oxygen tanks on Everest’s flanks, it seems unlikely anyone will beat this record again.

For AFP, sitting in the dust while filing photographs and text via a satellite dish also hauled up to the top of vast massif, it broke the record for the highest story sent.

On the match day, climbing began soon after midnight, with the game played hours after dawn.

Trying to file with freezing fingers -- and on a pitch with the appearance of an science fiction film set -- all seemed a little dreamy. 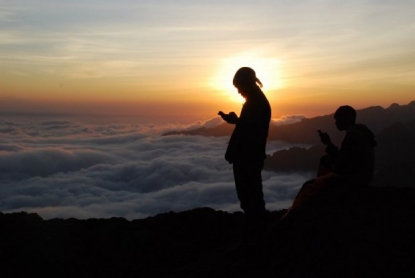 Tanzanian porters and guides stand on a rock half way up Kilimanjaro at sunset on September 21, 2014 trying to get a mobile phone signal to call their wives (AFP Photo / Peter Martell)

Climbing up the crater walls to film the match resulted in a pounding heart and head, and the lungs were barely able to get enough oxygen to breathe.

Tanzanian porters, who had spent a week carrying the plastic pitch up beyond the clouds, cheered as they saw their first live game, whooping wildly as the ball flew for six.

It was an eclectic, eccentric team, who made their slow, sweaty way up through the rainforests to the arctic desert high above, where the lines of hikers shuffled upwards with rasping breaths.

At night, the teams would squeeze into mess tents, singing songs and playing cards and dice. It was a week of intense friendships, punctuated with absurdity.

I shared a tiny tent -- hammered by freezing winds and bouts of snow – with  England’s Giles. 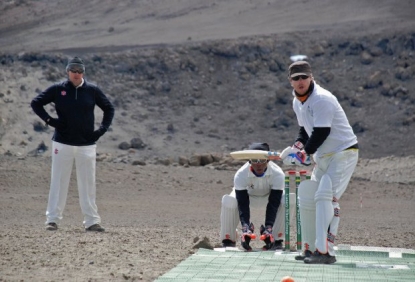 On the scree slopes high above the clouds, in a painfully slow march upwards into the freezing pre-dawn air, playing a game of cricket seemed ever more absurd.

The paths each day grew steeper and narrower.

Around a third of all those who start the climb are reported to turn back from sickness.

There were those for whom the rock scrambles up Kilimanjaro’s cliffs were periods of terror. Others were hit hard by ferocious headaches from altitude sickness. 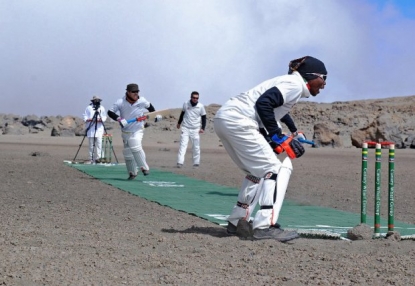 But all of the 30 person team – and the scores of Tanzanian porters without whom the expeditions depended upon – soldiered determinedly to the top.

For players in the charity game – raising funds for cancer research, anti-poaching wildlife efforts and to build Rwanda’s first international cricket pitch – many had a deeply personal motivation for reaching the top, beyond the prize of a world record game.

Celebrating afterwards in the lush green fields of coffee in the shadow of the great mountain, the words of Alan Curr, who played the previously highest game on Everest, seemed apt.

"I think they'll find that once it's done it was not all about the record; but raising funds, making new friends, and doing something that they will talk about forever,” Curr said. 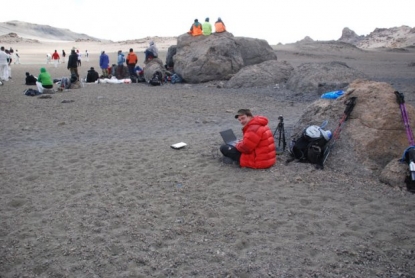