Republican presidential candidate Donald Trump addresses delegates at the end of the last day of the Republican National Convention on July 21, 2016, in Cleveland, Ohio. / AFP PHOTO / Timothy A. CLARY (AFP / Timothy A. Clary)

New York City -- Four states in 24 hours. Six states in 48 hours. Who knew that flying around on a private, business-class jet could be so frenetic?

This is the lot of a journalist following a 70-year-old man around the country in his quest to become the most powerful leader in the free world. The man is Donald Trump and that quest, the US presidential election.

But following him as a reporter is exactly that: following. 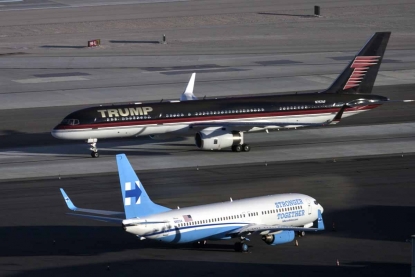 Journalists travel with US presidential candidates to have more access to them, and in past elections, that is normally how it has worked -- the candidates would regularly chat with the travelling media pack aboard his plane, or after campaign stops.

But in the several stints that I and my other AFP colleagues spent accompanying the New York billionaire across the country, we barely saw the guy, never mind have any exchanges with him.

I spent two days travelling with him in late September -- from Manhattan to Florida, then to Chicago, Nebraska, Iowa and Wisconsin, before returning to Manhattan. It was right after his first debate with Hillary Clinton -- a debate that she won and he lost -- so I guess he wasn’t in a chatty mood. 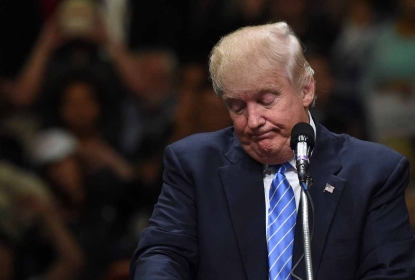 In 48 hours, the closest that any of my colleagues got to the candidate was a TV journalist shouting a question at him in a bakery, to which she got a one word answer.

A few weeks later it was worse for my colleague Michael Mathes. He served as the print pool reporter for three days running up to the third and final presidential debate, in Las Vegas on October 19.

The institution of pool reporting is a way to keep the press pack manageable -- pool journalists are tasked with monitoring and recording the candidate’s every move and then passing on the information to their colleagues, be it in print, video or photos. Some media have the same reporters in the pool, others, like AFP, take turns.

But in the anti-media atmosphere fomented by Trump, the three days that Michael spent as the pool reporter during the candidate’s stops in five states, the travelling press saw the Donald exactly zero times, except for when he got on stage at public rallies. 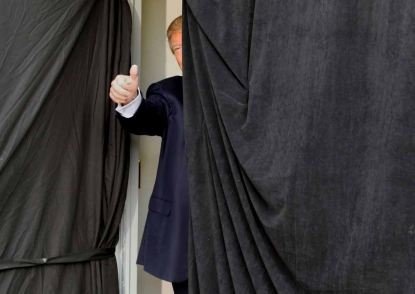 This is the second presidential election Michael has covered, and to him it has felt like a campaign flying by the seat of its pants.

When is Trump's walk-through at the third debate, a pool reporter asked on the morning of perhaps Trump's last major chance to regain election momentum. A walk-through is a sort of practice run, during which the candidate goes through the route he or she will take during the debate, to see where they stand or shake hands, where cameras will be, what the podiums and stage positioning are like, etc.

"He didn't do the walk-through," his aide stiffly replied via text message. 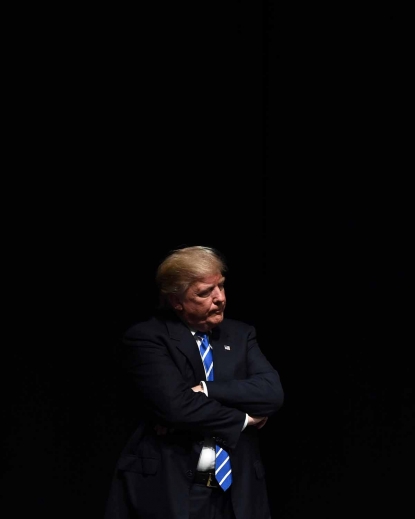 Another colleague, photographer Jewel Samad, also travelling with Trump, covered the 2008 and 2012 campaigns of Barack Obama and Mitt Romney. He says both of them abided by the traditional rules of a White House "protective pool" that mean wherever the candidate is -- so is a select group of wire, radio, print and TV reporters.

If anything happens, the press is there. Even if there are fundraisers or private meetings to which the press are not invited, they sit outside.

That has not been the case with Trump -- one of the journalists who has been trailing him full-time told me that the last time Trump gave the travelling press a briefing was Labor Day weekend, in early September, when he indulged them for 20 minutes after inviting them onto his jet for a 45-minute flight.

How times have changed

Hard to believe that this is the same Republican nominee who berated Clinton for the best part of a year for not giving a press conference. But how the tables have turned. 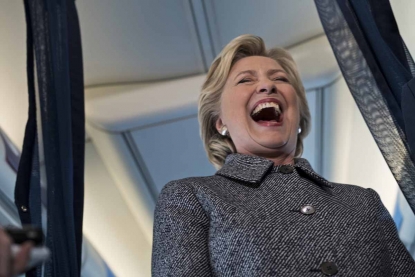 Clinton, who has been in the public spotlight for decades and is notoriously wary of the media, has not run the most press-friendly campaign. But while she is now criss-crossing the country in the same jet as the journalists covering her campaign, Trump is not. Instead he is giving the cold shoulder to journalists whose sole job is to report his every move. 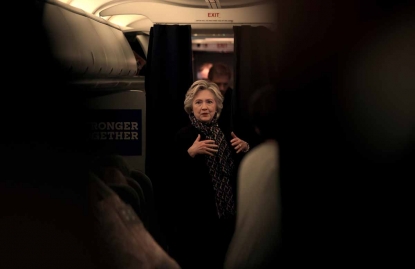 While he travels cocooned in the padded, leather seat luxury of his TRUMP Boeing 757, hacks trail behind or beat him to each stop on a smaller "Trump Pence Make America Great Again" press charter.

Which is not exactly roughing it. There's onboard wifi, no tiring wait in the departure lounge, no long walk to and from the baggage carousel, no missed connections.

You're driven straight onto the tarmac. You're taxiing within minutes. You don't have to stow your laptop for take off.

The only thing you ever wait for is the US Secret Service to "sweep" your bags and wand your bodies before going into a Trump rally.

An attentive crew bring hot dinners and salad lunches to your seat, bizarrely boxed up with a gold string bow. There's beer and wine on offer in the evening.

The mad world of US presidential elections is the biggest circus and most expensive political theater on the planet and to this British reporter, who moved to New York after reporting from the Middle East, Africa and South Asia for 10 years, it can seem unreal. 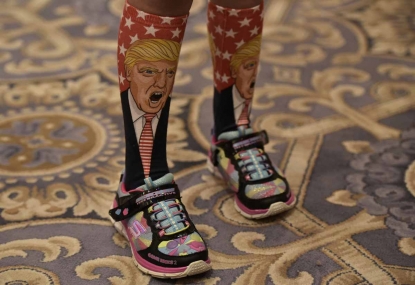 "7:30 am in the lobby of the Essex House Hotel," read a one-line email from a Trump aide sent at 1:15 am, as I staggered through the front door, back from the first presidential debate on Long Island.

Six hours later, rubbing sleep out of my eyes, I was greeted by the aide, perfectly made-up and smartly dressed, on the steps of the hotel on Central Park South -- one of New York's swankiest addresses.

In the lobby, I found a clutch of seasoned White House and political reporters hunched over laptops, furiously typing away.

There was just time to grab a coffee before we were bundled onto a bus and hurtled off for LaGuardia Airport, so universally disliked politicians across the US political spectrum agree that it belongs in the Third World.

Then it was all aboard our Boeing 737 for Miami. The candidate's much larger 757 stood on the apron, doors open -- but with the man himself nowhere in sight.

Five hours later, he caught up with us at a college auditorium in Little Havana before a hand-picked audience of ardent mostly Cuban-American fans. 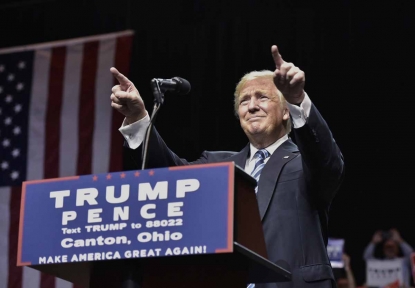 It was billed as a town hall, except nobody asked any questions. Chaired by a gushing moderator, five people rose from the audience to deliver lavish tributes to "Mr President Elect," even "Mr President."

Mostly they thanked him for his "sacrifices" in running for office. As soon as it ended, we ran into the rain, dived into another van and joined his motorcade en route to a bakery, passing a clutch of protesters getting drenched.

So limited was our interaction with Trump, that the great excitement of the afternoon was him ordering coffee and pastries, reportedly whipping out a $100 bill and patrons straining to see a man they initially thought was Barack Obama.

Using, and bashing, the media

Trump may not bother with the rules, not fly with or talk to his travelling press, but what he is spectacularly good at is using the media to project his image into the homes of millions of ordinary Americans.

He dials into TV shows, tweets up a storm in the middle of the night or stage manages mass rallies to project his image as a populist and powerful billionaire.

Like his arrival in Melbourne, Florida for his first post-debate rally.

First you heard the distant roar of his private jet. Thousands of people pressed into an airport hangar strained their necks. The Air Force One movie theme music blared out of loudspeakers.

Then the TRUMP jet taxied right up to the crowd, coming to a halt shortly before a bolt of lightening dramatically lit up the sky.

When the door opened and Trump emerged, the roar from the crowd was deafening. The atmosphere electric. His supporters -- elderly grannies included -- raised their arms into the air to catch it all on their mobile phones. 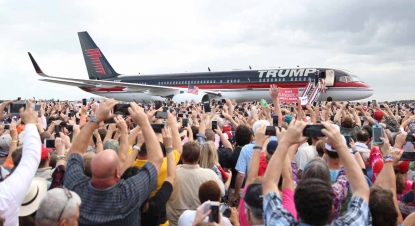 Overhead, video cameras swooped low to film what we were told was intended for a campaign ad. And what did Trump kick off with after stepping onto the stage?

A full blown attack on the corrupt, corporate media. As at all his rallies, the crowd obediently turned round to boo us. 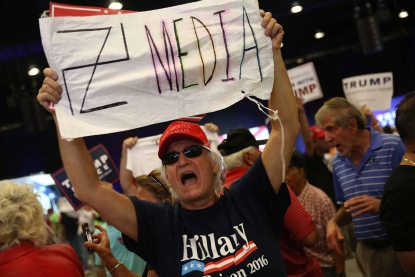 A man holds a sign towards the media as he attends a campaign rally for Republican presidential candidate Donald Trump at the South Florida Fair Expo Center on October 13, 2016 in West Palm Beach, Florida. (AFP / Getty Images/Joe Raedle)

"Report the truth," said a female Trump supporter 24 hours later as we, the travelling press, were escorted out of another rally in Wisconsin early -- purportedly to catch the motorcade and not hold up the candidate.

Weeks later, when Michael accompanied Trump to Green Bay, the crowd got more ornery. This was after the revelations of Trump's lewd comments about women, caught on a hot mic in 2005, and his declarations that the election system is "rigged" and that the media was in the tank for Hillary. 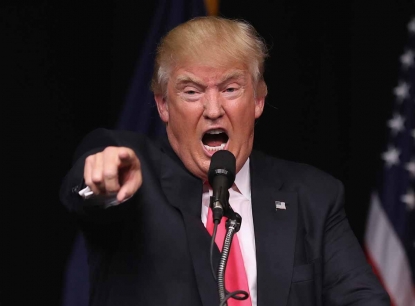 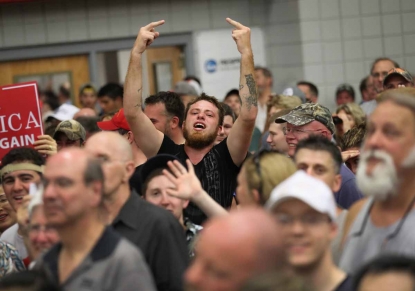 Back in Melbourne, more than a dozen hardened supporters stood outside in the wind, listening to his speech on a loudspeaker as the travelling press held up recorders to tape the end of his remarks. And with that, we were off, back in the motorcade. Back to the airport. Back to New York and with no further glimpse of the candidate. 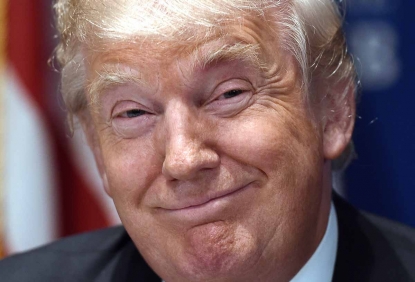 Donald Trump, chairman and president of the Trump Organization and the founder of Trump Entertainment Resorts, speaks at a National Press Club Newsmaker Luncheon in Washington, DC, on May 27, 2014. (AFP / Jewel Samad) 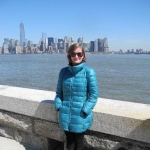 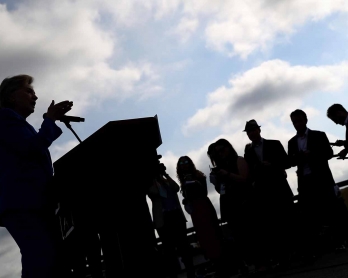 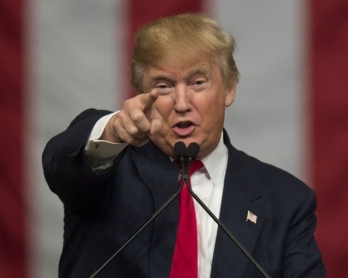 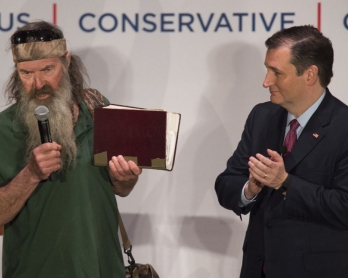 Taking it on faith as Republicans hit Bible Belt 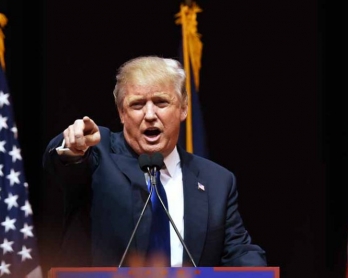