Yemeni women sit with their children at a UNHCR facility at Obock in Djibouti on April 12, 2015 (AFP Photo / Tony Karumba)

OBOCK, Djibouti, April 16, 2015 - We set sail from Djibouti for the port of Obock, a serene, picturesque little fishing town on the Gulf of Tadjoura where hundreds of people fleeing the Saudi-led air war on Yemen have been landing in skiffs at all hours of the day and night.

I arrive with my cameraman colleague from Addis Ababa, Colin Cosier after three days of wrangling with the authorities in the tiny Horn of Africa nation, first to get our accreditation to report on the refugee influx, then to retrieve our cameras and leave the capital for Obock. 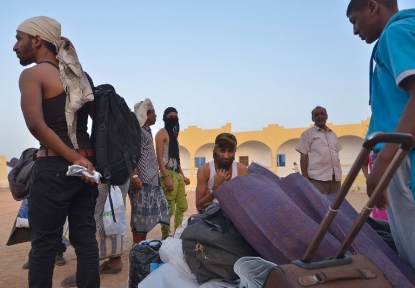 Dsplaced Yemenis wait to be shown to their quarters at a UNHCR facility at Obock in Djibouti on April 13, 2015

Those fleeing fighting in Yemen have been coming in waves, with the most recent landing we hear of at 2 am. More than 300 people of all ages are currently sheltered across two sites in the small port, at an indoor sports arena and a partially-built children's orphanage. Both structures were funded by the Egyptian government, which is letting the UN refugee agency use them as temporary shelter, pending a big move to a UNHCR-built camp some kilometres outside town that is not yet equipped with sanitary facilities. A Yemeni woman sits in her quarters at a UNHCR facility at Obock in Djibouti on April 13, 2015 (AFP Photo / Tony Karumba)

Young and old - men, women and children - walk in and out of the bathrooms in turn at both sites. The recreation centre and orphanage are brand new, but the unmistakable reek of human waste suggests the amenities are under strain from the large number of users. There is an acute lack of privacy, something clearly difficult for conservative Muslim women and girls to cope with.

"I would rather have died in Yemen than live like this," one woman quietly says to me. 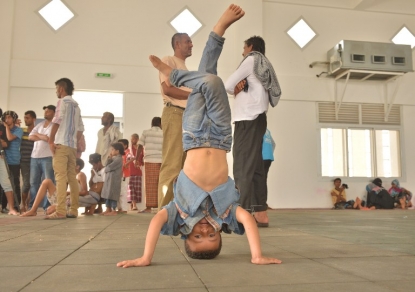 A Yemeni child plays at a UNHCR facility at Obock in Djibouti on April 12, 2015 (AFP Photo / Tony Karumba)

While the children run about and play, there is palpable discontent among the adult refugees, many of whom complain of their treatment by aid agencies and government officials. Some groups of women initially refuse to be photographed, while others choose to question me instead – asking when their passports would be returned to them, or when they would move to shelters offering more privacy.

After some time though, people begin talking to us more freely. Speaking on camera for Colin, they tell of the perilous boat ride across the Gulf of Aden. One group spent two days on the deck of a tanker, with no seats and little shelter from the beating sun, watching airstrikes in the distance pound the Shiite Huthi rebels who have seized swathes of Yemen.

Another group came from the Yemeni region of Bab al-Mandeb, the name of the shipping channel at the entrance to the Red Sea that separates Africa from Arabia.

"We came on small boats, our own boats. Whole families came, 30 families with 200 people," community leader Murisala Mohamed Ahmed said as he told of crossing the narrow straits. "The military positions were near, and we feared for the children." 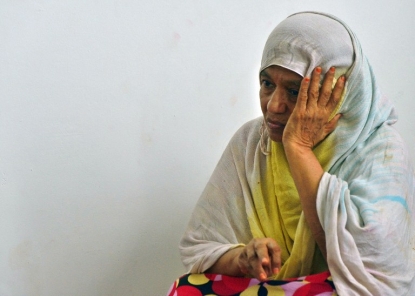 A Yemeni refugee sits at a UNHCR facility at Obock in Djibouti on April 12, 2015 (AFP Photo / Tony Karumba)

Young men gather around me speaking in Arabic, showing me horrific photographs and footage captured before they fled, particularly from the southern port of Aden. Images of burning, bombed-out homes and grotesquely mutilated bodies.

Behind their outward warmth, it hits me that these kids have come through hell. They are lucky to have made it out alive. For the rest of my two days with them, I feel a powerful sympathy for their ordeal and admiration for their resolve to keep going. 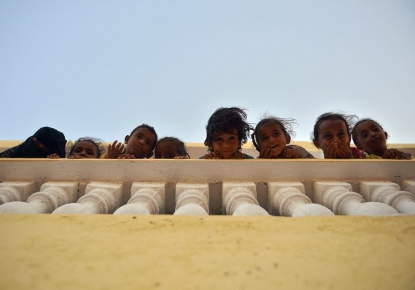 I photograph the sweet smiles of the young, the questioning looks of teenagers and the deep, reserved glances of their elders. I try to work as sensitively as I can, to capture the emotions on their faces.

But as always when I am documenting someone else's pain, reporting on the nightmare their lives have become, at the back of mind there is a bleak awareness my work can make little difference to their plight.

Tony Karumba is an AFP photographer based in Nairobi. 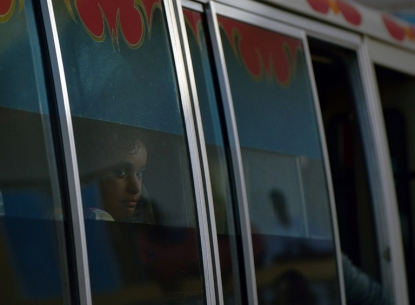 A Yemeni girl looks out the window of a bus carrying refugees to a UNHCR facility at Obock in Djibouti on April 13, 2015 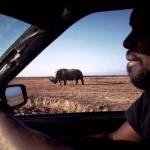 Photographer based in Nairobi, Kenya.
All posts
Next post