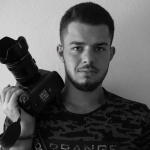 Photographer based in Paris, formerly Syria.

Of the thousands of people witnessing the “yellow vest” protests in Paris over the past few weeks, three young men have had a decidedly different perspective.

Cameras in hand, they have had great fun at the demonstrations, exchanging knowing looks, smiles and jokes whenever they crossed paths. Every once in a while, a painful memory or a philosophical reflection would pierce through the merriment. Then the good humor would return.

They are Syrians who have seen friends and loved ones die and their hometowns reduced to rubble. Having escaped war, Abdulmonam Eassa, Sameer Al-Doumy and Zakaria Abdelkafi are now covering violence in a European capital. With a smile. 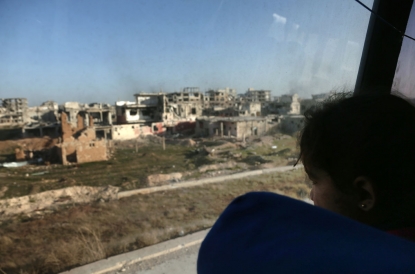 "Here, you start feeling like you can start all over," writes photographer Abdulmonam Eassa following his escape from Eastern Ghouta, a rebel-held region in Syria under a government offensive for weeks.

"I went into a clothes shop, I bought new clothes. I immediately threw away the ones I had been wearing. Not because they were dirty, but because they held memories I’d rather forget. Bad memories."

Abdulmonam Eassa is a photographer who has been one of the key contributors to AFP’s coverage of the Syrian government’s offensive on Eastern Ghouta.

His last weeks in the enclave were spent going from town to town as regime forces advanced, cowering in basements from shelling and air strikes, and documenting as much as he could with photos, videos and text, before finally making it out to a new life and a new beginning.

"The things that I have witnessed here, I will never forget. If I remain alive," writes Abdulmonam Eassa, a photographer in the Eastern Ghouta region of Syria.

On February 18, 2018, Syrian regime forces intensified their bombardment of Eastern Ghouta, an area home to almost 400,000 people that has escaped government control since 2012, been besieged almost ever since and is controlled by mostly Islamist and jihadist groups. So far the assault has killed more than 550 civilians, including around 140 children, according to the Syrian Observatory for Human Rights.

The bombardment was widely considered to be preparation for a government ground assault to retake an area which lies within mortar range of central Damascus.

Here it is as seen by Abdulmonam, a local photographer whose images for AFP of the death and destruction there you may have seen.

"Life has become so scary and so full of blood," writes Abdulmonam Eassa, a photographer in Eastern Ghouta, the last rebel bastion on the doorstep of Damascus that last week was submitted to an intense five-day campaign of air strikes and artillery fire that killed some 250 civilians and wounded three times as many.

"Before, the shelling was concentrated in the areas where rebels and the government troops were clashing. But now, any place can be a target, day or night."