Journalist based in Beijing. 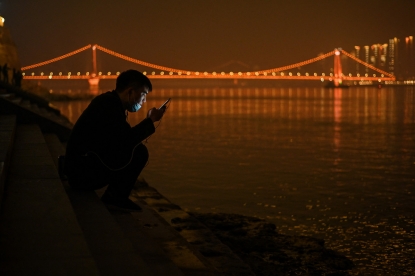 
Scanning a code with your smartphone to prove your health credentials has become indispensible for everyday life in post-Covid China - and tracking apps have never been so intrusive, writes our Beijing correspondent Sébastien Ricci.

For eight days, an AFP team reported from the ground zero of the coronavirus epidemic sending shudders across the globe. Leo Ramirez, Hector Retamal and Sebastien Ricci filmed, photographed and wrote about the city of Wuhan in China, where the virus originated, as the metropolis of 11 million was shut off from the rest of the world.

Here they tell their story from a holiday resort in southern France, where they were brought in an evacuation organized by the French authorities and where they are being held in quarantine to make sure they did not contract the deadly virus.