Destroyed buildings in the northern district of Beit Hanun in the Gaza Strip on July 26, 2014, and the same place (bottom) seen on July 3, 2015 (AFP Photo / Mohammed Abed)

GAZA CITY, Palestinian Territories, July 9, 2015 - The 50-day war between Israel and Hamas had just begun when I entered Gaza on July 10, 2014. A year later I find myself back at the iron gates leading to the Erez border crossing. Everything is different. And everything is the same.

Today beyond the vast terminal, you no longer hear the echo of explosions from Israeli artillery or the sound of drones. You no longer see the white trails of Hamas rockets fired from Gaza towards Israel throughout the conflict.

(Video: Little hope in Gaza ruins a year after war)

But the Israeli private security at the border still eyes you suspiciously as you enter the terminal and the lady at passport control hasn’t changed her questions: What’s your father's name? How long will you stay in Gaza? A stamp on a white paper, one in the passport and you’re in.

A year ago, at the end of the long corridor was a no man's land. It was Ramadan then, too. Explosions rang out continually, sending huge columns of smoke up into the air, all along the border between Beit Lahia and Beit Hanun. Palestinians fleeing their destroyed neighbourhood on a donkey cart in the northern Gaza Strip city of Beit Hanun on August 18, 2014, and the same place (bottom) seen on April 14, 2015 (AFP Photo / Thomas Coex)

The path from into Gaza still begins with a long walkway past the Israeli military watchtowers. The Palestinian guy who offers to take your bags at the end uses an electric caddy instead of an old motorcycle with a box strapped on it for the luggage. This time I can catch a yellow taxi, rather than wait for hours in the hope a car will give me a ride.

Fatah officials are back at work. They check passports inside a white plastic cubicle with the air conditioning turned so low your arm freezes when handing them your documents. In front of them is a row of chairs for waiting travellers. A few too many, perhaps, for the rare people who are actually able to cross out of Gaza. 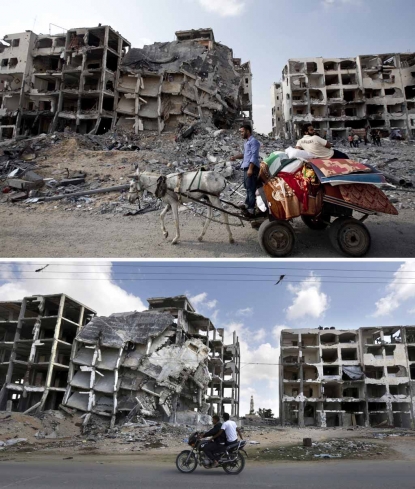 The Hamas check for luggage and passports is 500 meters ahead. A missile landed on it just as I crossed into Gaza last year, causing no casualties but shattering the place. Back then, two Hamas policemen in civilian clothes had simply moved a few hundred meters away to an old building. They had no computers and merely recorded my name on a piece of paper. Today they are seated in a cubicle, scanning passports, permits and letting you in with a ‘Welcome to Gaza’. 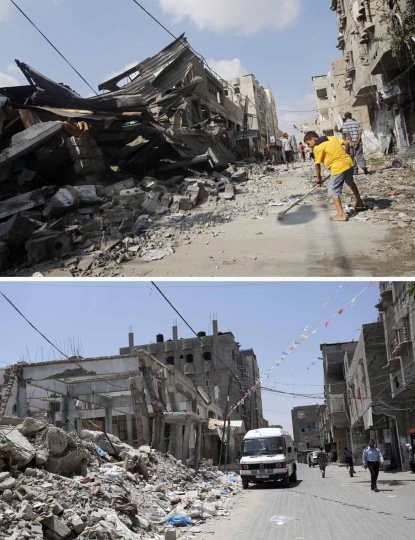 A Palestinian boy sweeping the ground outside destroyed buildings in the southern Gaza Strip town of Rafah on July 22, 2014, and the same place (bottom) on July 6, 2015 (AFP Photo / Said Khatib)

A year ago the road from Beit Hanun to Gaza City was a desert. It was the second day of air raids. The shops were shuttered and the streets full of debris. Later, during brief lulls in fighting, residents would venture out for a few hours to find food or breathe a little fresh air.

By now, daily life is back in full flow. Stores have reopened and women can be seen walking everywhere in their dark clothes. Police are out on the streets trying in vain to direct the traffic. 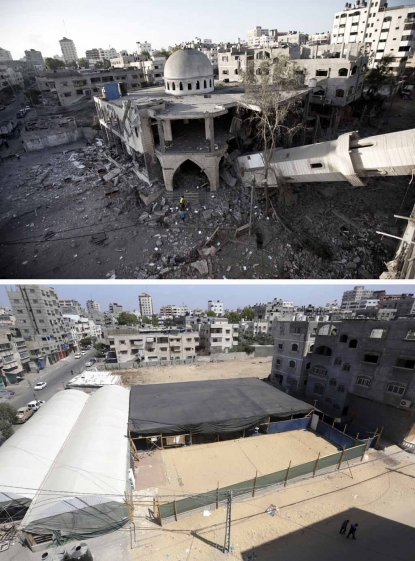 It's been a year, but the memory of last summer is fully alive. Everywhere you go, with everyone you speak to. The war is still there in people’s minds.

We enter the neighborhood of Shejaiya from the same street we used during a two-hour ceasefire last year, the night after Israeli sent ground forces into Gaza. Today you can drive in. Back then the paramedics had to climb over rubble to retrieve bodies. I still recall every spot where I saw a dead body. Today the area is full of children playing. 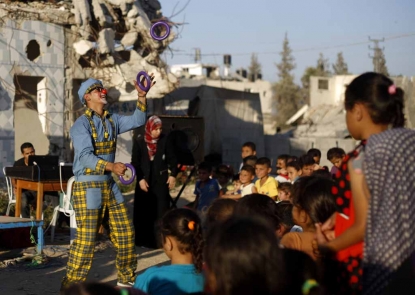 As I drive through Beit Lahia I pass a small door in a side street behind the hospital. I vividly remember bodies being carried out of there on people’s shoulders towards the nearby cemetery. I remember hundreds of angry people standing outside it every day waiting to pay a last tribute to their loved ones. Today the door is closed. It seems that area of the hospital is no longer in use.

The clean-up is almost complete in the areas along the border that were flattened by Israeli artillery and strikes. The people left homeless by the war are still there, living in makeshift tents beside the ruins of their homes. But for those who witnessed the destruction in the days after the conflict it is difficult to recognize it as the same place. 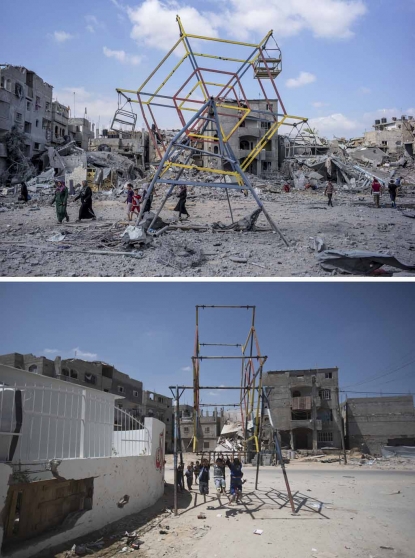 A ferris wheel and the rubble of buildings in the northern district of Beit Hanun in the Gaza Strip on July 26, 2014, and the same place (bottom) seen on July 3, 2015 (AFP Photo / Marco Longari / Mohammed Abed)

A year ago there was despair. Today the mood in Gaza has turned to resignation. But the people I met there have not entirely lost hope. Some hope the UN refugee agency will give them money to rebuild a roof over their heads, or to leave Gaza. No matter where. Especially the young, those in their 20s who dream of Europe, America, or simply of Ramallah.

A year ago cameramen and photographers crowded onto rooftops in Gaza trying to capture images of an air strike or a rocket fired toward Israel. One year on a normality of sorts has returned to the tiny Palestinian enclave. 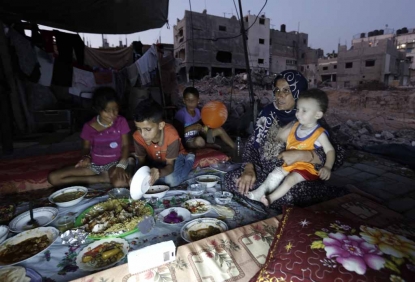 From the seafront terrace of the Al-Deira hotel, I look to the small harbour with its wooden fishing boats and men busy cleaning up their nets after the daily catch. This is the beach where a group of children were killed while playing last summer. I can still see the kids running toward us and disappearing in a cloud of black smoke. One of the most horrific things I ever saw.

This week I saw the Palestinians of Gaza enjoy beautiful sunsets on that same beach, where restaurants serve up the evening 'iftar' meal to families breaking their daily Ramadan fast, as the children splash in the waves of the Mediterranean.

Andrea Bernardi is an AFP video journalist covering Israel and the Palestinian Territories. Follow him on Twitter. 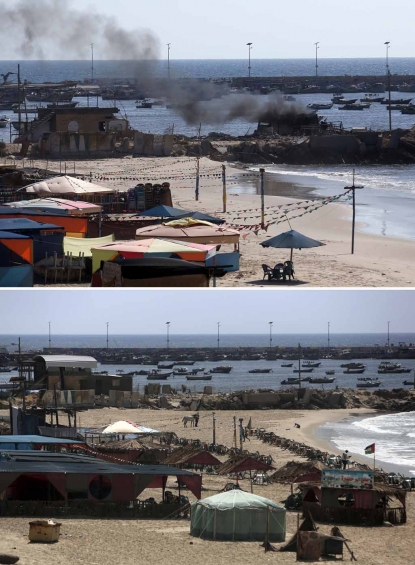 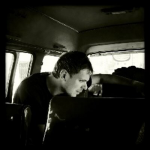 AFP video correspondent based in Jerusalem
All posts
Next post

Nightmares and miracles in Srebrenica