The best way to view this interactive document is on a recent version of Chrome, Safari or Firefox. Install this plug-in if you can’t see the videos on Firefox.

PARIS, September 7, 2015 – An AFP photographer takes thousands of pictures each year. Many are forgotten in this permanent flow, remaining only in the memory of computer servers.  Others are etched in the minds of their authors. We asked several photographers to tell the story behind a striking picture from their career, of an event that still remains vivid today. 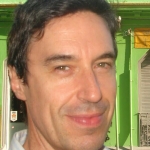 Mumbai, a city that never sleeps ?