Phalluses, nightlife and other Bhutan surprises

Thimphu -- When I was boarding a plane to head to Bhutan to write about the world's only carbon negative country, phalluses and nightlife were the last things on my mind.

Having grown up in India, I had always pictured Bhutan as a mystic land of ascetics, dotted with prayer flags and Buddhist monasteries. I thought it would be similar to Dharamsala, a Himalayan city in northern India where the Dalai Lama resides in exile.

I’d visited Dharamsala several times and was enchanted by it. Its serenity is broken only by the sound of bell chimes or the rhythmic hymns of monks draped in maroon and orange. 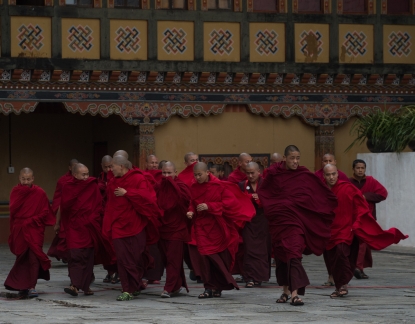 The robes of Buddhist monks are buffeted by wind as they walk after a ceremony at the Tashicho Dzong in Thimphu on April 14, 2016. (AFP / Roberto Schmidt) 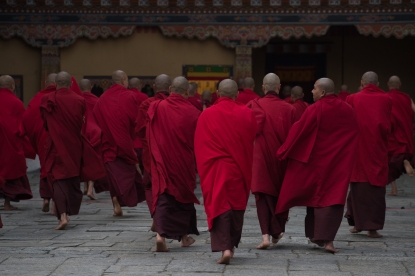 But while the topography between Bhutan and Dharamsala is more or less similar, the spirit of the two places couldn’t be further apart.

The first hint of the differences came when I overheard a group of girls on the bus en route to Thimphu, whispering about how they were planning to let their hair down later that evening during a ladies night at a club. I assumed that I had misheard or misunderstood them (ladies nights at clubs in India are more than rare) and shifted my attention to the pristine beauty outside the bus windows, where fluffy white clouds kissed the mountain tops and sparkling streams gushed down valleys.

Turned out I’d heard the girls correctly, as I found out just hours later.

Forget monks chanting hypnotic hymns -- that very same evening, I found myself gawking at a gang of girls who were giggling with gay abandon as they walked back home after a night out at a dive bar! 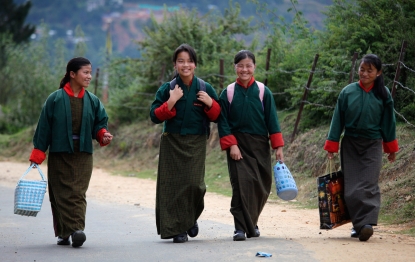 Reason to smile -- they'll be able to walk around with no worries at night when they grow up. Bhutanese schoolgirls walk home from school in the town of Paro, October, 2010. (AFP / Ed Jones)

To say I was taken aback would be an understatement -- I couldn’t even imagine seeing a scene like that in Delhi, India’s most cosmopolitan city. Young women don't venture out here late at night unescorted unless absolutely essential. Walking in the middle of the road at midnight in Delhi would invite catcalls, whistles and God knows what else!

How strange that women seem to enjoy more freedom in an ancient mountain kingdom than in a vibrant, growing country like India, I thought as I watched the girls with just a hint of envy (I wouldn’t mind being able to walk home from a bar at midnight with my girlfriends back home!).

Even though India may have taken big strides towards modernity, it remains a largely patriarchal country, with most women having little say over their choice of career or partners. 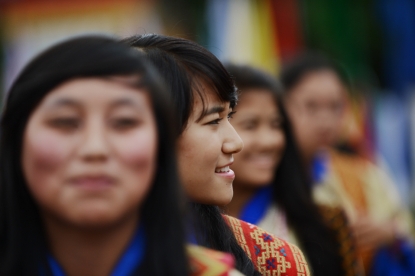 Bhutanese schoolgirls smile as they line up to dance during a cultural event to celebrate the birthday of Bhutan's king, Thimphu, June 2, 2013. (AFP / Roberto Schmidt)

But in tiny Bhutan, sandwiched between giant neighbours India and China, women are free to choose their life partners and can even stay in a live-in relationship without any formal wedding (in India, living with someone out of wedlock is still considered a strict no-no).

Sex is not a taboo topic here. Bhutan has a rare form of polygamy, in which men -- or women -- take several sisters or brothers as partners. While the tradition is generally dying out, it’s still prevalent in certain nomadic communities in the country.

The current king, who has married a commoner, has made it clear he will only have one wife. But his father married four sisters, all of whom were crowned queen in the same ceremony! 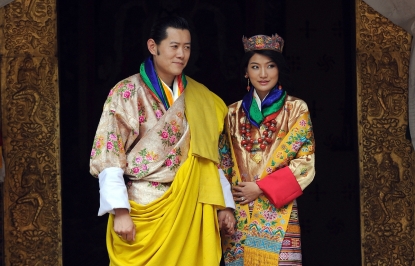 King of Bhutan Jigme Khesar Namgyel Wangchuck (L) and newly crowned Queen of Bhutan Jetsun Pema (R) after their marriage ceremony on October 13, 2011. The king has said Jetsun Pema will be his only wife. (AFP / Prakash Singh)

When I first learned about my assignment, I was very excited. Bhutan famously restricts visitors, so I considered myself lucky to make the trip, my first-ever to the faraway land about which I had read only in textbooks.

But nowhere did my textbooks prepare me for a phallus park…

The colourful penile structures set up at a museum in Thimphu had me stumped even though phallic worship is also a norm back home among Hindus in India.

The difference perhaps is that in India it is more of a symbolic representation of Lord Shiva's genitalia.

The Bhutanese version is more graphic -- giant phalluses painted in bright yellows and reds, and sometimes enveloped by a dragon spitting fire. 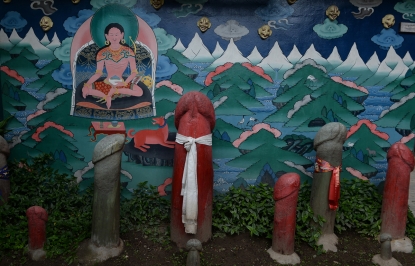 My colleague and photojournalist Arun Sankar who accompanied me on the trip looked flabbergasted. I couldn’t blame him -- a man having grown up in India does not expect to stumble on a giant phallus during his day of work!

The structures were on display at "Simply Bhutan", a museum aimed at preserving the country's culture and heritage, which is one of the measures for the nation’s famed Gross National Happiness index.

For a small fee the museum gives a glimpse of Bhutan's country life, including a traditional kitchen with an array of iron cooking pots. Red chillies hung out to dry and and garlands of corn cobs give a real feel to the place. The young girl showing us around the museum giggled as she gingerly touched one brightly painted phallus to explain its religious significance. But she seemed much less embarrassed than Arun or I. 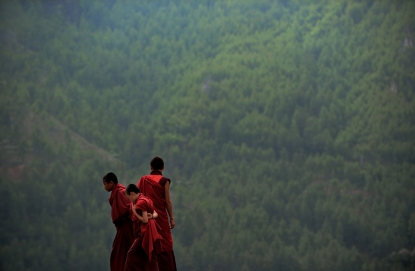 She said phallus worship traced its origin to a 15th-century Tibetan saint Drukpa Kunley, considered the god of fertility. The actual fertility temple dedicated to Kunley is located in Punakha district.

It houses a 10-inch phallic totem made of ivory and wood and is frequented by childless couples seeking blessings and by curious visitors alike. She said sex was Kunley's blessing to his devotees. Folklore says he made love to more than 5,000 women. Households around Kunley's shrine still hang wooden phalluses for peace and harmony among family members. 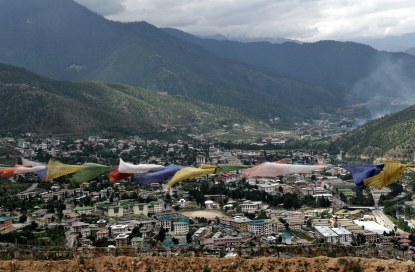 The memories of the unusual museum kept me in high spirits right through the trip, even when I was vomiting because of motion sickness as our car made it up serpentine mountain roads up to  Punakha where a dam is being built with help from India.

It definitely helped to have a caring and talkative driver for company. The affable Kinzang Dorji regaled us with funny anecdotes about visitors from China and Bangladesh. He also impressed us with his knowledge of Bollywood. Like all Bhutanese, Dorji has grown up watching Bollywood movies. "No Hollywood for us," he declared proudly, rattling off names of his favourite stars and asking me if rumours about a reigning superstar chasing and up-and-coming heroine were true.

Our short trip with a woman taxi driver - a rare species in Delhi - also ended with a chat on Bollywood. She wanted to know if Priyanka Chopra's love affair with Nick Jonas was going to last given their age difference (I guess it will for a while -- since then they married). 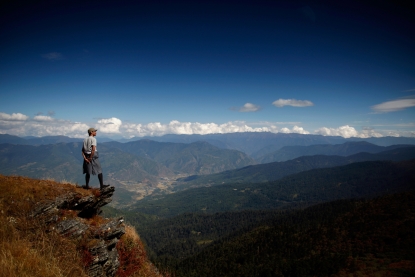 It was the friendly receptionist at my hotel who suggested I check out "Mojo Park" - a bar most popular among the youngsters. It's at Mojo Park where a growing tribe of Bhutanese rappers have cut their teeth. One such rapper Kezang Dorji, whose music touches deftly on social issues, has a big fan following. Another rapper Dawa Drakpa has started a band named 'The Baby Boomers' inspired by The Beatles.

It was quite an experience to see men and women dressed in traditional gowns guzzling down the locally brewed Druk malt liquor beer while enjoying live music at Mojo Park.

As I soaked in the laid-back atmosphere, I couldn't help but wonder if my country could learn a lesson or two from Bhutan's fledgling democracy and loosen itself up a bit. 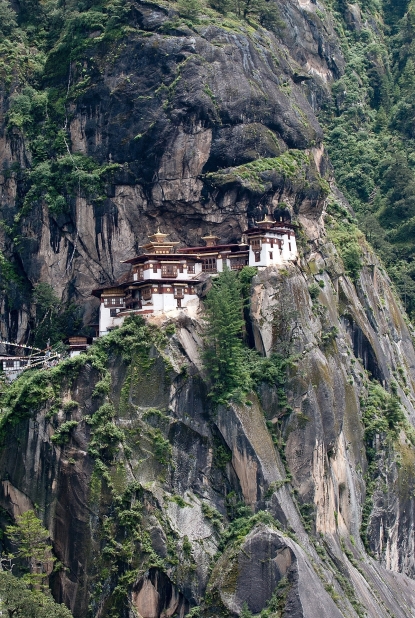 The Taktsang Monastery, known as the Tiger's Nest, on a hillside near Paro, Bhutan, August, 2011. (AFP / Manan Vatsyayana) 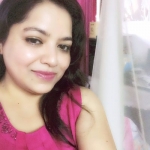