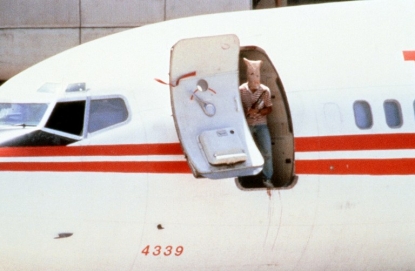 "On Friday June 14, 1985, Flight 847 of the US carrier TWA was travelling between Athens and Rome with eight crew and 145 passengers on board when it was diverted towards Beirut airport, opening one of the longest hijacking crises in aviation history," writes AFP's Patrick Rahir.

"Three days earlier I had watched three hijackers blow up a Boeing at Beirut airport. A day later a young Palestinian threatened to set off a hand grenade on a flight from Beirut to Cyprus. At first I thought it was a joke. Another hijacking, this time of an American plane?"