Ahmad, Alia and baby Adam arrived in Europe in September 2015, at the peak of the continent’s migrant crisis. Survivors of a bomb attack in their native Baghdad, they decided to flee Iraq in search of a better life for the sake of their child, who was only four months old when they set out in a flimsy fishing boat from Turkey’s shores to Greece.

From there, they walked through fields, travelled in trains and buses crammed with asylum seekers from across the Middle East, Asia and Africa, and cheated border guards, with an AFP team of correspondents in tow. They filed an asylum claim in the Netherlands, where they have family, in October. They have since lived in a string of makeshift shelters, including in an exhibition centre. Since late December, home has been a former women’s prison-turned-refugee camp. Like hundreds of thousands of other asylum seekers across Europe, they don’t yet know whether they will be granted a residence permit.

We first met them in an overcrowded train from the Greek-Macedonian border to the Serbian frontier, and have written about their journey -- from trekking the Balkan route, to arriving in the Netherlands, to the dreams that came with living in their new land.

In this latest instalment, Ahmad tells of his asylum interview.

Heerhugowaard, The Netherlands -- I had my asylum interview in mid-March. We had been waiting for so long to get the chance to tell our story to the Dutch authorities, that when the day finally came, I was very nervous. I knew my whole life, and our fate as a family was going to be determined by this one interview.

Fate of a family hangs on one interview

I woke up extra-early that day and got ready to go. A government bus drove me and some 45 other asylum seekers to a detention centre at Schiphol Airport in Amsterdam, where the interviews were taking place. Alia and Adam came with me, but had to wait outside. 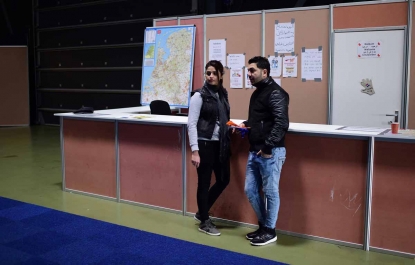 At 10:00 am I was taken to a room with white walls and a single window. The interviewer had blond hair and rosy cheeks, and wore a white T-Shirt. He was about the same age as me. He was decent and polite. He apologised in advance for having to ask me hard questions about my life before reaching the Netherlands. He said “please” and “thank you” for every question he asked.

I didn’t need to think hard after he would ask me a question, I just told the truth.

-- Thank you. Where were you born please?

-- Thank you. When were you born please?

-- Thank you. What was the name of your primary school please?

-- Thank you. And your middle school? There was a translator in the room, an Iraqi woman a couple of years older than me, and the interviewer would always look at her -- never at me -- when reading out a question from his computer screen.

Judging from his questions, he didn’t seem to know much about Iraq -- he just read out the questions on the screen and typed in my answers one by one. I told him about the dangers of living in Iraq, of knowing every minute of the day that you might be killed or kidnapped. I told him I had been kidnapped for 10 days by the Mahdi army (a powerful Shiite militia) during the sectarian war of 2006-7.

Along with two of my cousins who were also taken hostage, I was beaten and blindfolded. But luckily our Shiite neighbours were able to help negotiate our release. Others never made it out alive. I don’t think the interviewer really knew how widespread the violence is in Iraq. -- No. I was too young to serve during Saddam Hussein’s rule, and too old by the time the new regime came.

He asked me my parents’ names, the names of my four siblings, and the date of my marriage to Alia. The questions were detailed and exhaustive. After each answer came the ‘tap-tap-tap’ of the computer keyboard amid silence. I could barely see the interviewer’s face, since it was behind the computer screen most of the time. 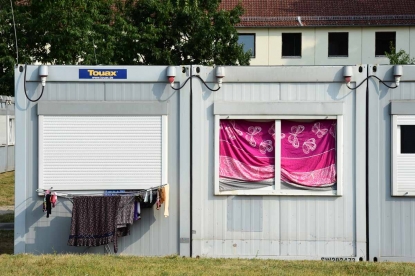 After a few hours the other 45 interviewees and I had an hour-long break. We were ushered to the corridor and given toast and frozen cheese to eat. We took turns to serve ourselves water and Nescafe in a little room on the same floor. But there was no microwave to heat the cheese, so we placed it next to the window of that room, hoping it would melt a little with the help of the sunlight streaming in. Luckily I had brought along an apple and an orange to eat. 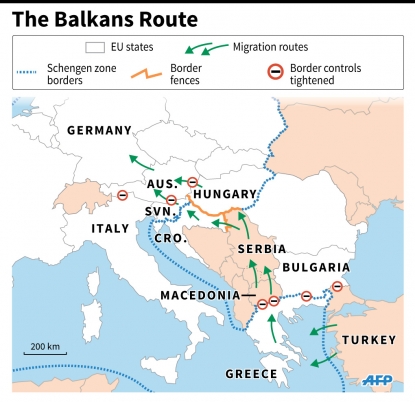 After the break, the questions continued.

-- When did you decide to leave Iraq please?

-- I left Iraq for the first time in 2006, during the sectarian war. I went to Syria, then Turkey and Jordan.

He then repeated one of his earlier questions, I can’t remember which one. I guess that was to see whether I would give the same answer. I did.

I told him my whole story from A to Z. I told him I didn’t become a refugee overnight, that I’ve been on the move for 10 years.

I told him that after fleeing to Syria during the sectarian fighting, I went back to Baghdad for a time, thinking that the situation might improve. But it did not. I married to Alia and we had Adam. We waited until he was just four months old, and we left. 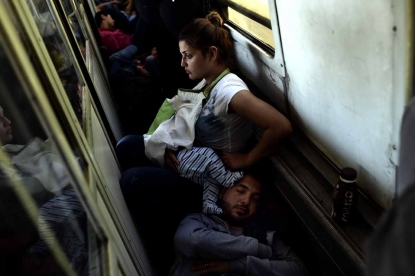 In the train from Macedonia to Serbia, August, 2015. (AFP / Aris Messinis)

I told him of the explosion that Alia and I survived in Baghdad in February 2014. It was before we were married. We were out having dinner at a restaurant called Mr Chicken. We were just discussing what we were going to have and I was about to get up to go place our order when the bomb exploded. Had I gotten up just a few seconds earlier I would have died. Many people at the restaurant lost their lives. Some lost their limbs. Others suffered severe burns. It was horrifying. The place was torn to shreds. 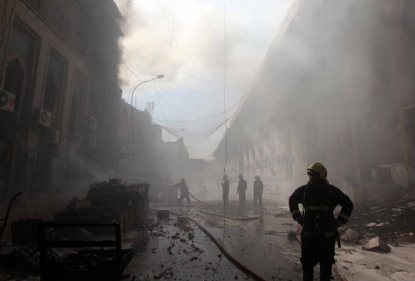 I showed the interviewer and the translator the scars on my face. The translator’s eyes welled up with tears. I told them that Alia’s scars were worse than mine.

“Thank God you’re alive, thank God you made it,” the translator said.

The interviewer did not react. “Tap, tap, tap,” went the keyboard of his computer. 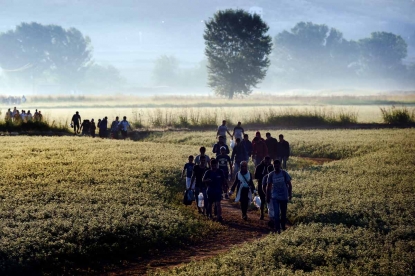 I told them that an AFP team of journalists had written about us and was following our story.

-- Why did they choose you? - the interviewer asked, while watching the AFP video of the journey.

-- Because of Adam. The journalists were really moved by how we had risked everything just so that our baby boy could have a future.

-- I believe you, - the interviewer said. I breathed a sigh of relief.

The whole interview process felt very clinical. Maybe he had heard so many stories from so many people that he didn’t have any feelings left for anyone.

When the questions were finally over at 5:00 pm, he and the translator accompanied me back to the bus, where Alia and Adam were waiting. 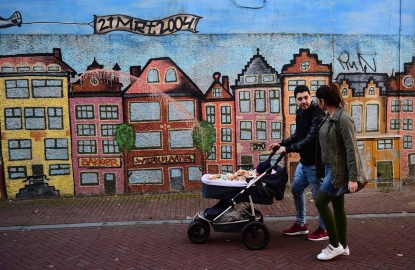 Ahmad and Alia in Leeuwarden in December, 2015. (AFP / Emmanuel Dunand)

The translator started to play with Adam, while the interviewer held his hand. Then he looked me in the eyes and smiled.

“Now I understand why you have made this journey,” he said.

It’s been a long time since Alia, Adam and I set out, but I am hopeful. 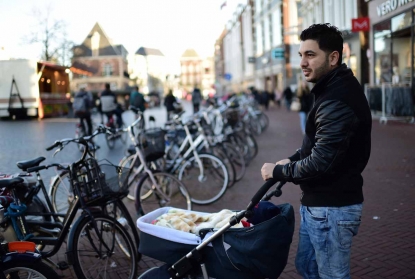 Still, the waiting is hard— and we’ve been told it might take up to six months until we hear back about our asylum claim.

The general feeling among asylum seekers here is that the Syrians are being given refugee status and a residence permit more quickly than Iraqis like us.

My brother, who has lived here for 11 years, tells me to be patient, that it’s always hard in the beginning.

I have no problem with waiting. It's just not knowing how long I’ll have to wait that’s hard.

All I want is for Adam to go to nursery school, then kindergarten, and then to school. For him to live a normal life in a safe place. That’s all. 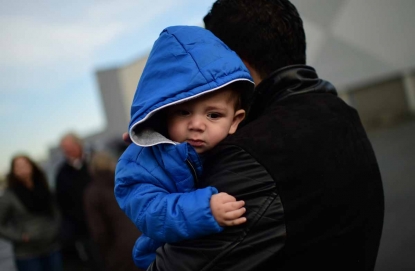 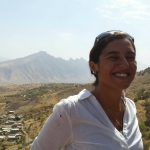 AFP correspondent based in Paris. Had been previously posted to the Middle East.
All posts 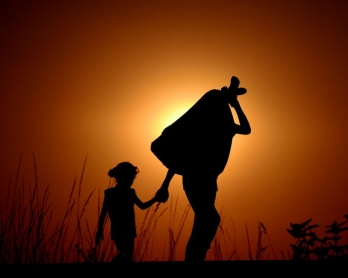 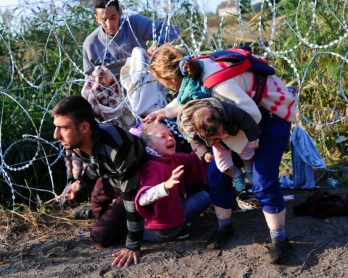 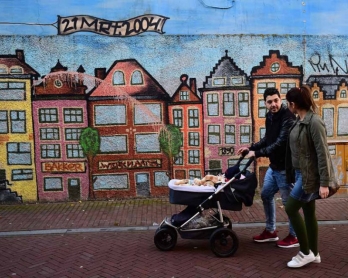