NEW DELHI -- “This may sound rather bizarre,” read an email from my landlord, “but I think I've figured it out. The monkeys are stealing your water.”

For weeks, the water supply in my New Delhi flat had been erratic. Every evening I would turn on the household pump and water would gush into the tank on the roof; every morning, I would turn on the bathroom taps, and after a brief, hopeful splutter -- nothing. And in a Delhi summer, going without a shower is not really an option. At first my landlord, used to foreigners struggling with India's temperamental water and power supply, politely suggested that perhaps I was just getting through too much of the stuff. Naturally it wasn't my fault, he said, but could I ask the gardener to be a little less prolific in his watering of the plants? Perhaps the cleaner could be advised to be vigilant about water use? (I can feel your sympathy running out.)

When none of that worked, a man was dispatched to the roof to perform a thorough check of the tank. No, it hadn't sprung a leak, and yes, the water pump was working fine. The mystery persisted. Meanwhile, temperatures in Delhi were up in the 40s, and my colleagues' tolerance was being tested.

Then, finally, a breakthrough. An early morning check on the roof revealed that an outdoor tap had been switched on and left running all night. It had to be monkeys. 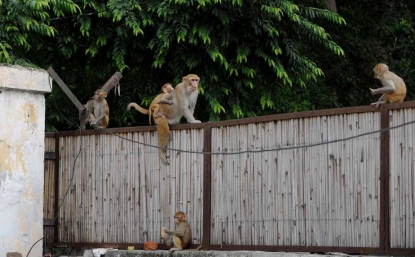 The tap was wired shut that evening, and sure enough, the problem disappeared. The next day, I had one of the best showers of my life.

Tales of the monkey menace

Since moving here, I have come across countless tales of what Delhiites call the monkey menace. One resident found the monkeys had discovered how to remove the lid from his rooftop water tank, and were popping round for cooling dips. When he placed a slab of stone over the lid of the tank to keep them out, they managed to push it off -- and onto his car on the street below. 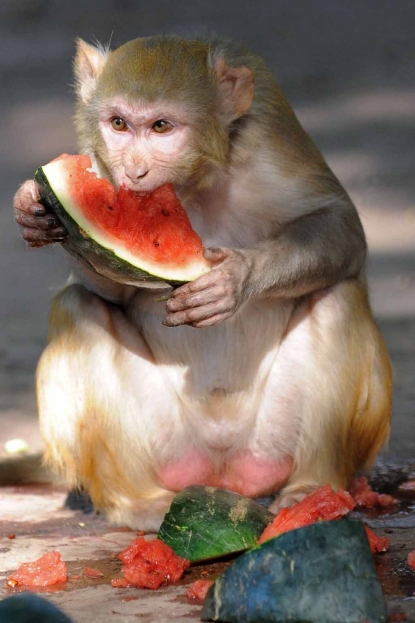 The neighbourhood fruit sellers arm themselves with catapults in defence against simian thieving, but aren't always quick enough on the draw to stop the monkeys making off with a juicy bunch of grapes or bananas.

The local tennis courts seem to be a favourite hang-out -- and nothing will put you off your game more surely than a large male macaque casually strolling in front of the net.

Every few months, the residents' association calls in the municipal monkey catchers, whose nocturnal operations give the colony's human residents some respite. But this is usually short-lived.

I was in my flat with the windows open a few months ago, having not seen any monkeys for a while, when the evening peace was suddenly shattered by a series of ear-splitting shrieks. Only later did I hear from a wide-eyed shop-keeper in the local market that the source of the din was a huge fight between around 20 monkeys that sent people scurrying for safety.

The AFP office in the heart of the city is no less prone to the monkey menace. Colleagues brave enough to take their lunch to the office rooftop in the autumn and spring, when the searing heat abates, risk getting ambushed and losing not only their food but sunglasses, wallets and anything else they've got with them. 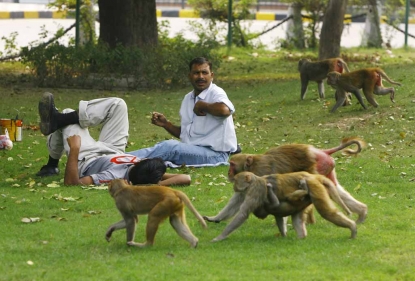 Just venturing outside can be risky. One morning shortly after I arrived in Delhi I was walking into work from the local coffee shop, minding my own business, when I suddenly felt a spray of water. When I looked up, a large monkey in the tree I was walking under was staring at me as he answered the call of nature. 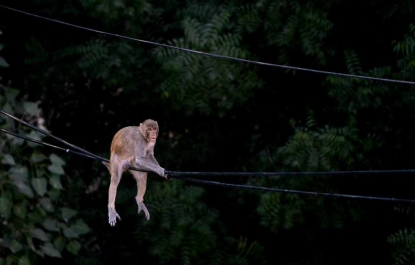 Hundreds of monkey bites are reported annually in the city, where many devout Hindus feed the animals during ritual offerings to the monkey god Hanuman. They have been known to invade cricket pitches and chew through internet cables. 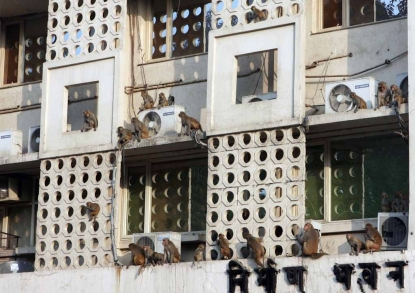 Relaxing in the nooks and crannies of the ministry of health. (AFP / Raveendran)

For many years, the New Delhi Municipal Corporation employed teams of the larger and more aggressive langur monkeys at government buildings and official residences to frighten away the smaller macaques, until a 2013 court ruling banned the practice as cruel.

When the courts also vetoed using rubber bullets and electric fences around government buildings, authorities resorted to teams of monkey scarers, who wear masks and impersonate the langurs' calls.

Officials have even tried mixing contraceptives into food left out for monkeys -- but the problem persists.

All this is a side effect of being lucky enough to live and work in one of the world's leafiest capitals.

New Delhi is a low-rise, tree-filled macaque heaven -- and nowhere more so than the plush central Lutyens district, home to Supreme Court judges and the country's most senior bureaucrats and military officers. Even the prime minister is not immune -- according to a recent newspaper report, his official residence has three dedicated monkey scarers working round the clock.

And hopefully ensuring that the leader of the world's biggest democracy always has water in his taps. 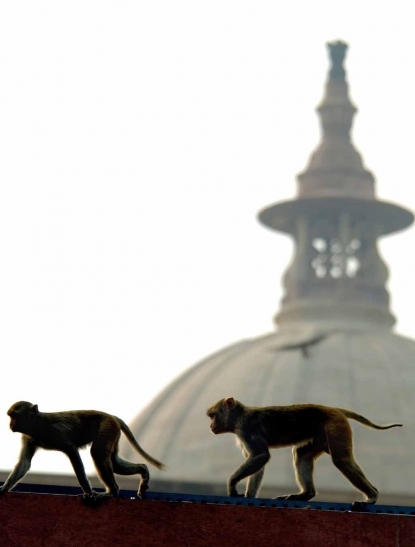 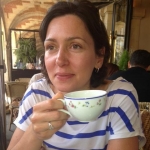 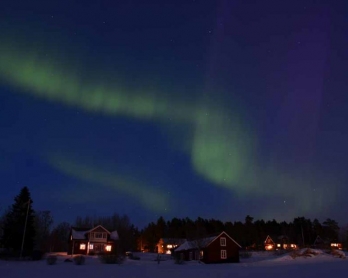