Tripoli -- Reporting from Libya at the moment is a challenge to say the least. There are two rival governments set up in different parts of the country. There are  dozens of armed groups, each one controlling its own turf. When any of them have something to say to the world, they do so on social media, mostly Facebook. But you can never be certain that their declarations really reflect what is going on. Which can make for a mess. Especially since Facebook is where most of the country’s population gets its news...

One of the first things that I have to do every day is to identify who is in charge of this or that government or this or that militia on that particular day. Contacts change constantly, as do officials and spokesmen.

As if that wasn’t enough, the country is cut in two. A government backed by the international community is in the capital Tripoli in the west, while another, backed by General Haftar and neighboring countries, is in the east. Each government has its own press agency. Both are named Lana. Each Lana puts out statements by its respective government and also seeks to discredit the other.

Which presents a constant challenge for me. For example -- if the government in the east gives a death toll from clashes in the capital that the Tripoli government hasn’t even mentioned, do I take the eastern statement at its word? To try and find out what’s going on, I make sure that I have multiple sources -- ideally five or six -- before putting out any information. 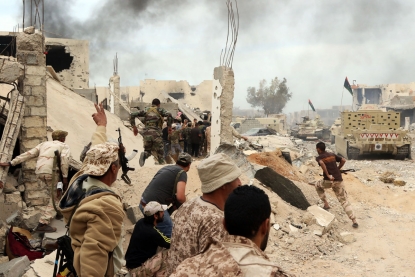 Much of my work takes place at night. Libyans go to bed, and wake up, very very late. So most information comes out at night. Which is problematic if you want to go to the scene of an event. There are a myriad of checkpoints throughout the country, and with crime levels sky high, you never know at whose mercy you’ll find yourself.

For Libyans, social media is the primary access to news. Everyone here has a cell phone. But having access to the online world doesn’t mean you’re well informed. Sometimes officials will deny to one media a statement that they made to another just a little while earlier.

The truth, the lies and everything in between

Everything -- the truth, the lies and everything in between -- is posted on Facebook. Sometimes I think that the situation in the country could improve if Internet access was cut. Then people would no longer have access to rumors, which represent roughly 90 percent of information that’s out there.

All it takes is for one militia to post on Facebook that there is a problem with a refinery... and long lines form outside gas stations.

This system, of everyone having a Facebook page, is not without advantages. In Sirte, for example, you can find a daily list of victims of clashes with the Islamic State on a hospital's Facebook page.

Sometimes the modern and ancient ways collide, to humorous results. For example, when several militias publish a joint statement on social media, they attach a photo of the document that each of them have signed and stamped. Just to show that it’s authentic.

Complicating things, there aren’t state security forces. So the UN and the government in Tripoli are discussing creating a “presidential guard” to protect government institutions and embassies.

To get information about what has happened somewhere, you usually have to go through the militia that controls that particular parcel of Libya. Except that if a clash happens in a militia’s territory, it doesn’t always want to talk about it, since it receives money from the government to keep order on its patch. 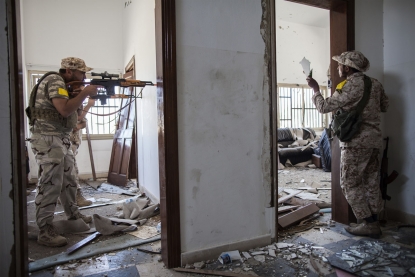 You can always try and get the information first-hand, on the ground, but it’s risky for a foreigner. Even if you’re a ‘local’ foreigner like me. I am Tunisian, with a last name that can also be found in Libya. But the areas controlled by the militias change all the time, the checkpoints mushroom and accusations of being a spy abound.

The local militias just don’t understand what I could possibly be doing with a pencil, so for them I must be a spy.

Working in this jigsaw puzzle requires certain knowledge. In Sirte, for example, it’s better to work with a camera than with a notebook. The local militias just don’t understand what I could possibly be doing with a pencil, so for them I must be a spy. It was the same under Kadhafi, when I once managed to escape a dangerous situation because I happened to have had a camera on me (apparently to be a journalist you have to have a camera). In Tripoli, it’s the opposite. Do not under any circumstances take out a camera.

The capital presents its own challenges. You have to know when you can work in the open and when to remain discreet. Noone knows exactly how many militias there are in the city and the areas under their control. It’s certain that there are dozens, with at least five controlling others. But how many exactly? Noone can say. It’s easier in the countryside, where the cities are control by one or two mostly local tribal militias. 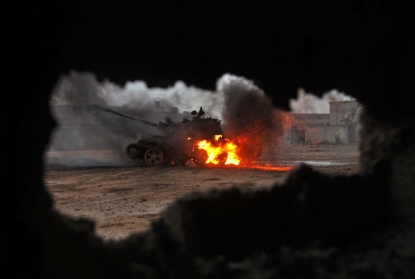 I am always very careful when the situation is calm. Because when it’s calm, things can get nasty very quickly. You just have to stumble on a bad checkpoint.

All of this means that social life is reduced to a bare minimum. I have a friend, a foreigner, whom I see on the weekends. It’s too dangerous during the week. There are no embassies, almost no NGOs. EU NGOs are in theory due to come back, but haven’t yet done so. Criminality is sky-high, with foreigners especially at risk. Since most locals are armed, robbers don’t risk breaking into their homes -- they can stumble on someone with a rocket launcher… 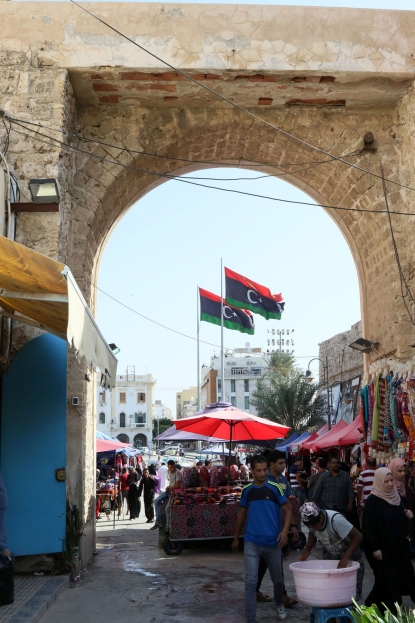 I’ve been in the country for a while, know it well and frankly still love it. I opened the AFP bureau in 2008 -- we were the first Western news agency to open a bureau here. We were the only ones to cover the revolution in February 2011. I was in hiding at our photographer’s house in a suburb of Tripoli, from where I continued to report; my heart dropped every time there was a knock on the door. I left in 2015 and returned this year, after a break in Jordan.

In 2011, reporters were welcomed everywhere. Today that’s a very distant memory. Today, many people with whom I speak are convinced that I am a spy for the French government.

I am not the only one to face such difficulties. Many of my colleagues have left the country. Work conditions are further complicated by electricity cuts and breaks in telephone service. Which complicates coverage when something happens.

My biggest fear is that the airport closes. It’s controlled by a militia, which can be problematic if you have to leave in a hurry. In a way, we are still living the same as during the Kadhafi era -- arbitrariness reigns, but today there is also the security chaos.

The militias get their money from either the government of the local ‘powers.’ Some of them make money through human trafficking. They play the role of the coast guards, but also supervise the launching of boats filled with migrants desperate to reach Europe. Sometimes they stop the traffickers and then demand money from the government to continue their “work.”

At the same time, Libya is a marvel of a country. It has fantastic landscapes, a slow rhythm of life, well-preserved antiquities dating back to the Roman era. 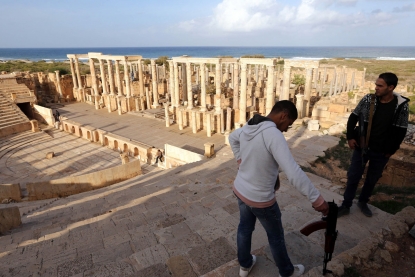 The main problem here is that the tribal comes before the regional, which comes before the national. Coupled with a ferocious independence streak, it does not make for a mix conducive to keeping a country together. 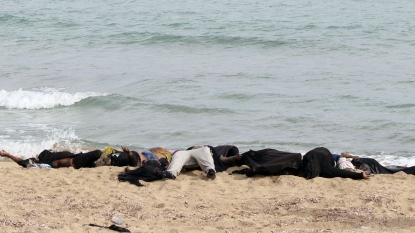 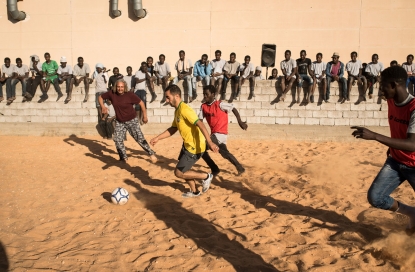 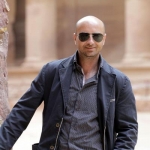 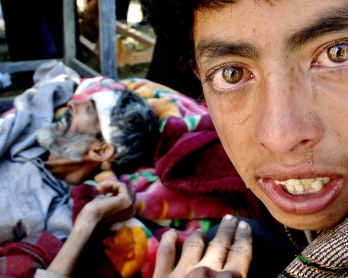