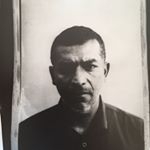 Photographer based in Tijuana.

Telling the story as it is

AFP photographer Guillermo Arias has won the top prize at photojournalism’s biggest annual festival, the “Visa Pour L’Image,” for his moving coverage of Central American migrants trying to get into the US.

Here Arias, who is based in Tijuana, Mexico and who scooped up the Visa d’Or for News, speaks about the importance of telling a story as honestly and completely and with as little manipulation as possible, especially in the age of ‘fake news’ and deep mistrust of the media.