Clausnitz -- Before I headed for a reporting trip to Saxony, I mentally prepared for a hostile reception. After all, the eastern state has gained a reputation for xenophobia after numerous violent demonstrations staged against refugees. Being Asian, I am obviously a foreigner, even if I speak German. And I was going to report on the refugee issue. The makings of a chilly welcome at best.

Go with a big, burly photographer, colleagues said, only half-jokingly. In the end, I went with a regular-sized photographer, also a foreigner, but less visibly so than me. And encountered the unexpected.

Once little known around the world, and even to most Germans, small villages and towns like Bautzen, Clausnitz and Freital have gained notoriety for vitriolic protests against the almost 900,000 asylum seekers who have arrived in Germany over the past year to seek refuge from war and misery. 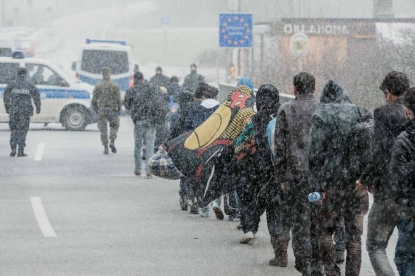 Over the last months, we've received police statements regularly about fire breaking out at refugee homes or planned accommodation for migrants.

More often than not, these likely arson cases took place in the same picturesque small towns and villages dotted across Saxony, a former communist state, whose capital Dresden is the cradle of the Islamophobic movement PEGIDA.

Because no one is hurt in the fires, which have become bi-weekly occurrences, they have dropped off from news coverage. Convictions for them are few and far between. 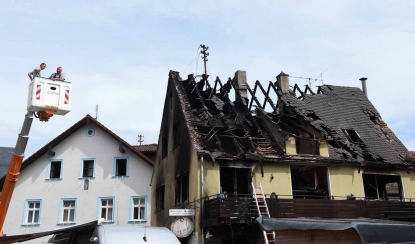 But as I found out, such attacks are only one of many forms of intimidation that refugees face daily in the state.

'Go back to your own country'

Each of the seven Syrians I spoke to in a town called Freital had a personal experience to relate.

One young man said he wanted to go to a stadium to watch a football match, but he was told to “get out of here, go back to your own country”.

Another recounted how he was just walking along the streets when a car pulled up next to him, and men poured out of the vehicle, chasing him through the streets.

A middle aged man spoke of his wife who had her headscarf ripped off by a complete stranger in the street, while passersby stood by, smiling. 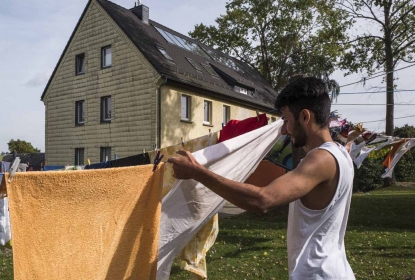 Sadegh Ranjbar, a refugee from Iran, hangs his laundry out to dry in the small eastern village of Clausnitz, on September 28, 2016. (AFP / John Macdougall)

Another young man said he was woken up by someone ringing his doorbell, and when he looked through the peephole, his visitors were three men carrying wooden slats.

Did you call the police, I asked them all.

They shook their heads, explaining that they didn't speak enough German to make themselves understood.

Some police are also racist, another Syrian man said, recalling an incident when he was handcuffed as he arrived at Dresden train station and then searched for no obvious reason, and then let go. He was not hurt, but it was humiliating and frightening, he said.

Although it counted once as one of the disadvantaged, disenfranchised eastern states which struggled to curb a brain drain to western states after reunification, Saxony has in recent years began to turn the tide. 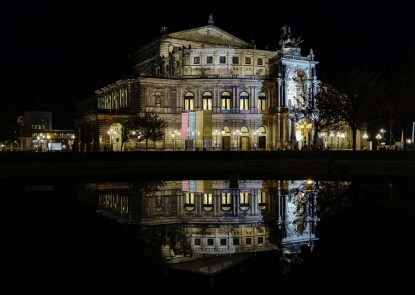 Like the bombed out town centre of Dresden, which has been completely rebuilt with billions in "solidarity funds" from the federal government, Saxony's economy is starting to shimmer again.

Yes, there are social housing blocks. But to me, they looked far less menacing compared to some rough and tumble French suburbs where even police think twice before stepping in.

The languid, pretty local scenery often jars with the violence directed at the refugees.

In Bautzen, where far-right protesters fought pitched battles with youth refugees over several consecutive days, their 'warzone' was just steps away from the medieval towers that surround a pretty town centre with restored and freshly painted buildings.

In Heidenau, where demonstrators clashed with security officers outside an asylum seeker shelter, houses are neatly kept, with front lawns complete with garden gnomes and nary a spot of litter in sight.

To get to Clausnitz, where a bus carrying refugees was mobbed by a marauding crowd, one travels through a pretty hilly landscape with hiking trails lined with fruit-laden trees. 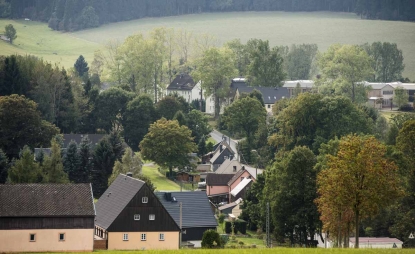 At the carpark of a supermarket near Clausnitz and on a highstreet in Freital, I tried to get locals to tell me what they thought of refugees.

Trying to stop strangers in the street for interviews is always a bit of a hit and miss and there will always be more people who walk on and refuse to hear you out rather than those who would oblige.

But it turned out to be a particularly strange vox-pox experience, because almost everyone I tried to stop, took a moment to stop and listen to what I had to ask.

It was only once they heard the word "refugees" that many stiffened and said, no, I don't want to talk about that.

Those who were against refugees had very little to say, except for one man, who gave me a blunt: "They should disappear from the face of the world". 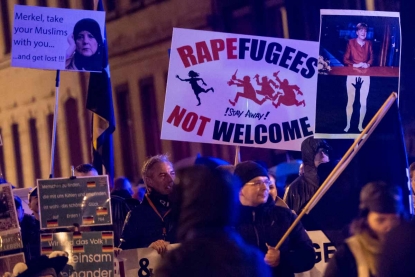 Those who would chat at length were those who said they didn't understand why there was so much hate against refugees.

One pensioner said the ones who were complaining loudest are “lazy thugs” who sit in front of the television and drink beer rather than go out and look for a job.

"They say that refugees are stealing their jobs. That's nonsense. There are jobs, they are just too lazy to get one," he said.

An elderly woman gathering prunes in her front yard said she hadn't had any personal contact with refugees in her village, who sometimes walk past her house on the way to the supermarket.

Asked if she was happy for them to be staying just a few houses away, she said: "Why not, they are people like us." 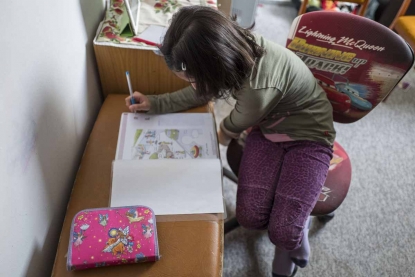 8-year-old Ghazal Deshli, a refugee from Syria, does her German homework at home in Clausnitz on September 28, 2016. (AFP / John Macdougall)

Maybe because Saxony has been so widely portrayed by mainstream media as a "brown" state (in reference to the colour of the Nazi's uniform), many who are on the fence prefer to stay quiet for fear that any sign of slightest concern about the newcomers could be construed as xenophobia and hence brand them Nazis.

So why is the mood so dark against refugees here, compared with other parts of Germany, where they have been welcomed?

An often cited argument is that there was never a thorough 'de-Nazification' of eastern states as they went from a fascist dictatorship to communist rule, unlike in the democratic west, which from the 1960s was ploughed into its responsibility over the Nazi past and the Holocaust. 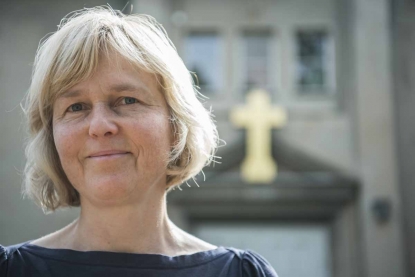 A pastor in Heidenau also said east Germans felt like they had only just found their feet after the massive changes wrought by the reunification, and once again felt rocked by changes they didn't ask for.

Some people also felt like they had been left behind against the backdrop of rapid progress, she said, and so, when they were branded as "the mob" by politicians or the media, they turn around and say, yes we're the mob and so what?

But for every person who throws a Molotov cocktail through the window of a refugee shelter, there are five others who are quietly labouring away to welcome the newcomers. But the work of these volunteers -- who do everything from teaching the newcomers German to helping them decipher official letters and draft answers to them -- takes place away from the media spotlight and is often overshadowed by attacks or angry protests at asylum shelters.

Quietly working in the shadows

What I found that there were hundreds if not thousands of volunteers in Saxony, taking time to sit down with the children every day after school to help them with their homework.

The place where I interviewed the Syrian refugees in Freital is an association that organises activities like metalwork workshops or excursions to the surrounding woods that familiarises them with their new environment. 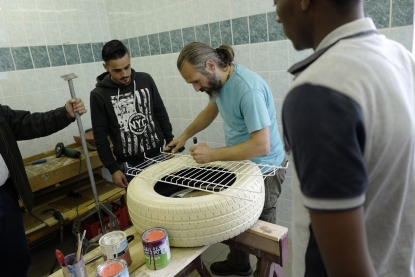 Local artist Vincenzo Panico (2ndR) directs a workshop for refugees at Biotec, a local association that provides activities for refugees and socially disadvantaged locals in Freital, just outside of Dresden on September 29, 2016. (AFP / John Macdougall)

A volunteer group helped raise money to set up a wi-fi network for refugees living in two separate housing blocks, so that they could Skype with their loved ones still stuck in war zones. It also helped battle the telecoms company when the network went down.

While I was there, one elderly neighbour of the refugees asked a young asylum seeker what he thought of the marmelade and told him to come over and pick up the cakes that she had baked for him.

When I asked her name, she declined to tell me, saying only that was the young boy’s “German grandma.” Not what I was expected to find when I was preparing for my trip.

A week after I returned, news broke that a Syrian suspected of planning a bomb attack had evaded arrest in the town of Chemnitz, sparking a nationwide manhunt. Oh no, not in Saxony, I cringed, fearing the reaction. The man, named Jabel al-Bakr, was eventually caught. By whom? Fellow Syrian refugees, living in Saxony’s biggest city of Leipzig. (Al-Bakr would eventually be found hanged in his cell).

When I learned of who had captured him, I heaved a sigh of relief. Maybe, I thought, this will contribute in some way toward dispersing the cloud of general suspicion hanging over the refugees in the state. 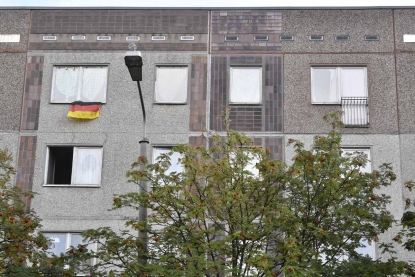 This picture shows the flat (Up R) on the last floor of a communist-era housing block in Leipzig Paunsdorf, eastern Germany, where a Syrian man, suspected of plotting a jihadist bomb attack, has been arrested on October 10, 2016. (AFP / John Macdougall) 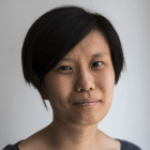 Reporter based in Berlin.
All posts 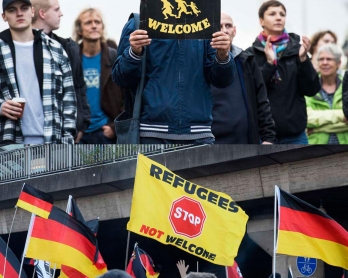 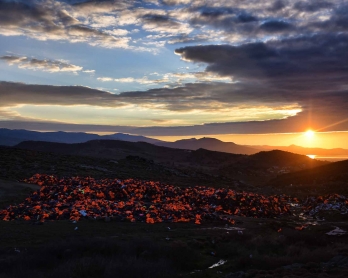 Of chickens, fishes and sins