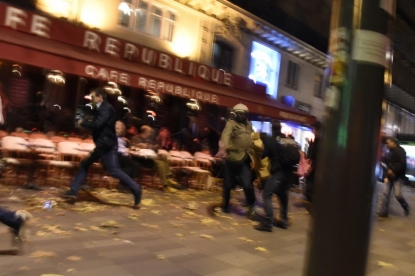 "Over the past few days I’ve heard a lot of people speak of “scenes of war,” of “a situation of war,” of “war medicine,” writes AFP photographer Dominique Faget, one of the first to get to the scene of the Paris attacks on Friday, November 13. "But you have to put things in perspective. On Friday... we witnessed a series of terrorist attacks in Paris, blind massacres, the worst attacks the French capital has seen since the liberation in World War II. But this is not a war."