Amsterdam, February 16, 2016 -- Only two photos remain on the table. One of them will become the World Press Photo picture of the year. Two weeks ago, when judging in the world's most prestigious photo contest began in Amsterdam on February 1, there were 85,000 photos by 5,775 photographers. Now there are just two left.

The seven-member jury that I head will debate for the final time, before voting in a secret ballot for which of the two images will win this year’s prize. To win, the photo needs to get six votes, in as many rounds of voting as it takes.

WPP 2015 1st prize winner for "Spot News, singles." A young girl after being wounded in clashes between riot police and protesters in Ankara, March, 2014. (AFP/Bulent Kilic)

The jury, named by WPP chief Lars Boering, is composed of photographers and editors. Three women and four men, who come from four continents. The role of the jury president is not precisely defined. From what I’ve gathered from my experience, it’s to steer the debate, make sure everyone has his or her say and nudge some to expand their opinions from “I love it” or “it does not tell me anything.”

All the jurors sign a confidentiality agreement, so I can’t disclose the content of our discussions, which took place in English. But I can provide a general outline of the discussions and can state unequivocally that there was no head-butting on this hyper-conscientious jury. Tensions and differences of opinion, yes, and often. But no acerbic confrontations that would have led to stalemate.

As was the case for the thousands of photos that preceded them, the discussion about the last two remaining in World Press Photo 2016 centered as much on the aesthetic and the technical as on the journalistic aspects of the images. What does the photo tell about an event? What is its emotional and editorial force? How does it compare to others in the same category? 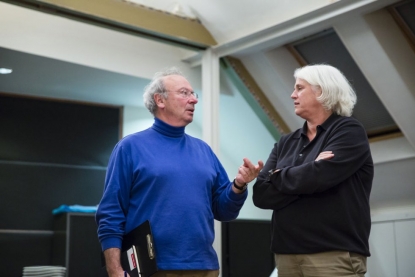 So we had to balance an event that best symbolized 2015, then a photo to best represent that event. The debate on the last two images lasted a good hour, but it took only one round of voting to select the winner, which will be announced on Thursday, February 18. (The awards themselves will be handed out at a ceremony in April).

Judging for the WPP is a marathon that’s marked by breaks -- to discuss a particular photo, or a point of procedure. To keep our wits sharp, the organizers keep the temperatures low -- the mercury in the projection room hovers around 10 degrees Celsius.

The projection room is in semi-darkness most of the time. Some of the jurors are wrapped in blankets. Time is marked by the bells of a church next door, which chime on the hour and half-hour. The photos on the projectors pass quickly, especially at the start of the judging. But they often stop so we can linger on an image when a jury member thinks one is particularly good. Sometimes, we go back to images we've already seen. 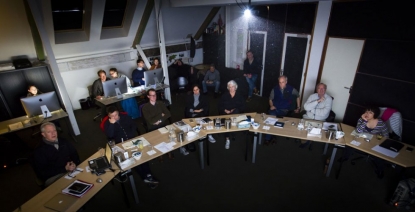 Photos in your dreams

We take breaks, as the eyes tire and concentration fades. The coffee machines work overtime. And we talk photos. All the time. After a few days, some jury members begin to see the photos in their sleep. Others can’t sleep, as the photos seen during the day flash before their eyes. Have we made a bad choice in eliminating this or that photo? The rules allow us to go back and reincarnate a photo that has been eliminated, and we do so several times.

The judging takes place in two main stages. The images are pre-selected by juries specialized in the seven of the contest’s categories -- “general news,” “spot news,” “sports,” “contemporary issues,” “daily life,” “people” and “nature.” Then the general jury votes to whittle down the competitors.

In addition to the seven categories, there are also three prizes for individual photos. Then there is a category apart for long-term projects, which has its own set of rules. To complicate things, a photo or a photo series can be transferred from one category to another... The WPP jury during a break. (Photo courtesy of WPP)

The jury sees the photos anonymously -- we don’t know who took the picture. Contrary to other photo prizes, any photographer can submit his or her work, without paying an entry fee. Any juror who may have a conflict of interest with a photo must say so, or risk being removed from the jury. So I recuse myself as soon as I recognize an image that was taken by an AFP photographer.

With a few exceptions, all of the photos competing in the 2016 contest must have been taken in 2015. In the “general news” category, the refugee crisis dominates the submissions -- we see image after image of refugees reaching southern European shores, especially in Greece, refugees walking in groups small and large, crowds of refugees blocked at the borders, crammed into trains, clashing with police.

The war in Syria, the Paris attacks in January and November, the devastating earthquake in Nepal and the clashes in the US set off by police shootings complete the submissions. 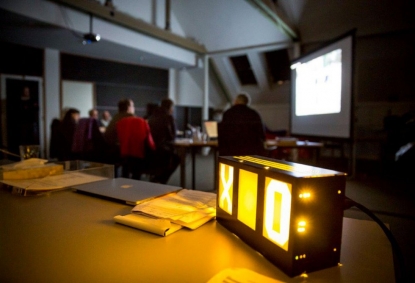 The projection room with a machine showing the votes. (Photo courtesy of WPP)

After last year’s World Press Photo contest was marred by controversy, rules concerning staging and image manipulation have been honed and published on the organization’s website. Photographers must be able to provide their raw, unedited images (RAW) or risk being automatically eliminated. Any modification of content also risks automatic disqualification. There is more leniency for Photoshop adjustments of contrast and the like, but the jury reserves the right to eliminate if it deems the changes excessive. Despite checking more entries than ever before, the total number of problems ended up being fewer than last year.

This jury is close-knit, respectful of the opinion of others and the work of the photographers. We have all learned a lot by discussing our points of view and pushing our arguments.

See the result of our work on Thursday.

Francis Kohn, the president of World Press Photo 2016 jury, is AFP’s director of photography. Follow him on Twitter. This blog was translated by Yana Dlugy in Paris.

WPP 2014 1st prize winner for "Spot News, singles." Survivors of a monster typhoon in the Philippines march in November 2013, a week after the storm devastated the area. (AFP/Philippe Lopez)

WPP 2009 1st prize winner for "People in the News." Massai warriors in the battle field as they clash with a tribe in Kenya, in March, 2008. (AFP/Yasuyoshi Chiba)

WPP 2012 2nd place winner for "Spot News, singles." A 12-year-old Shia Afghan girl cries near the dead and injured after an explosion during a religious ceremony in central Kabul in December, 2011. (AFP/Massoud Hossaini)

Reporting from the kingdom of fear