Paris - “Women have been using cameras since photography was first invented, officially in 1839. They have gone out in public, travelled to unknown lands, observed the world, covered wars, invented new techniques and displayed genius and avant-garde artistic innovation,” says AFP’s head of photography, Marielle Eudes. “And yet most of their names are still hardly known. Women have stayed in the shadow of history, unseen, erased.”

Photographers like Frances Benjamin Johnston, Alice Shalek, Elizabeth “Lee” Miller, Gerda Taro, Eve Arnold, Dorothea Lange, Francoise Huguier and Sabine Weiss have all helped shape the technique and art of photography. A major exibition at Paris’s Orangerie and Quai d’Orsay museums in 2016 and the publication last year of A World History of Women Photographers (Textuel) helped changed that. Now our series of blogs will celebrate the women photographers working for AFP.

In this first of our series, Lisbon-based Patricia de Melo Moreira, named one of the best agency photographers by The Guardian newspaper in 2020, talks about how she tries to capture the joy as well as the fragility of people’s lives. 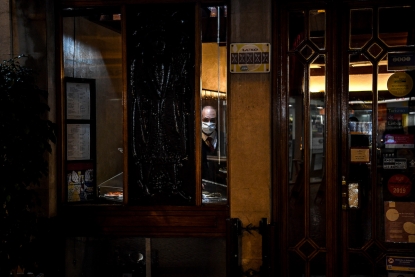 How did your passion for photography start?

I remember seeing my father leafing through his precious collection of copies of Life magazine. I must have been eight or nine years old. I clearly remember the moment when he told me how well a photograph could capture a decisive moment in history.

I also remember all the questions I used to ask him. I remember talking with him about Robert Capa's war photography. I discovered the work of photojournalists thanks to my father.

I came to share his passion. I used to give him books of photography for Fathers’ Day. When I was growing up I spent my pocket money on a subscription to National Geographic. 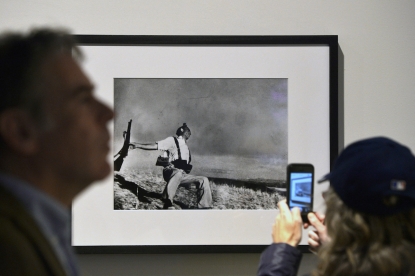 Patricia's father inspired in her a love of photojournalism, such as the work of Robert Capa (AFP / Gabriel Bouys)

We shared a passion for photography, but still, at first, my father did not approve of me choosing it as a career. He used to say: “It is a dream, but it won’t give you any stability in life.”

I stubbornly insisted. We had arguments. In the end, he gave in. When I was 18, I went to university to study documentary photography. I already knew I wanted a profession that would allow me to go out and meet people and discover different worlds from within. 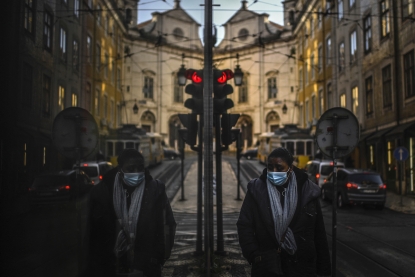 "When you get close to people," says Patricia, "you can show that each person is unique." (AFP / Patricia De Melo Moreira)

I was hungry for photography. I was totally open to all genres: fashion, creative photography, everything. But I specialised in photojournalism because I quickly discovered that was what I was best at. I worked in a shopping centre to pay for my studies and the rest of the time my life revolved around photography: out in the field or in the laboratory, because in those days we still had to develop the pictures on film. I worked for various Portuguese media before joining AFP in 2009. 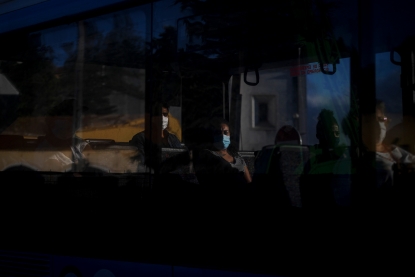 What three words sum up your work?

That’s a difficult question! I would say: simple, emotional, profound. Simple, because I don’t use very sophisticated techniques. For example, I don’t cheat with light effects. I work with the light there is at the location, even if it is not ideal.

Emotional, because I always seek to capture the feelings of the people I photograph. I try to take the time to listen to people to understand how they are feeling. But emotion can also come from the atmosphere: in the empty streets during the pandemic, for example. I try to use the light to capture the mood in the city. And profundity, because I hope to work on people’s consciousness and make them think. 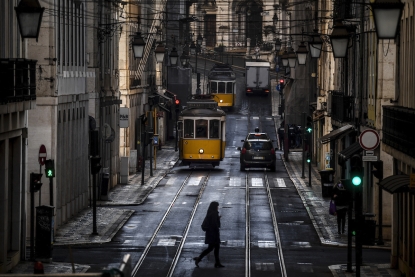 Above all, though, I think it is very important to be honest. You have to report things the way they are. That’s what photojournalism is about. I try not to have preconceptions when I arrive to cover something. I may expect one thing and then find once I get there that it is all very different. 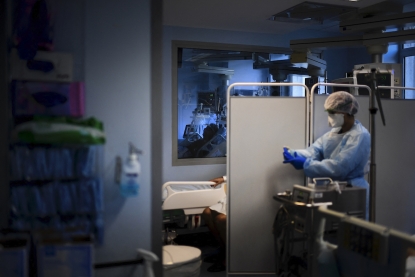 For example, we went several times to hospitals which were said to be saturated during the pandemic. We thought we would find the healthcare staff stressed and exhausted, but that wasn’t at all what we observed when we got there. They were focussed and had everything totally under control. I felt relieved and protected. 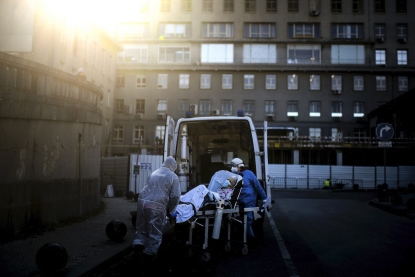 Health staff appeared in control despite having lots of patients to treat in the pandemic, Patricia says (AFP / Patricia De Melo Moreira)

I particularly like covering social and cultural subjects. I try to do my research beforehand. When I was asked to cover a legal reform in parliament on adoption of children by same-sex couples, I chose to approach it by meeting some of the couples who stood to benefit from the law. 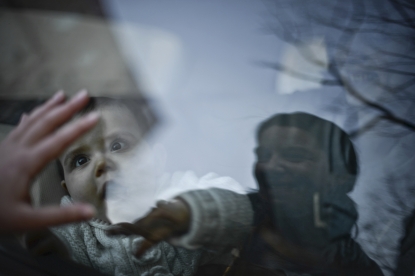 It was fascinating. I spent time with four or five couples and their children. I enjoy entering into people’s lives: I feel privileged to meet them. It is the human side of the story that most interests me. Not just human beings’ fragility but also their moments of joy and celebration. 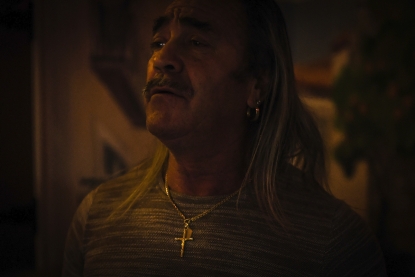 When you give yourself time to get close to people so that they can be themselves, you can show that each person is unique. I like going home afterwards and feeling that I have been enriched by contact with others, and that those who see my photographs will have the same feeling: the pictures will inform them, but also make them feel something. 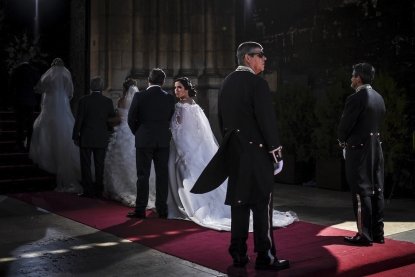 Social and cultural subjects are a passion for Patricia, who photographed this group wedding in Lisbon in 2019 (AFP / Patricia De Melo Moreira)

When you work for an agency on breaking news, it is not always easy. You have to work quickly and accurately and be sure to photograph the key moments. But that work has also made me more agile. 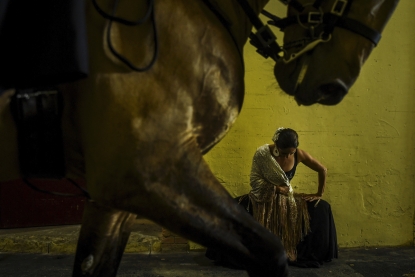 What does it mean to you to be a woman photographer?

I want to receive equal treatment, so I do not want to believe that we are different from men. But in practice, we are sometimes seen as more vulnerable and fragile. Unfortunately, some people think women photographers cannot cover certain events. For some people, photojournalism is a job for men because it involves risks. 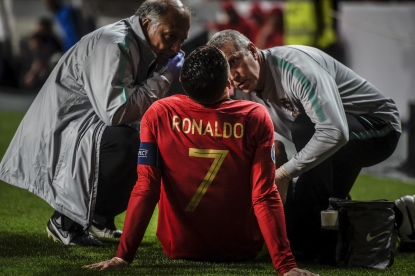 That is a persistent stereotype that we have to overcome. I have never been a direct victim of this stereotype, but I have experienced it in subtle forms -- for example when I cover football matches.  All at once someone will notice that I work for AFP and will be surprised.

There are other women photographers who cover football in Portugal -- the Lisbon club Benfica has a woman photographer. But there are not many of us. 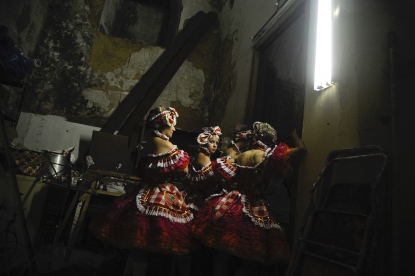 Being a woman can be an advantage when photographing other women, Patricia says (AFP / Patricia De Melo Moreira)

Being a woman can be an advantage for a photographer, particularly when it comes to taking pictures of other women. It is easier to get a sense of intimacy. They do not feel threatened. They feel more confident.

I would prefer there to be no International Women’s Day, because that would mean that the inequalities have been overcome. Either way, it is not a day for giving out flowers and seeking publicity. It is a day to remember that we have to take action: everyone, not just women, and at all levels, starting in schools. We have to teach children that there are many women in the world who still do not have equal opportunities, salaries or even physical safety. There is so much inequality and there always has been. 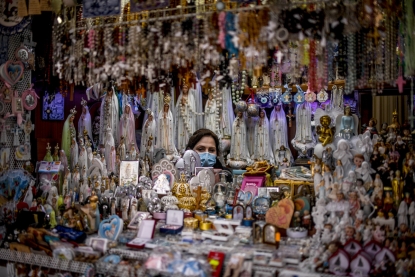 What is the most memorable event you have covered?

The Pedrogao Grande forest fire in 2017. More than 60 people died. Forest fires are frequent in Portugal in the summer, but the Portuguese were not prepared for that tragedy.

Covering the fires was particularly tough, both physically and morally. I remember the day it started. I was covering the Gay Pride parade in Lisbon. It was more than 40 degrees Celsius and a dry storm increased the strength of the fire. 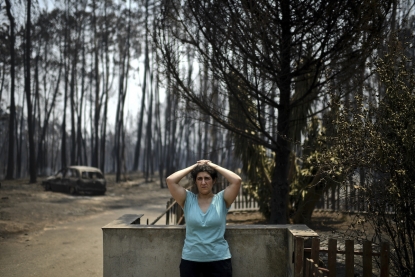 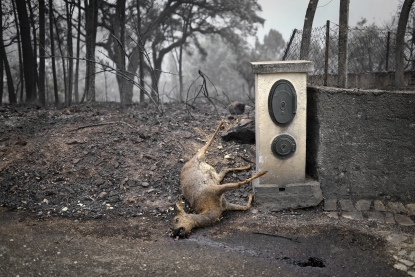 When we got to the scene, the fire had already ravaged the area. There was thick smoke that made it hard to see. We worked for nearly 48 hours non-stop. Nearly 50 people including children died in their cars while trying to flee. There was nothing left of them but their ashes in the charred cars.

I’ll never forget the survivors I met. They needed to tell their stories, how they had tried to help the others, how they had fought in vain to save their houses and animals, how the flames had stunned them, taking away their whole livelihoods in a few hours.

One woman wept as she showed me the buckets of water she had tried to carry to her burning car. She felt guilty. Those images have stayed with me. I think of them every time I walk through a forest. I could never have a house in a forest. 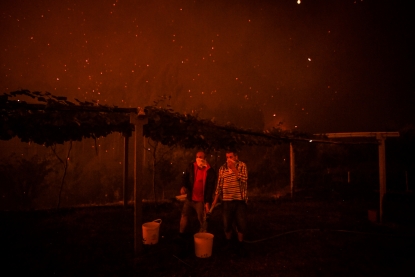 Forest fires hit Portugal every summer, like this one in Macao in 2019 (AFP / Patricia De Melo Moreira)

What was the last fascinating story you covered?

It was a journey to the Azores in early March. We went to the island of Corvo, the smallest one in the archipelago in the mid-Atlantic, more than 1,800 kilometres (1,118 miles) from the mainland. 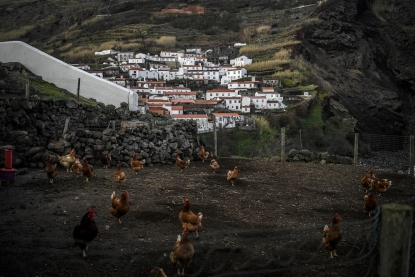 It has fewer than 400 inhabitants and they have only had one single recorded case of Covid: in January it was detected in a person who had been to the mainland. We covered the island’s vaccination campaign.

We weren’t even obliged to wear masks. People were giving us strange looks and we realised it was because we were wearing masks, so we took them off. We had been tested before leaving on the trip. 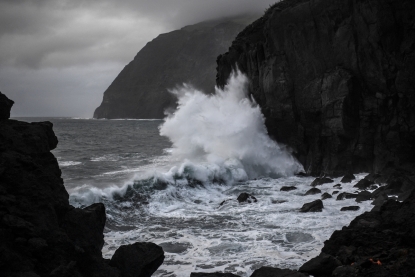 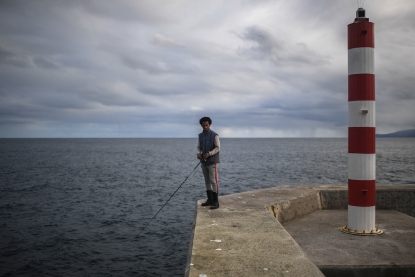 It felt strange to go into a small restaurant on the island and be close to other people. But by the second day we had got used to it. After two months of confinement in Lisbon, we took the opportunity, before returning, to get some fresh air and enjoy the countryside. It was a marvellous feeling. 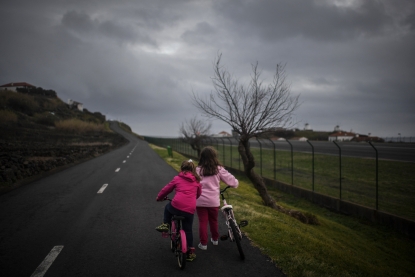 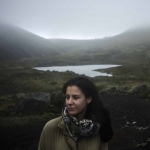