US Secretary of State John Kerry at the window of his room at the Beau Rivage Palace hotel in Lausanne, Switzerland, during a break in nuclear talks with Iran on April 1, 2015 (AFP Photo / Fabrice Coffrini)

Waiting game on a Swiss lake

LAUSANNE, Switzerland, April 2, 2015 – For the past week I have been travelling with US Secretary of State John Kerry in Switzerland in the marathon search for a nuclear deal with Iran. Covering negotiations like these is as much about official photo ops as behind-the-scenes moments and features.

As pool photographers we wear several hats including those of AFP's competitors Reuters and Associated Press. Each photo op is about making a picture of record to serve all three news agencies. 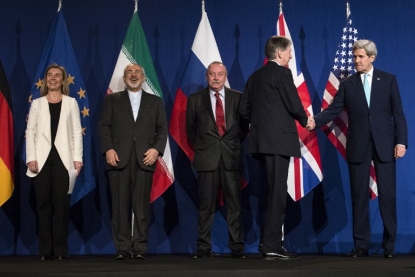 Delegates from the EU, Iran, Russia, Britain and the United States at the end of the Iran nuclear talks in Lausanne on April 2, 2015

These may look very similar, but taken together they reflect the small differences between day one, day two and so on. You need to record who is there, what they look like that day, and hope their face or body express emotion. As the negotiations dragged on however, past a March 31 deadline, the ops got fewer and fewer, then dried up completely. 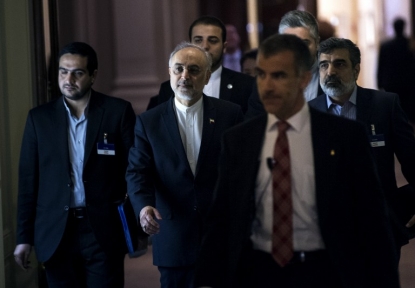 Iranian Atomic Energy Organization head Ali Akbar Salehi after a meeting at the Beau Rivage in Lausanne on April 1, 2015

For the last two days we did not once see any of these guys in anything like an official photo. This can be a problem because you want fresh images of the key players to match the day’s stories. But a photojournalist can go hunting for other moments to illustrate the story. This is the hardest but also most rewarding approach. 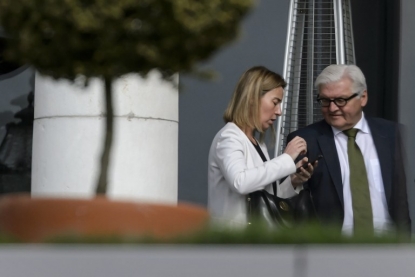 It’s a combination of vigilance, experience and luck to make strong photos while on the wrong side of a closed-door story. I kept an eye out for when and where the delegates take a walk. I also relied on the eyes and instincts of other AFP staff. The delegations and their security frequently ‘telegraph' their moves, and where they are headed. Sometimes your only chance to find your subject is while they move from place to place. 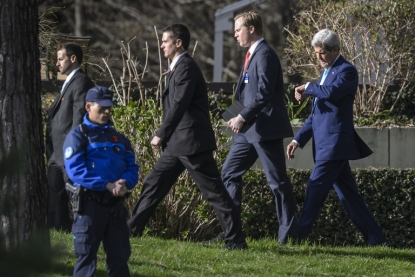 US Secretary of State John Kerry walks in the garden of the Beau Rivage in Lausanne during a break in talks on April 1, 2015 (AFP Photo / Fabrice Coffrini)

Fabrice Coffrini, AFP’s photographer in Switzerland, followed events primarily from outside the Beau Rivage hotel. He did excellent job, nothing seemed to get by him. I think he lives on Lake Geneva these days. It took patience for Fabrice to get this photo of Kerry at the balcony. Jo Biddle, AFP’s State Department correspondent who also travels with the Secretary, helped us stay up to date on when meetings started and ended, which was key to capturing some moments. 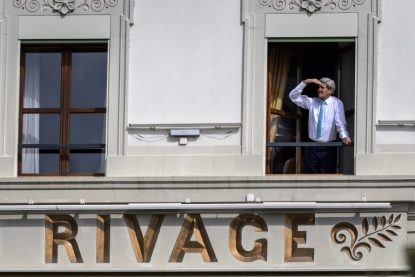 US Secretary of State John Kerry at the window of his room at the Beau Rivage hotel during a break in talks on April 1, 2015

Covering politics I have a lot of experience photographing very dry moments. Generally all you have to go on is the face and body language. But I always try to make sure it’s a fair picture – that it captures the dominant moment. I leave it to the viewer to interpret the greater meaning. 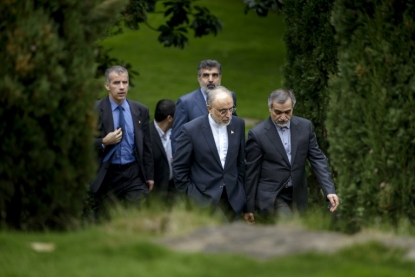 If we had the kind of access that allowed us to sit with the officials, I’m sure we could have shown them in telling states of exhaustion. But rarely are people comfortable with that. At the outset of the talks, the Iranian delegation had a nice routine: they would have breakfast and then go and sit in the garden and talk. At times they seemed quite at ease with our presence. But other times you could tell they were concerned about being overheard, sometimes covering their mouths as they spoke. 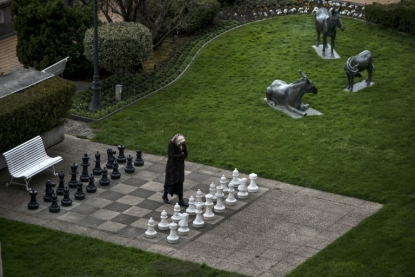 A member of the Iranian media, at the Beau Rivage Palace Hotel in Lausanne on March 30, 2015

The chess set is pretty much a cliché for what is going on here – but things like that can be seductive to photographers. The set probably found its way into too many of my photos. I like the quietness of this one, the Iranian journalist walking by herself on the checkered stone. 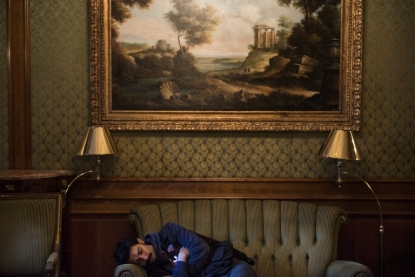 If I had my way I wouldn’t be documenting other journalists. But as the talks dragged on, it was one of the ways to establish the passage of time. With the photo ops, you have to look at the colour of people’s ties to tell what day it is. You get a much more human representation of time passing from the dirty table cloths, stained with coffee and leftover food. 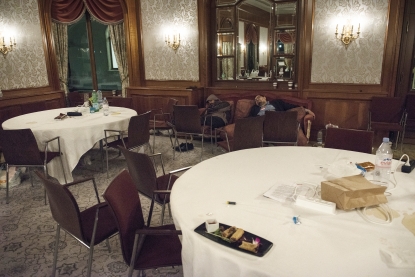 People sleep in a media work space at the Beau Rivage Palace Hotel during an extended round of talks April 2, 2015

I enjoy the challenge of this type of coverage. My time has been spent on seconds-long photo ops and hunting for images that may not be there. Sometimes the photos I make are strong, other times they are weak. Either way, I think it’s important that journalists, photo and otherwise, do their best to show the process unfolding in here to the outside world.

Brendan Smialowski is an AFP photographer based in Washington. 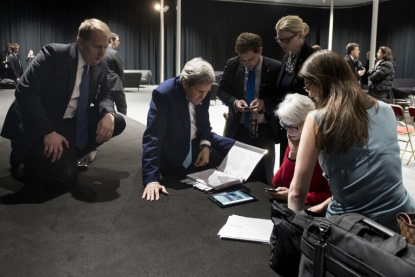 US Secretary of State John Kerry watches on a tablet device as US President Barack Obama addresses the nation after the end of Iran nuclear talks in Lausanne on April 2, 2015 (AFP Photo / Pool / Brendan Smialowski) 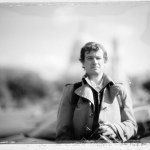 Photographer based in Washington DC
All posts
Next post

'You have 10 minutes to get out of your house!’