Belgrade -- It’s a dark world. You step inside and it takes time for your eyes to adjust. You see people on blankets. They look like corpses. You see shadows moving around. The smell is overpowering. For a moment you think that everyone inside is dead.

I’ve covered plenty of stories on refugees and migrants but never have I seen conditions as deplorable as those of the hundreds of young men who are living in an abandoned warehouse behind a train station in Belgrade.

They have been here since the summer. Even though Europe has closed its borders, they keep coming, hoping to cross. And since the onset of the winter, always harsh in the Balkans, their conditions have been in the spotlight again.

Around 1,000 of them live here. They’re mostly from Afghanistan and Pakistan. Those who got here first managed to grab small rooms, probably former offices, which are protected from the cold on three sides. The rest freeze in the middle, where the cold comes from everywhere. They spread blankets and cartons, wrap another blanket over their head and wait for the time to pass. 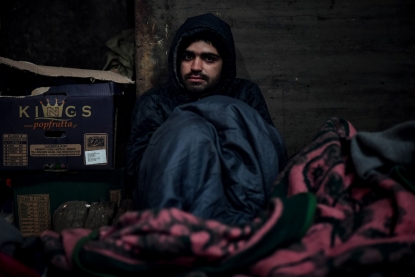 The first thing that hits you when you come here is the smell. There is no proper sanitation. The smell of human feces and urine is all around. There are two broken pipes of running water. The men try to wash themselves, but there is only so much that they can do. 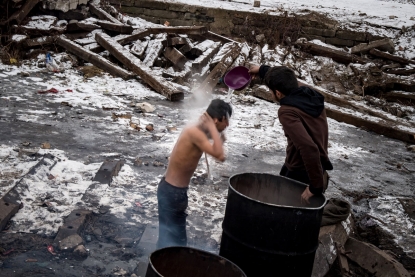 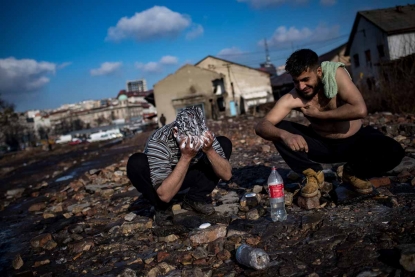 On top of that, they don’t have proper heat. In recent days, they got a few heaters. But they mostly burn things to keep warm. Often they burn plastic. You know what that smells like. And how dangerous that is. They burn everything they can and often the smoke is black and noxious. The smoke turns their faces dark, so they look like coal miners. 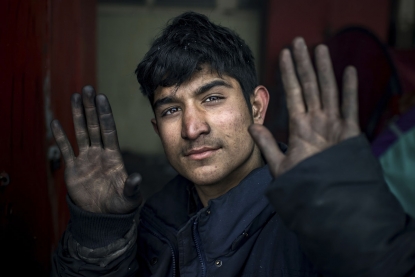 “No one leaves his house unless his house is the mouth of a shark.” This sentence is written in English on the wall of the warehouse. When I ask them why they left their homes, most say because they wanted to find a better life in European countries. Some are afraid of Islamists back home.

When you show up with a camera around your neck, the vast majority of them -- 90 percent -- are totally friendly. They approach you, or they don’t mind at all if you approach them.

The majority sees the media as a way for the world to see what is happening to them and the few that refuse to have their picture taken seem to be afraid that someone back home may recognize them. They generally welcome you with a smile and they are open to talk to you. Many times they ask you to join them for a cup of tea, or to share a meal that they are preparing for themselves. 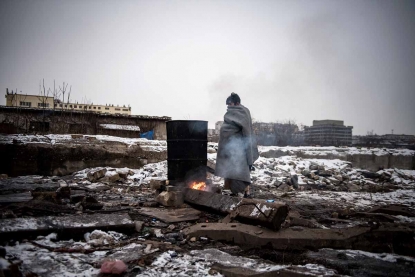 I always ask before I take a picture. Some of them don’t want to be bothered, but they’re not aggressive about it. A guy will put a scarf on his face and I’ll say no worries, I won’t take a picture of you .

I’ve been photographing them on and off since November. Most of them stayed here, refusing to go to official refugee camps set up by NGOs and the Serbian government because they feared being stuck in the camps. Or expelled. But over the past few weeks, as conditions have gotten worse and the media have reported on them, the government stepped up efforts to have them voluntarily leave for camps.

About a third of them complied with the government request. A third ran away when they saw the buses. And a third is still there. 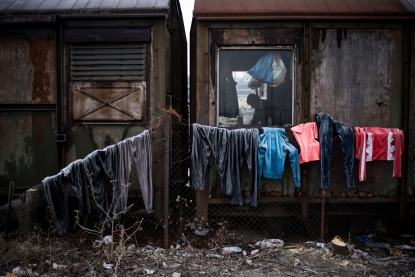 It’s very hard to explain why the ones who stay are doing so. Maybe they’re waiting for smugglers to take them across. There are groups that try to cross on their own from time to time, but they don’t succeed.

I ask them, “Why are you staying here? Go, at least for the winter, to these camps that the NGOs and the Serbian government have set up. Most of the camps are open, you can come and go as you like. But at least you can have some kind of shelter. It’ll be more decent and humane.”

The don’t get three meals a day. There’s a British NGO that provides food to refugees and they come around between noon and 1 pm to bring some hot meals. They line up and wait patiently, surrounded by tens of cameras and journalists. 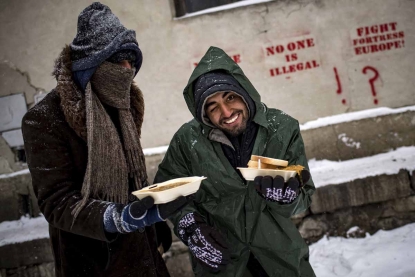 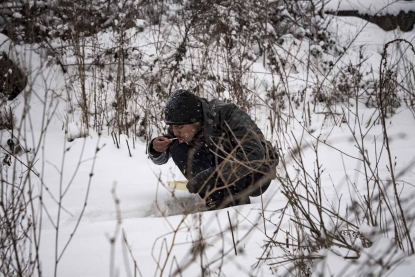 And from time to time, they serve warm tea. The people who have money go to the local shops to buy bread and food and they cook for themselves. 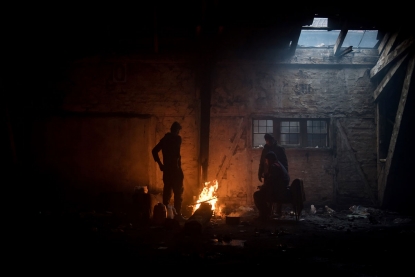 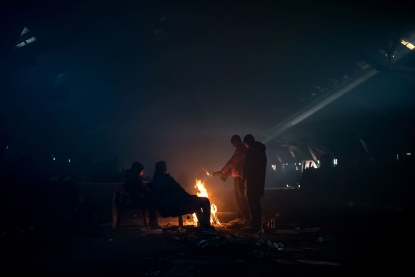 One of them told me that he and his buddy managed the other day to cross into Croatia, but were picked up by the local police somewhere close to the border. The police beat them and sent them back to Serbia. Now they say they will lay low for a few days and try again, this time into Hungary.

Often when I approach to photograph them, they ask me where I am from. When I say Serbia, they say “Serbia is good!” “How can you say good, when you live in these conditions?” I ask. “Because noone beats us!”

I think a lot of them knew what to expect insofar as closed borders, that they would have to try and sneak across. But they didn’t expect that the local police would beat them. The other day I overheard some of them saying, “Why did I come here, I should have stayed in Afghanistan.” 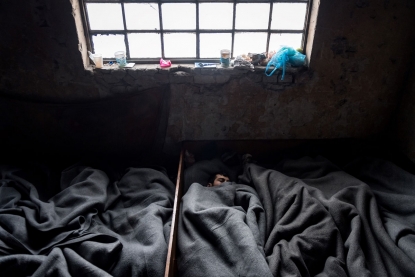 I try to put myself in their place and I can only shudder. The conditions, the lack of hope, the boredom. They have nothing to do all day long. They seem really tired and resigned. Really, really tired. 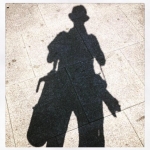 Photographer based in Belgrade.
All posts 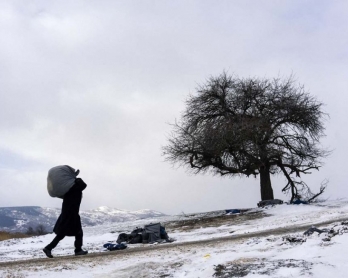 Exodus under the Balkan snow

When the earth trembles and deja-vu strikes