AFP Istanbul-based photographers Bulent Kilic and Ozan Kose are both fearful for their country’s future following the failed attempted coup. On Friday evening, they were both shooting separate commemorative events for the Nice attacks, not imagining that within an hour they would be covering the first bloody military coup attempt in their country in more than 30 years.

Both had close calls during the long night they spent on the streets of Istanbul, capturing the unfolding drama — Bulent got set upon by an angry mob while Ozan found himself in the crossfire between soldiers and police. And both agree that Turkey will be forever changed by the night.

“Nothing will be as before,” they say.

ISTANBUL — A line has been crossed in Turkey. You had people who were standing up to the military, but once they stopped the soldiers, they didn’t stop themselves. They lost control. And now they feel they can do whatever they want. 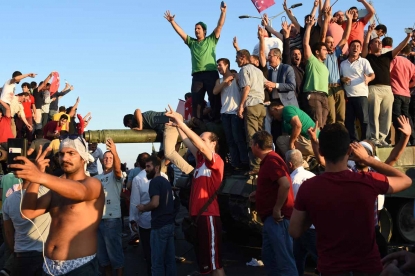 Crowds take over the military position on the Bosphorus bridge in the morning of July 16, 2016. (AFP / Bulent Kilic)

This happened in Istanbul, not in Aleppo. In Aleppo, there is no law, there are no rules, there is anarchy. We’re still in Turkey here. You’re a democracy fighter, you have stopped the army, that’s fine. But once you stop the army, once the soldiers give up, you stop and you tell the world, look what we have done. And they didn’t.

The images of the people attacking the soldiers on the bridge, these images will change the country. Turkish people have always had respect for the Turkish military. And on Friday, you had images and movies circulating on social media of people attacking the soldiers, even after they’d given up. Everyone is talking about these images on social media. 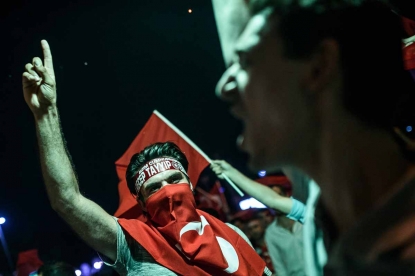 There are now two blocks in Turkey — one block is totally against Erdogan and the other is totally adoring Erdogan. I’m really afraid for the future. Everyone is. People are shocked. Both that there was this coup attempt and at what happened during it. It’s a very Turkish thing, but the military was always held in high regard here. And those images  changed everything.

'The military has taken over the government'

Friday evening I was shooting one of the two bridges across the Bosphorus because they had a light show for the Nice victims. They lit the bridge in the red, white and blue of the French flag.

As I was shooting, at one point I realized that the traffic on the bridge had stopped. This wasn’t normal because it wasn’t the regular rush hour. I got some calls from friends and colleagues that something was going on and then I called Ozan. He said something was going on, too. So I took the car with two fellow photographers and we headed to the bridge.

We drove toward the bridge and past a military school where apparently the coup had started. By this time we heard that the military had closed the bridge, so I was driving like a crazy person. A soldier flagged us down. I slowed the car down and shot pictures outside the window. 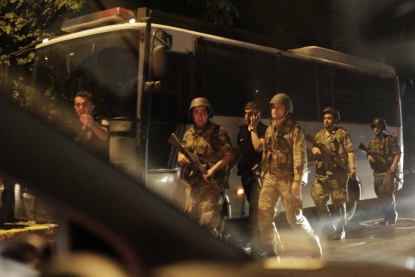 “Why are you driving like this,” he asked me.

“I should ask you why I am driving like this,” I answered.

“The military has taken over the government,” he said.

When he told me that, I crashed into the car in front of me. My foot must have slipped off the break and I forgot to press it again. 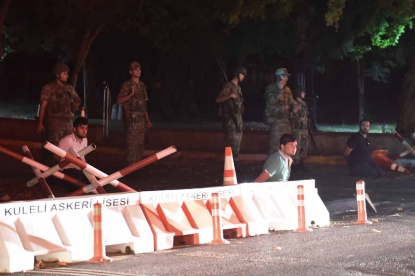 Turkish security officers detain unknown individuals on the side of the road on July 15, 2016 in Istanbul, during a security shutdown of the Bosphorus Bridge. (AFP / Bulent Kilic)

I drove even crazier to the bridge now. Along the way I saw people in uniform detaining some people. I took some shots. The people in uniform started to shout at me. “Ok, sorry!” I yelled back and kept on driving. When I got to the bridge and saw so many soldiers around, I called the office in Paris. It’s a coup, you have to send photographers before they close the airports, I told them.

Suddenly they began to shoot at us

On Friday evening I was at the French consulate shooting the commemorations about Nice. I left around 9 pm and went home. When I was home, I saw tweets that soldiers were blocking the two Bosphorus bridges and that they were detaining some police officers and that similar stuff was going on in Ankara. I knew something was wrong, but I didn’t think it was a military coup.

I went to the prime minister’s office. I figured if there was a coup, they’d try to take the prime minister’s Istanbul office. I stayed there for an hour, but nothing happened, there were no soldiers there. I saw some police stopping cars on the street and just taking their keys. After an hour, I heard that soldiers were in Taksim Square, so I headed there. First I walked — there were no taxis or buses on the street. Then I managed to flag down a minivan that was heading in that direction, with eight people inside. 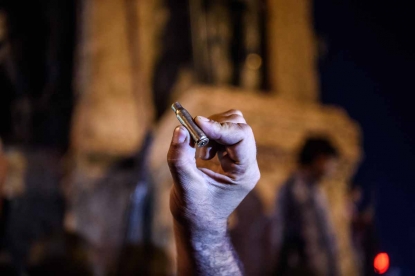 The driver dropped us off near a military base near Taksim. So we got out of the car — me and eight ordinary people, civilians. And suddenly they began to shoot at us. Police were on one side, soldiers on the other. And us in the middle.

One of the guys who was in that minivan with me was shot in the head. He was a meter away from me. I saw him drop to the ground. I heard bullets whizzing past me, I saw the spent ones falling at my feet. So I began to run. 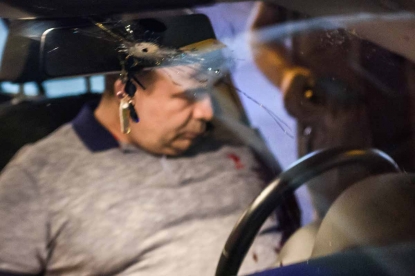 I ran and ran and ran. After about 200 meters, I stopped next to a white car. The driver had been shot, slumped in the seat. I was shocked. I couldn’t understand what was going on, what was happening.

I took some pictures of him and I ran to Taksim Square.

I took cover. I was shocked -- I didn’t expect so many people would be ready to die. I could see the soldiers shooting. But they, the people facing off in front of them, they didn’t stop. 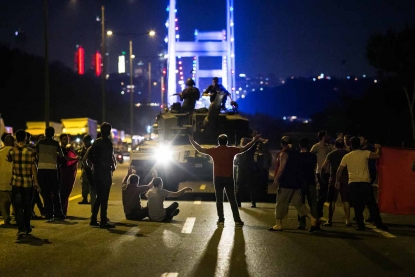 I pulled back, sent some photos and went back. I saw a tank firing at the people. At the same time, you had jets flying low over the city, setting off sonic booms. I thought they would bomb the police station and made a mental note to stay away from it.

And then, I don’t know how it happened, but it became morning. It was like in a film -- you go out for a normal day and suddenly it’s 24 hours later. That’s how I felt. I went out to shoot the bridge for the Nice commemorative service and then I realized that the sun was coming up. 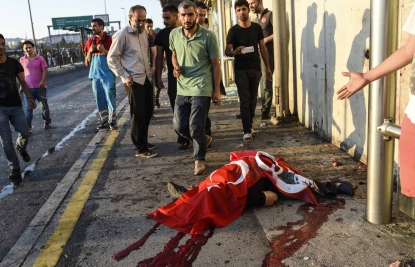 A civilian killed by Turkish soldiers lies on the ground on the Bosphorus bridge in Istanbul on July 16, 2016. (AFP / Bulent Kilic)

By that point, the people who had gathered were pushing to get to the soldiers’ position. Word spread that the soldiers on the other bridge had abandoned theirs, which only spurred the crowd on.

Throw him off the bridge!

Then suddenly the people were running toward the tanks. I ran with them.

Then someone next to me said, ‘They’re killing soldiers over there.” I went in that direction and saw a soldier, a simple rank and file, who was being attacked with knives and kicked. He was already dead. People around were shouting “Throw him off the bridge!” 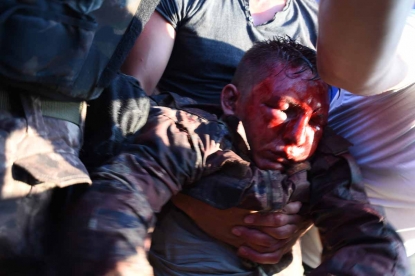 And then, some guy pulled off my helmet and hit me with it. And then others started to hit me. “Throw him off the bridge!” I heard. I thought they were going to kill me. And then out of nowhere some guy appeared, screaming, “What the hell are you doing?” And I started yelling “Stop! Stop! I’m from the prime minister’s office!” When I said that, they stopped. 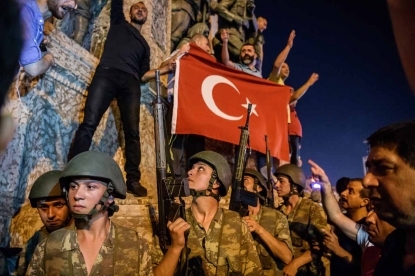 I took some pictures and 20 minutes later, the soldiers began to shoot into the air. The people continued to shout slogans. At that point, I didn’t see anyone injured. After 10 minutes, they shot at their feet or directly at them. Some soldiers pointed their guns into the air and some point their guns at the people.

Then there was chaos. Everybody was running, they were trying to protect themselves from the fire. At that point, two jets flew really low over the city, setting off sonic booms. The noise broke some store windows. At first I thought they were bombing somewhere.

I decided to change my position. It was a mess, there was gunfire everywhere. I saw helicopters flying above. There were people everywhere. Some were angry and protesting and some were just trying to go home. It was total chaos. I saw lots of injured people. It was night, so you couldn’t really see anything. You only heard gunfire. Whenever the gunfire was near, I tried to change my position and protect myself.

And that’s how I spent my night, wandering from place to place. Around 3 or 4 am, I saw some people who were catching soldiers and taking them to the police. I saw about three or four soldiers like that.

In the early morning, I went to the office, took a helmet and flak jacket and went out again.

Everyone was shocked about this. I’ve heard my father and my grandfathers talking about the coups that they lived through and they always said that they usually did it early in the morning because there were few people on the street and that there were always soldiers everywhere, they would just take over. And when I went to Taksim, there were those 100 soldiers facing off a larger crowd. 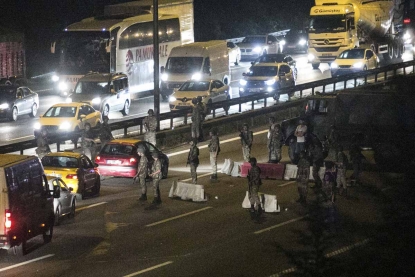 Turkish military on an Istanbul road after the coup. (AFP / Gurcan Ozturk)

Nothing will be sane after this

And then I saw some of the things being put on Twitter. They were broadcasting how they were killing soldiers on Twitter. That soldier who was next to me? They apparently cut off his head. I saw the pictures on Twitter.

On that bridge, it’s the most scared that I’ve ever been. And I’ve covered wars. I’ve been to Syria.

This is my country, this is my home, this is the bridge that I’ve known since childhood. And the people were losing control on the streets. Nothing will be sane after this. 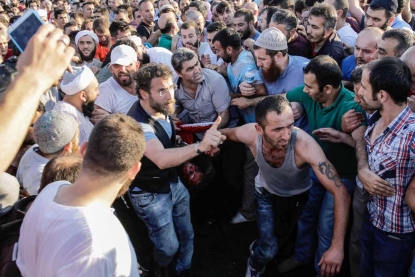 The body of a lynched soldier is carried away. (AFP / Yasin Akgul)

The images from the bridge... will change the country

The images from the bridge, they will change the country, nothing will be as it was before. The Turkish people have always had respect for the military and on that bridge, they actually killed soldiers and posted the images on social media. 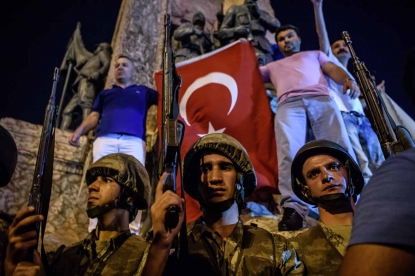 The soldiers in Taksim the night of the coup attempt. (AFP / Ozan Kose)

I saw people kicking the soldiers’ dead bodies, attacking them with knives. And the police couldn’t do anything. Everyone is shocked.

I saw the eyes of the soldiers on Taksim. They didn’t seem like they knew what they were doing. They seemed lost, totally lost.

This coup attempt has left so many people dead. Everything in Turkey will change. Now the people are divided into two sides -- those against Erdogan and those for Erdogan.

Since the coup, every night, people have been protesting, in different squares across the city. They’re just protesting and I don’t know when they’ll stop. 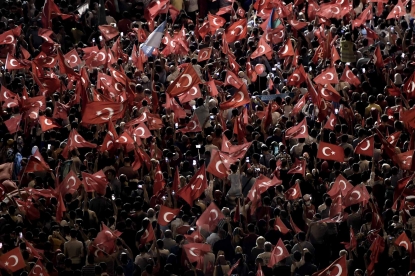 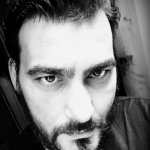 AFP photographer based in Istanbul
All posts 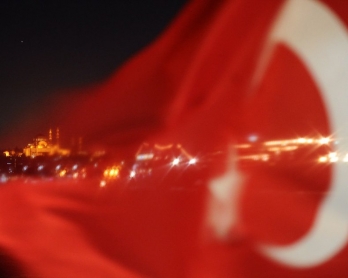 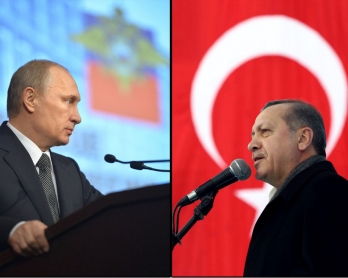