A happy interlude in Madrid

Madrid - For an Andalusian like me, snow has always seemed exotic and wonderful. But the snow in Madrid this month reminded me that there is something epic and terrible lurking behind its beauty. The weather service had been warning since the start of the year that this would be Madrid's “snow storm of the century”. But typically Hispanic in their unbelief, few people here were prepared for it - starting with the authorities, who were astonished and overwhelmed by the biggest snowfall in 70 years. 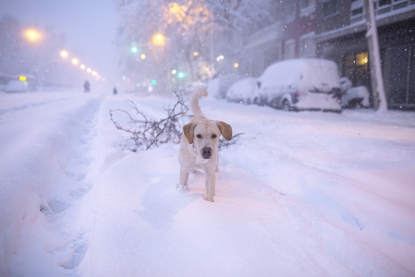 It started, like an ill-timed Christmas story, on January 7, the day after the Feast of Epiphany whose usual festivities had been dampened by the Covid pandemic. The annual Three Kings carnival parade through the streets had been cancelled. When I saw the flakes begin to fall, my first reflex was to go to the Retiro, Madrid's grand central park. I didn't want to miss the sight of the fresh, fluffy snow on the magnolia leaves. 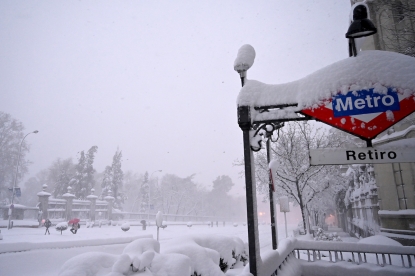 When the snow paused that evening, many Madrileños flocked to the park to take photographs. 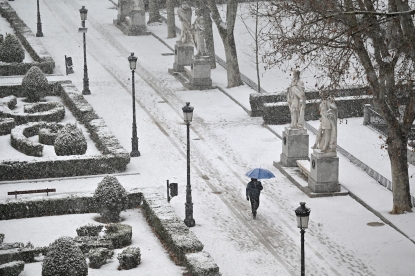 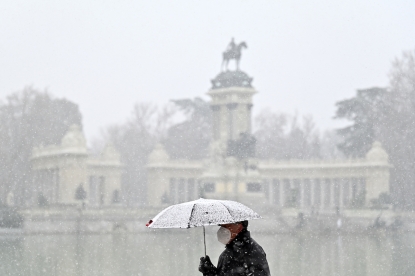 The snow started again late in the morning on Friday, January 8, piling up on the pavements and cars. At first, life in the city carried on at its usual pace. But by seven o'clock in the evening, it had become hard to drive even on the main avenues. Finding a taxi was impossible. 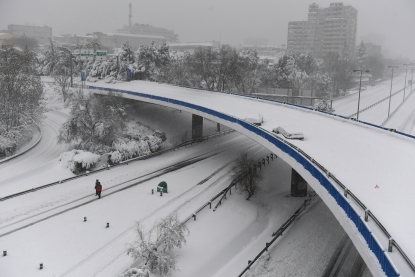 By 10 o'clock that night, Madrid was a city bewitched by snow. Joy was in the air. At the iconic gateway of the Puerta de Alcala, friends and couples took photos of each other, laughing at passersby walking with ski sticks. Venezuelan families held up their phones to show the extraordinary scene to their distant relatives live via video-call.

Down the street, the statue of the ancient goddess Cibeles on the roundabout in front of the city hall was crowned with snow, to the delight of the fans of Real Madrid football club -- “the whites” -- for whom the statue is a rallying spot to celebrate winning trophies. 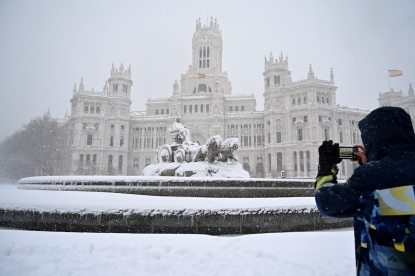 On the Gran Via at the heart of the city, a man slid by on skis. In the nearby Hortaleza district, another glided along on a sleigh pulled by five dogs.

Stricken with death last spring due to the pandemic, the city, now in the midst of winter, stood suspended in a dream of laughter and revelry. On a strange impulse, I re-read the book of Esther, the biblical tale of a Jewish Queen and her cousin who turned what was ordered to be a day of massacre into an occasion for festivities. 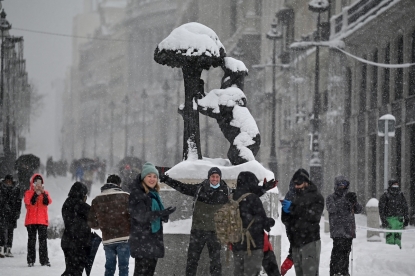 The snow fell all that night; on Saturday morning came the chaos. The airport was closed, major roads including the Paseo del Prado lay under half a metre of snow, and hundreds of drivers had spent the night trapped in their vehicles. Thousands of tree branches came crashing down under the weight of the snow on their leaves; some were fully uprooted and lay blocking streets.

In the supermarkets -- those that managed to open -- there was a sense of emergency: time to stock up heavily, and quickly, to be prepared for what might come. Shelves were emptied of some products -- just like in March on the eve of the Covid lockdown.

The extraordinary scenes continued all weekend. Dull urban landscapes were transformed into picture-postcards. The people of Madrid were like Colonel Aureliano Buendia in the opening of the classic Colombian novel “100 Years of Solitude”, transported into a state of wonder one distant afternoon when his father took him “to discover ice”. Snowmen and snow-women multiplied in the streets.

Outside the gates of parliament, the monumental bronze lions sat hooded and blinded by snow. Nearby, a young woman took a photo of a friend, head down in the snow, her legs kicking; elsewhere a group of youths rolled an enormous snowball, like gleeful Sisyphuses. 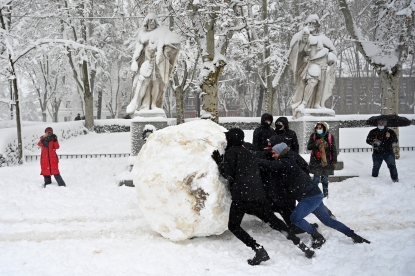 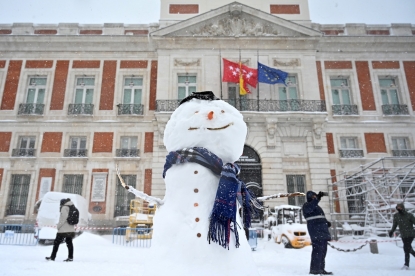 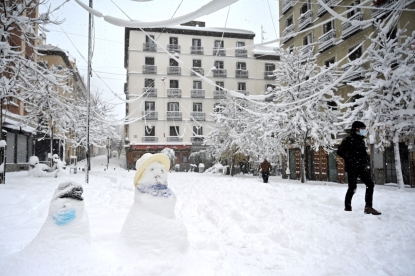 The weekend of joy peaked on Sunday, under bright sunshine. Locals strolled along the broad Castellana avenue, amid a trickle of traffic and the green trucks of a military emergency unit -- never deployed in the city in normal times. 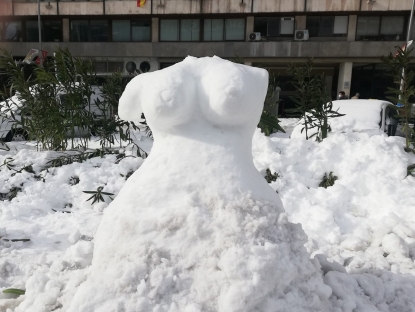 After the snow, came the ice. A historic wave of cold dragged the temperature below minus 10 degrees Celsius in Madrid -- its coldest in half a century. Elsewhere in the interior of the country, it plunged to minus 25. Slipping became a major hazard. The healthcare service was already swamped due to the Covid pandemic; then on the Monday and Tuesday after the snow, more than 2,000 people went to hospital for bumps and bruises.

Thousands of households suffered shortages of running water as pipes froze. In the major Cañada Real slum near Madrid, the cold caused a humanitarian crisis for families living in shacks. 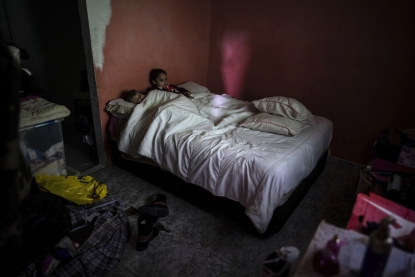 As politicians squabbled over the failure to prepare, the city slowly started moving again; workers and local residents came out with spades, brooms, rakes and ploughs to clear the stubborn snow from the streets. Trudging over the piles of ice and snow, among fallen branches and uncollected bin bags, felt like walking through ruins. 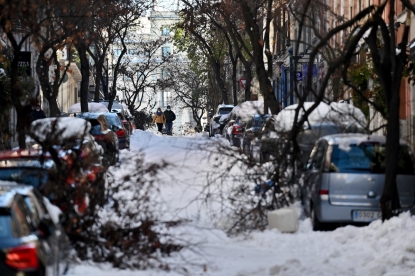 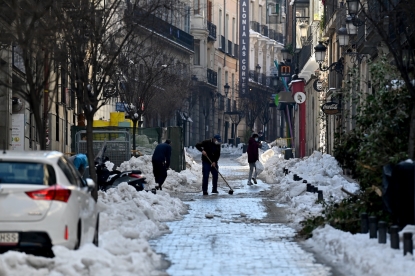 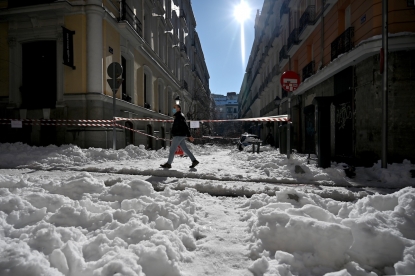 The scene recalled last year's lockdown which left streets deserted and ghostlike, with a difference this time: a sense of fleeting beauty. 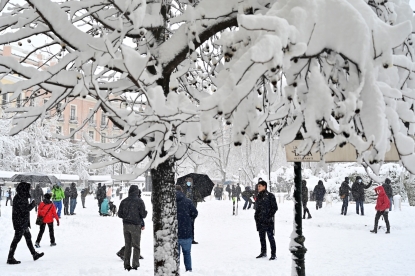 Customers were scarce in the shops. But small business owners in Madrid responded with typical Spanish stoicism.  Wine seller Emiliano de Diego in the Prosperidad neighbourhood proudly recalled how he opened every day during the lockdown. He wouldn't let the snow put him off either. “I've known since I was a child that life is about sacrifices, blood and fire,”  he said. “Without that, you've got no chance.” 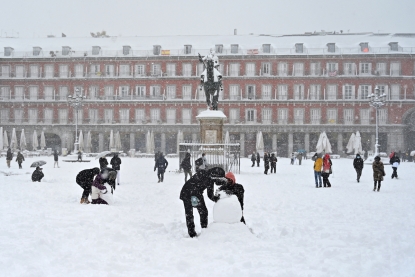 This blog was written by Alvaro Villalobos in Madrid. Translation by Roland Lloyd Parry in Paris 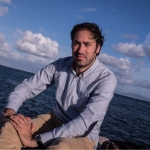 ‘Behind closed doors’: the new normal in sport