ZURICH, Switzerland, June 3, 2015 – When AFP’s Swiss photo chief Fabrice Coffrini calls at five pm on Tuesday evening, to ask me to cover a last-minute press conference at FIFA’s headquarters in Zurich, I have little idea I will be getting a front-row seat to football history.

For a week now FIFA has been in the throes of a colossal corruption scandal. But its president Sepp Blatter seems as unshakeable as ever. Five days back, at the height of the uproar, the 79-year-old was elected to a fifth term at the head of football’s governing body. That very morning FIFA put out a statement playing down fresh allegations against several of its officials. 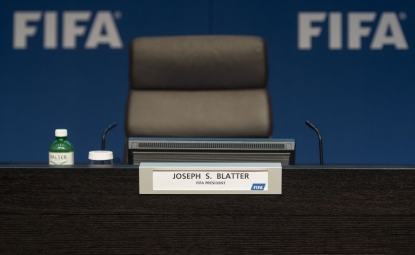 The press conference is called for six pm. But few journalists have had time to make it at such short notice, and the large conference hall is half-empty. At that point we don’t know who will be speaking. When I get there I see a seat on stage with a name card for Joseph S. Blatter. I take a shot of the empty seat but moments later his name is removed, leaving only that of FIFA’s communications chief Walter De Gregorio – who I assume will be addressing us alone. 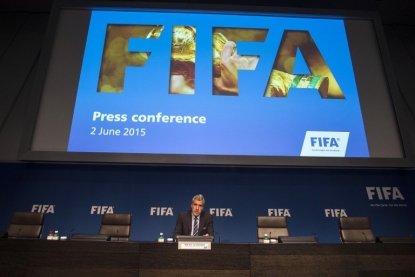 Twice we are told the conference has been delayed. It finally gets started at 6:45 pm. De Gregorio takes place on stage and tells us there will be a statement from Sepp Blatter. We all expect him to pull out a piece of paper and read a written declaration by his boss.

But then, all of a sudden, a door opens and in walks Blatter himself. We are taken completely by surprise. Instead of sitting down, he walks up to a pulpit on stage, and starts reading out his statement. 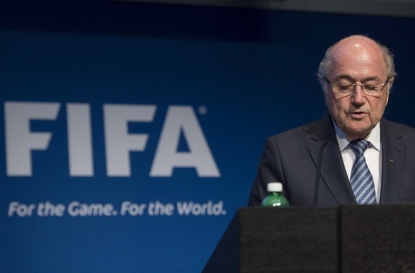 As I take my pictures, I listen to what Blatter is saying.

I stop shooting for a moment. I can’t believe my ears. Suddenly I realise none of the shots I have taken so far illustrates the magnitude of what is taking place. THE picture, the one that symbolises the fall of the boss of world football, will be the one of him leaving the room. 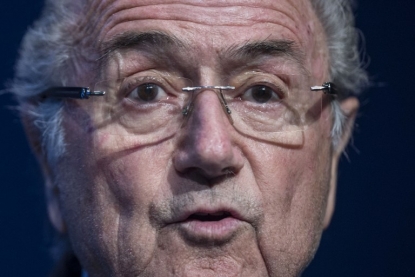 But to nail that shot I absolutely need to change position. I am on the left of the room. Blatter came in by a door on the opposite side, to my right, and I have an intuition he will be leaving the same way - through the door that is closest to his pulpit and where his bodyguards are waiting.

FIFA’s press officers don’t like photographers to move around during briefings. But since the room is not packed I figure that I can do so without bothering anyone. So I make my move.

At this stage I am more than a little nervous. I haven’t got many shots of Blatter, and if I miss his exit I will feel I have fallen short on this huge story. I am certain he will be leaving to the right - but you never know… 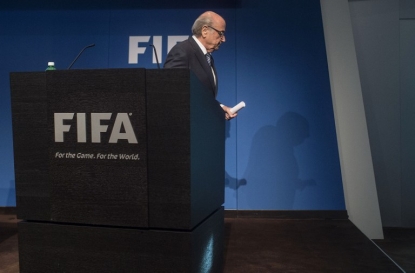 Blatter wraps up his short statement and, phew, heads slowly for the right-hand door. One of his body guards opens the door, which leads directly outside the building, and beckons for him to pass. The photo is tricky to take: a blinding white light pours in through the opening, but inside the conference room the light is dingy.

Straight away my photo goes viral. I admit I am taken by surprise. I am a freelancer here in Switzerland, not used to covering events of worldwide importance – or for my pictures to go global on social media. But the main thing, as far as I am concerned, is that my gamble paid off – and I came back with a picture that perfectly captures the mood, and the momentous events of that day.

Valeriano Di Domenico is an independent photographer based in Zurich. Click here to view his personal website. 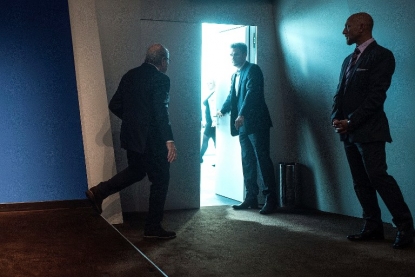 Rio, I wish you peace