Of dingy bars and rides with strangers

Chengannur, India -- The bar was cheap, dingy and smelly, but we were thrilled beyond words to find it. After a day of reporting on one of the worst flood-hit regions in India’s Kerala state, we desperately needed a place with an electricity plug to recharge our equipment, a place to sit and a half-decent Internet connection so that we could send the reporting that we had gathered to our desks and on to the outside world.

Luck is paramount when you report on natural disasters, as I’ve learned over the last few years while covering floods, earthquakes, cyclones and other disasters for AFP across South Asia. Extensive research and contacts can’t prepare you for everything that you will encounter on the ground. You may know where to go for possible stories, but how (and if) you will reach there almost always depends on luck and persistence. As does getting out the information you collected. Hence our elation at finding that dingy bar. 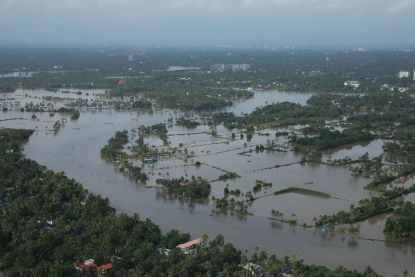 The worst floods in a century in India’s southern state -- a tourist haven otherwise known for its pristine beaches, placid backwaters and luxury resorts -- left around 1.2 million people homeless and killed over 400 people this August.

But here, inside this packed bar, you could easily forget about an unfolding tragedy around us. The local revellers were living up to the state’s reputation for having the highest per-capita alcohol consumption in India. Me and my colleague, photojournalist Manjunath Kiran, spent the next four hours ordering things we’d never eat -- just to hold on to a corner table. 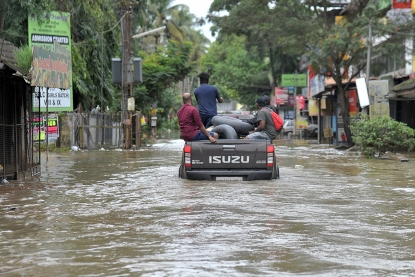 At one point, maybe around the two-hour mark, one of the men behind the bar objected that my laptop, plugged to one of the power points was consuming too much electricity. Some drunk men from an adjoining table joined in while I was still busy sending stories of survival and mounting death toll. 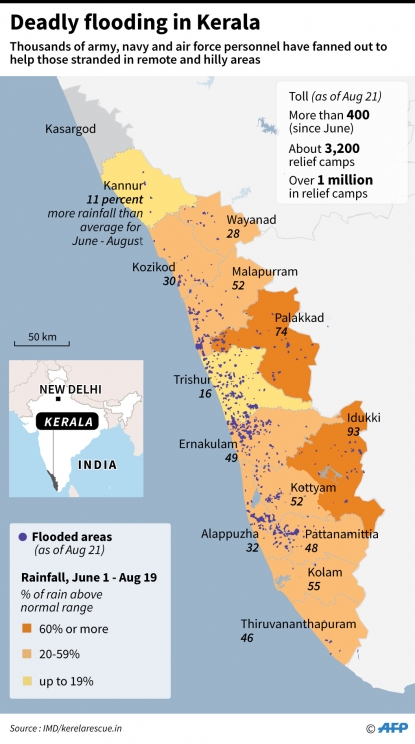 It was both crazy and hilarious. I really couldn’t understand what they were saying, mostly because they were either too drunk to form a proper sentence or spoke the local Malayalam language. At one point, it was just me in one dark corner looking at animated locals pointing to my laptop charging cable and speaking in Malayalam.

Hindi is probably the language most synonymous with India. But there are dozens, if not hundreds, of different languages and dialects that thrive across the country. So it is entirely possible that even a Hindi, English and Punjabi language speaker like me can be almost entirely lost in a corner of India, like I was that night.

The commotion barely ended when another man -- his breathe reeking of cheap local toddy -- suddenly came out of nowhere and put his arm around my shoulder. He started mumbling something in Malayalam when I impulsively shouted “Kya” (What in Hindi). He realised I wasn’t a local and left after mumbling some more.

Once we had sent our stories and photos, we couldn’t wait to get out of there, hopefully never to return again. By now it was already around seven in the evening on our fourth day in the flooded state of 33 million people. Ahead of us lay the difficult task of finding a place to crash for the night, and of planning our route to another flooded region the next day.

A little bit of luck

Four days earlier I had hopped on two different flights from New Delhi to reach the city of Kozhikode in northern Kerala. Most flights in the region had now been diverted to this small airport after floods shut down the state’s main international hub in Kochi.

The plan was to somehow travel from the northern, relatively less affected, part of the state towards the epicentre in central and eastern Kerala. But even in the relatively ‘unaffected’ north, the situation was perilous. The Kozhikode airport was like a small, dry island -- no taxis were willing to travel too far from it, and said that most connecting highways were still flooded or badly damaged. 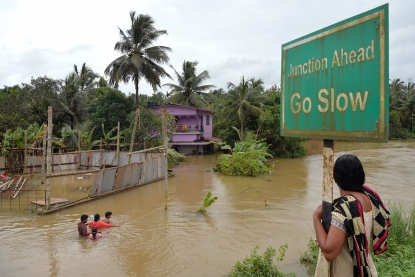 This is where luck came in. Manjunath had been introduced by chance to Vijosh K. Jose, a local offroading enthusiast. Jose, who had moved his family to relative safety, was working with an entire network of young men -- all of them owners of Indian SUVs like him -- who were now ferrying people and supplies through damaged and flooded roads in the region. 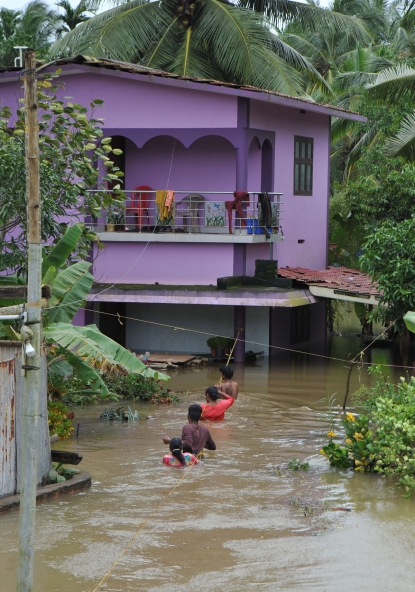 Their vehicles and driving skills, a hobby or a luxury in normal times, was now in high demand with over 10,000 kilometers of state’s roads damaged in the floods. He made a few phone calls and told us of two young men with an SUV who had agreed to let us ride with them.

Almost three hours later we met Hareesh Manamthodi and Bibin Kalathil on a dry patch of a flood-damaged highway. These two strangers were our companions for the next five days as we did almost 18-hour work days, driving on damaged or water logged roads from one flood-hit region to the other. 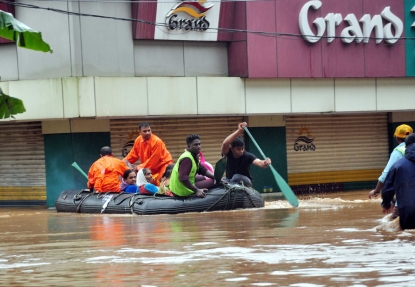 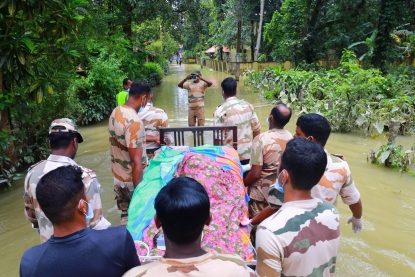 Usually Hareesh and Bibin would drop us off close to a relief camp, in a flooded neighbourhood, or next to a rescue officials’ camp, and then head out for a couple of hours, looking for any locals in need of help. A friend of theirs, Shibu Naza, a budding talent in the local movie industry, joined us in this unplanned adventure after we reached his flooded city on the third day.

Crossing certain flooded sections of the highways at night was particularly anxious. With power still out in parts of the state, it was pitch dark on both sides of the highway. There was just water and nothing was visible, except for a few feet ahead illuminated by the SUV’s headlights.

Sometimes we took wrong turns and drove for kilometers before seeing locals wading through two-three feet of water who would tell us where we were. Hareesh and Bibin gave rides to dozens of absolute strangers over the course of those days. 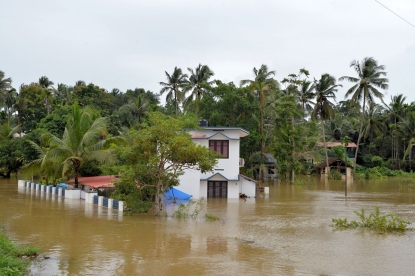 Often we couldn’t even see their faces as they sat next to us on those pitch black highways. In return for the ride, they would tell us of which routes were safe, where there were dry stretches to take us to our next stopover and showed us shortcuts.

It was heartening to witness the strong sense of community and acts of kindness between strangers. Indian society often makes headlines for its fissures and frictions, but in this natural disaster, people had seemed to put aside their differences. 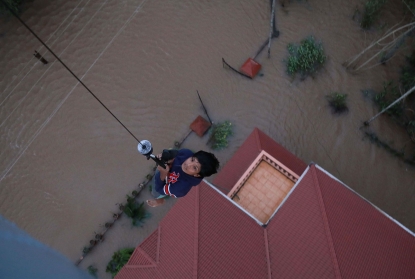 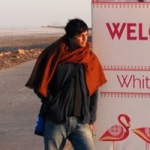