Juliette Binoche poses on the red carpet at the opening of the 65th Berlinale on February 5, 2015 (AFP Photo / Odd Andersen)

BERLIN, February 22, 2015 - Being a Berlin correspondent these days means a hard focus on crises like Ukraine, Greece and jihadist violence in Europe. But come each February, the spotlight shifts for me as the global cinema industry descends on the German capital for the Berlin film festival. It always means a head-spinning change of gears.

News wire reporters walk a thin line at these events. The idea is not to write reviews - we journalists are not critics - but to tell readers about which films delighted audiences or bombed, caused a scandal or dealt with a political or cultural issue in new ways. This year I learned about "sworn virgins" in the mountains of Albania who opt to pass as men and take a vow of chastity rather than submit to the subjugation of marriage under Kanun tribal laws. I learned about rampant baby theft in Guatemala and the roots of discrimination against Roma in the 19th century enslavement of gypsies. 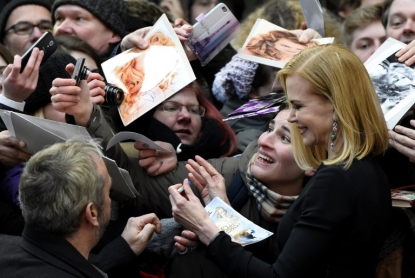 Nicole Kidman signs autographs after the Berlinale press conference for 'Queen of the Desert' on February 6, 2015

We journalists like to see ourselves as shrewd natural sceptics, holding up our end of the bargain with readers. So it's always a little jarring going to the press conferences with movie stars that inevitably begin with an effusive round of applause. The questions, too, tend to veer toward the obsequious. 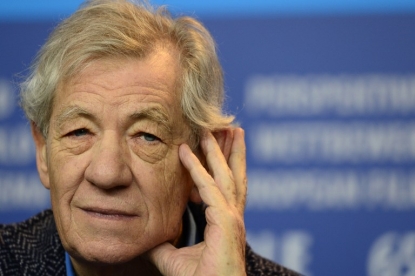 One Canadian reporter stood up at this year's festival to tell Ian McKellan that his new movie "Mr Holmes" in which he plays the iconic sleuth Sherlock Holmes racked by regrets in his twilight years, had been, for her, a "film orgasm". Sir Ian gave her a wry smirk before moving on to her question, the routine "What was the biggest challenge of this part?"

You can veer from this path at your peril. George Clooney is typically treated to a royal welcome on the festival circuit. But I remember a few years ago a Turkish journalist volunteering at a press conference with the US star that he had found his new movie, Steven Soderbergh's sci-fi flick "Solaris", "boring". 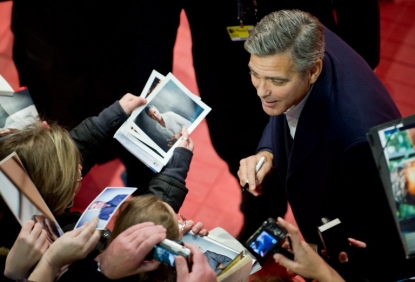 George Clooney on the red carpet for the screening of 'The Monuments Men' at the 64th Berlinale on February 8, 2014

The usual twinkle in Clooney's eyes vanished and his chiselled features twisted in rage: "I find you fascinating," Clooney spat at the reporter. "You crack me up, man. You just wanted to get up and be a rat, you know that? You just wanted to get up and say something rotten. What a jerk. I mean honestly, you know, what a shitty thing to say," he said, laughing bitterly.

Another year, Meryl Streep was in town to pick up a lifetime achievement award. I wondered what I could ask the three-time Oscar winner to get something approaching an original answer. 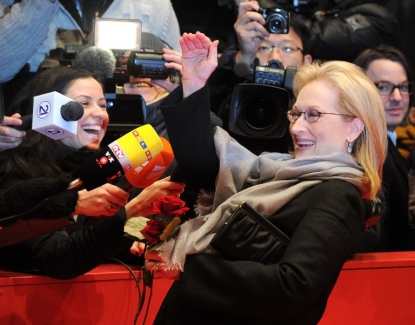 Meryl Streep is interviewed before the premiere of 'The Iron Lady' at the Berlinale on February 14, 2012 (AFP Photo / Gerard Julien)

At the pre-ceremony news conference, Streep accepted from journalists a bouquet of white roses for Valentine's Day and a hand-painted matryoshka doll depicting her in three of her roles including "The Devil Wears Prada" and "The Iron Lady" before I could get the microphone.

When it was finally my turn, I recalled that she had once said she thought she might be "overrated" as an actress and asked her to elaborate and say whose work was better. Even as Streep gave a gracious and wire-ready answer, I could feel the temperature in the room drop as the hundreds of assembled film reporters determined I was out of line. One Berlin-based Indian reporter I'd known in passing for years buttonholed me afterwards to express his disappointment in my impudence. "She's a LEGEND," he hissed. 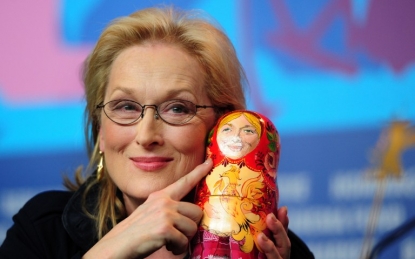 Meryl Streep at a press conference for 'The Iron Lady' at the Berlinale on February 14, 2012 (AFP Photo / Johannes Eisele)

Compared to Cannes, which is much more restrictive in its media accreditation practices, the Berlinale likes to call itself a "democratic" event with relatively open doors. This tends to mean more eccentrics among the reporters driving the press conferences - often a splash of cold water for celebrities used to being coddled by handlers and hand-picked interviewers.

A decade ago, Jack Nicholson and Diane Keaton came to Berlin to promote their new romantic comedy. Nicholson was in grinning tom cat mode but Keaton seemed put-upon from the start, asking an assistant to replace her mineral water with red wine.

When the then 58-year-old was hit with a barrage of questions from the packed room about a fleeting nude scene in the movie, she eventually broke down: "You ask weird questions and I don't know how to answer them," wailed Keaton, burying her face in her crimson leather gloves. "This is hard," she said before mustering a response: "It was my pleasure to be naked in the movie." 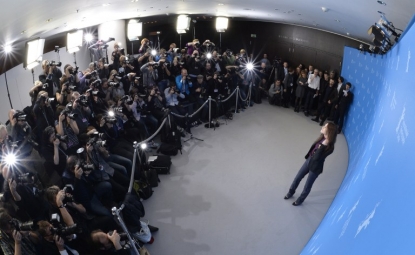 Charlotte Gainsbourg at the photocall for the Wim Wenders film 'Every Thing Will Be Fine', at the Berlinale on February 10, 2015 (AFP Photo / Tobias Schwarz)

In the end this year, it was a movie with no Hollywood stars or big PR operation behind it that won Berlin's Golden Bear top prize: Iranian dissident director Jafar Panahi’s banned picture "Taxi", which was shot in secret, using a camera mounted on the dashboard of a yellow cab with the filmmaker himself behind the wheel.

Panahi has also been outlawed from travelling abroad and so after 10 days in which our exhausted photographers and video teams had been running around to mass photo calls and freezing their fingers off on red-carpet duty, the final image of this year's festival was the director's tearful young niece Hana standing in for her uncle on the stage, triumphantly holding the statuette aloft. 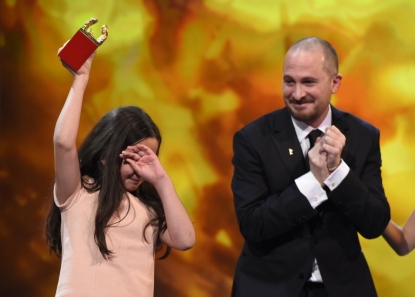 The image went around the world and the Berlinale spotlight seemed like it could do a bit of good, perhaps offering Panahi a little more protection from harassment or worse in his home country. There was hardly a dry eye in the house.

Film festivals like the Berlinale can be stressful and put stars and journalists a little on edge - but those unscripted moments are a big part of the fun. At a time when fewer people are going to the cinema and more are watching pictures on smaller and smaller screens, on their own, film festivals are places where people take movies seriously, sometimes even too seriously. On and off screen, there's always drama.

Deborah Cole is an AFP correspondent in Berlin 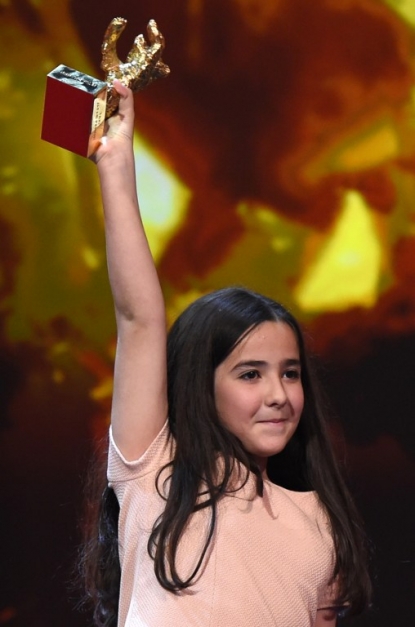 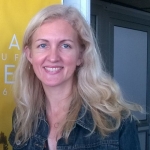 At the Hamas youth camp

A brief game of football on Ukraine frontline